On The Pro Football Handle, Las Vegas-based sports talk voice Matt Perrault and veteran bookmaker Robert Walker of USBookmaking dive into select NFL games, line movements and bookmaker liabilities, plus greater sports betting topics and stories that may have nothing to do with football. Walker has seen it all behind the counter and Perrault the same from behind the microphone, so they’ll have you prepared for anything.

It’s already NFL Week 6! This week the guys have spent some time soaking up the Global Gaming Expo (G2E) floor, some new sports betting products and also a borderline contentious panel that included an MLB and a gaming association executive.

On the gridiron, some home dogs for your consideration,  first international game of the season. And scoring is up 10 percent over last year with another total in the 60s (!!) in the marquee matchup between the Kansas City Chiefs at Foxboro to face the New England Patriots. Giddy up!

Spotify fans go here to listen.  Time codes for the episode follow below. Your feedback is welcome at @sports_handle.

1:18: The show’s on the road from G2E and the MLB is at the to sell its “integrity fee” or rather by rebranding it as a “royalty.” Sports Handle Editor in Chief Brett Smiley jumps on to discuss public perception of the integrity fee/royalty debate.

9:36: The future of retail and mobile wagering and Nevada’s archaic in-person sign up requirement.

24:33: L.A. Chargers -1 at Cleveland Browns — Home dogs historically do well or at least have “sharp” bettor backing. Chargers are slight favorites or about a pick ‘em game.

28:03: Seattle Seahawks -3 vs Oakland Raiders (London) — How do international games impact bookmaking? Both teams are desperate and it’s a neutral field.

30:43: Jacksonville Jaguars -3 at Dallas Cowboys — The Jags are a juggernaut, but QB Blake Bortles is a singular (and key) fatal flaw.

33:36: Pittsburgh Steelers +2.5 at Cincinnati Bengals — The public is buying into the changes the Steelers made last week and it’s a “show me” game for Cincy to prove if they are one of the best teams in AFC.

37:17: Chicago Bears -3 at Miami Dolphins: What is Miami? At least the Bears are the better team.

40:53: Kansas City Chiefs +3.5 at New England Patriots — Will the Brady vs. Mahomes showdown live up to the hype? Maybe take the under…

Thanks for listening and see you back next week, tell a friend, sign up for our newsletter and also check out our Cover City Podcast, featuring sports bettor Eric Rosenthal. 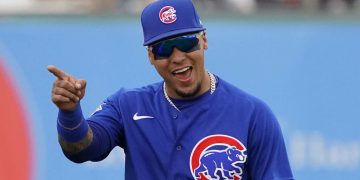