Take Me Out To The Ballpark … Or Golf Course

Four sports that could offer isolated fans a break 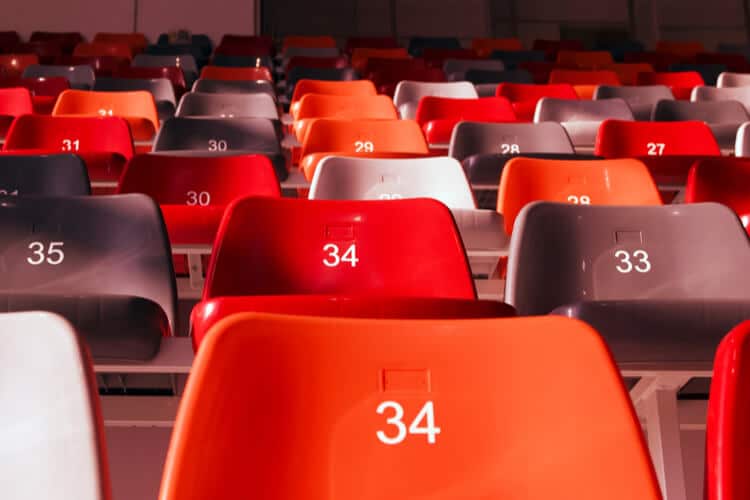 Last Sunday night was the night we’d all been waiting for — the NBA’s virtual game of H-O-R-S-E started on ESPN. It continued Thursday and into the weekend.

After a month with no professional sports in the U.S. due to the COVID-19 pandemic, you would have thought ratings would be great. But the show drew only 686,000 viewers, and as one of them, I know why. The competition was pre-recorded, the quality of the video (in some cases on smartphones) was abominable, and frankly, the players and commentary were neither fun nor exciting.

Legal digital sports betting is still available in nine states, but it has been reduced to soccer in far-flung locales, ping-pong, darts, and the like. Several states have added some eSports to their offerings. But put up a baseball game or a tennis match or a golf tournament, and sports bettors would rejoice.

I applaud the NBA for trying something, but the truth is, what Americans need is professional sports. Any professional sports in a live setting with sweat, bleeped-out curses and something on the line. Major League Baseball still seems to be aiming for a summer start. Admittedly, it would be different without the roar of the crowd, but oh, to hear the crack of the bat.

Missing baseball so much, I made a field in my own backyard!@MLB @BlueJays @GameXplain #AnimalCrossing #ACNH #bluejays pic.twitter.com/O03m7rdP8G

(You can check out baseball in Taiwan, which started a few days ago with a robot pitcher and mannequins in the stands. It’s being broadcast in English.)

Sports will help nation get back to normal

But what we really want is Red Sox-Yankees, Cubs-White Sox, Dodgers-Giants. So here’s hoping that MLB really does find a way to start its season in the first half of the summer. At the very least, we’ll have some golf to watch starting in June, as the PGA Tour announced Thursday that it will resume a modified season beginning with the Charles Schwab Challenge at Fort Worth’s storied Colonial Country Club June 11-13.

I know that playing pro sports — especially teams sports — will be a hardship for the athletes. In some cases, they’d need to be away from their families for an extended time, but the truth is, it was baseball and football that helped to right the nation in 2001 after 9/11.

It was Sept. 17, 2001, just six days after the attacks, that baseball united our nation by unfurling gigantic flags, saluting flyovers and giving Americans something other than tragedy to focus on. Less than a week later, the NFL was back on the field, honoring first responders and victims –with fans sporting American-flag face paint — and offering a mental break from the madness.

This pandemic is quite different than 9/11, but another large-scale tragedy that will change the way we live. And what people need now is an escape. Until then, here’s a list of pro sports that, with some planning and care, could be played safely in our new bizarro world.

It should go without saying that any of these sports would be contested without fans, and likely with participants being coronavirus-tested prior to competition, but I’m working off the assumption that a few exceptional, strategically placed cameramen could give us all something to cheer for.

It’s one of a handful of sports still being played by amateurs and hackers across the country. And why not? You truly do not need to touch another human being, or for that matter, come within 10 feet of another person while playing. The PGA Tour seems to agree.  And so does the PGA of America, which is prepared to run the PGA Championship, even if that can’t be done at San Francisco’s Harding Park in August.

“If the safest and/or the only way to [hold the PGA] is to do it without fans, we’re fully prepared to do that,” PGA of America CEO Seth Waugh said in a radio interview. “We believe that having it as a television event is worth doing regardless of whether there’s fans there or not.”

Note to PGA: Sports fans agree, too. As a sports reporter, I can tell you that is was thrilling to see Tiger and Phil or Jack and Arnie up-close and personal, but golf is beautiful on television, so I’ll take it.

Golf fans just have to make it to June and then buckle up for what should be one hell of an 11-month ride. https://t.co/fJT0M0ktFV

It was pointed out to me that players might not want to risk traveling to tournaments, but I’d argue that the best of the best have their own transportation, or can afford to arrange it.

In fact, the Cactus Tour, a lower-level women’s golf tour, is still going on, and a few LPGA players have found their way into the small fields as a way to keep competing while the LPGA is on hiatus. Among them are Amy Olson, currently ranked No. 9 on the LPGA moneylist, and Anna Nordqvist, who is ranked No. 75. All of the tournaments between now and May 8 are at courses around Arizona.

Anyway, make yourself a pimento-cheese sandwich — the most famous food in golf — and cross your fingers.

It’s so disappointing that Wimbledon was canceled. After all, tennis would seem to be among the top sports that could be played while social distancing. Eliminate all the hangers-on and, at the end of the day, a singles match is between two people on opposite sides of the net. In fact, in Illinois, Chicago Tribune sportswriter Teddy Greenstein was so desperate to get out and play that he provided a checklist of how to keep things safe, including using your racquet to corral balls and using hand sanitizer for changeovers.

It seemed Greenstein’s biggest fear was getting caught by the cops, but in a professional setting, that wouldn’t be an issue. But think about whom, besides the players, is really needed — judges, medical personnel, coaches on site, and camera crews. Players can chase their own balls, and as Greenstein points out, there’s no reason to touch another player in a tennis match. Who of us wouldn’t be riveted to another Djokovic-Federer knock-down, drag-out, five-set Wimbledon final?

The @Wimbledon 2019 men's final- When @rogerfederer was up 40-15 and had 2 championship points, I was shouting and was up with my phone to record the moments of victory. The trauma that followed was incredible, and lasted till Oct, when the GOAT himself replied to me on Twitter https://t.co/L3TPiLCB2n

There’s probably not a lot of sports betting on bowling in the first place, but the Professional Bowlers Association postponed its season in mid-March, including the playoffs, which were set to start April 6. It would seem to me that bowling would be one of the easiest sports to restart with social distancing and in a safe environment. After all, professional bowlers bring their own equipment and can literally stay in their own lane while competing. For team competitions, teams could be spread throughout a venue. In fact, competition could go virtual with bowlers simultaneously competing at different sites to further keep distance.

I’ll be truthful when I say I don’t know much about pro bowling, but it certainly does seem to lend itself to playing in isolation.

If the PGA or Major League Baseball can play without fans, then billiards and snooker most certainly can, too. After all, we’re talking about a table, balls, cues, and two players at a time. I wholeheartedly disagree with World Snooker Champion Judd Trump, who said earlier this month that his sport’s world championship “can’t be played behind closed doors.” It most certainly can, Judd, and you’d be doing the people of Great Britain a favor by playing.

Shooting pool doesn’t require a crowd — either to watch or tend to the competitors. Much like tennis, I suspect you’d need the competitors and an official to be at or near the table. Any other necessary personnel could stay back. Competitors bring their own cues, and the balls and table could be sanitized regularly throughout the competition. 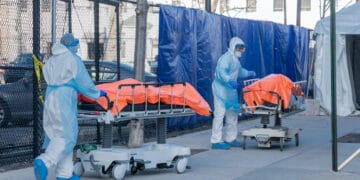 COVID-19 And Betting On Death: Valuable Info Or Purely Vile?

Circa Sports Raises Stakes In Battle For World’s Largest Sportsbook