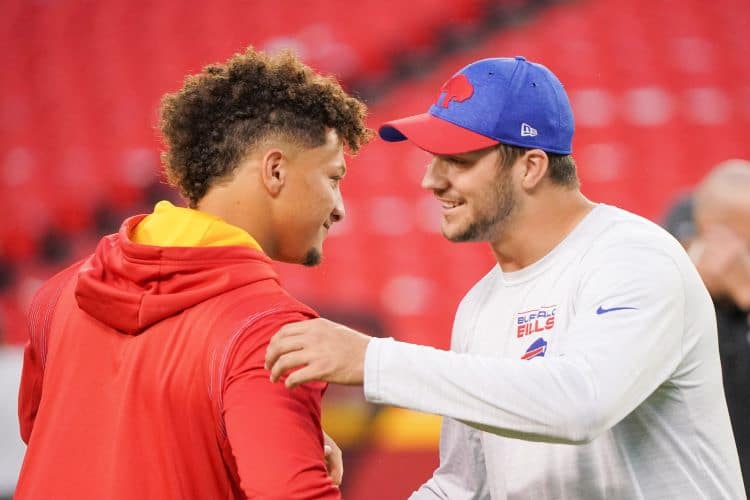 Sports bettors logging on to their PROLINE + accounts in Ontario to wager on NFL games last weekend might have noticed an interesting development. For the first time ever, the sportsbook offered pre-game NFL player props.

The selection was somewhat limited to the basic categories, including total passing yards, total receiving yards, and total rushing yards. In the past, PROLINE + had offered in-game player props only.

PROLINE +, the Ontario Lottery and Gaming Corporation’s provincially run online sports betting platform, is currently the only legal option for players in the province of Ontario. However, the sportsbook will soon have plenty of competition in the space once Ontario’s open iGaming market launches. In a matter of weeks or months, PROLINE + will lose its monopoly on legal sports betting in the province once dozens of private operators get approved licenses and flood the Ontario marketplace.

The challenge for OLG and PROLINE + moving forward will be modernizing its product and maintaining its customer base, as private operators, such as DraftKings, FanDuel, BetMGM, Caesars, PointsBet, BetRivers, and theScore Bet, entice players with their array of offerings and potential promotions.

Prior to the legalization of single-game sports betting in Canada last August, PROLINE players needed to visit retail locations and fill out paper slips in order to place their wagers. Betting on parlays was the only option.

Props a hit in first weekend

It was a wild weekend for NFL bettors, with underdogs covering the spread in three of the four thrilling divisional round playoff games. Sunday night’s clash between the Buffalo Bills — Ontario’s adopted NFL team — and the Kansas City Chiefs was widely hailed as one of the best football games in recent memory. Bills fans and bettors were crushed after the team fell 42-36 in overtime.

“The game was by far the largest single event wagered on since we launched PROLINE+, representing a 48 percent increase in total wagers as compared to the previous record, which was last week’s game versus the Patriots,” OLG Director of Communications Tony Bitonti told Sports Handle.

The sportsbook took losses on players that bet on Chiefs quarterback Patrick Mahomes (over/under 284.5 passing yards) and Bills signal-caller Josh Allen (O/U 280.5 passing yards) to rack up big stats through the air. Both QBs tossed for over 300 yards, sticking it to the book. Bettors that took Kansas City tight end Travis Kelce to have more than 69.5 receiving yards (he finished with 96) also hurt the book.

“The QB passing yards props are always very popular, as were all of our additional player props,” Bitonti noted. “However, we received 47 percent of our player props action on the total receiving yards props. These props, and the ones PROLINE + will be adding both for the upcoming conference championship games and, of course, the Super Bowl, are a very important part of our continual plan of improvement to our PROLINE + product.”

Diggs redeemed himself to an extent, though, when he punished a Chiefs fan that ran onto the field during play with a huge hit.

Stefon Diggs was the only Bills player who could stop someone wearing a Chiefs jersey all night pic.twitter.com/wBPzh82S1r

PROLINE + is planning to roll out four more prop markets for this Sunday’s slate of NFL games, including longest touchdown, longest rush, longest pass completion, and longest field goal. The sportsbook promises to have even more props available by the Super Bowl on Feb. 13, as well as something “very special” for sports bettors regarding the NFL’s championship game. Bitonti said more details regarding a “very unique opportunity that you just might not see anywhere else” will be announced to bettors in the week leading up to the game itself.

OLG is expecting huge handle for the Super Bowl, as it’s looking less likely by the day that private operators will be licensed in time for the game. Back in December, PROLINE + reported the most betting action in the history of the brand on the Grey Cup, the Canadian Football League’s championship game. Single-event wagers accounted for 82% of the bets on that contest.

PROLINE + will also be offering a wide range of Olympic event offerings. You can already bet on who will win the most gold medals on the site. Canada (+800) and USA (+1500) both sit well back of favorite Norway (-400) in this category. The Winter Olympic Games run Feb. 4-20 from Beijing, China.