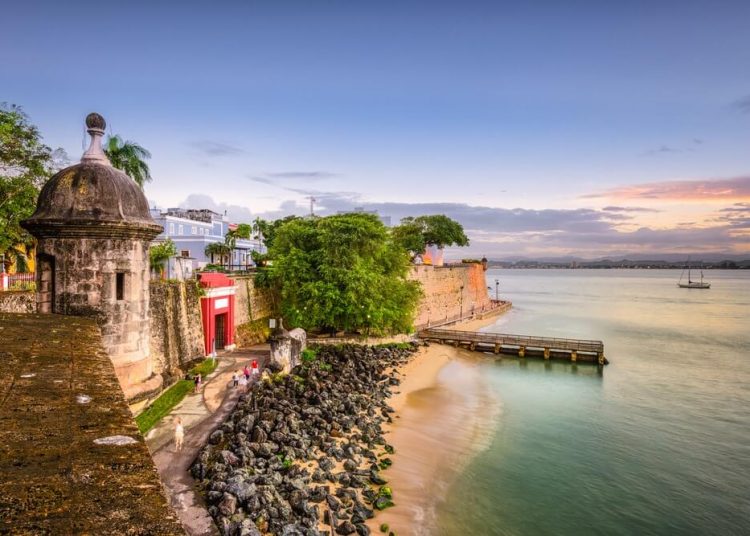 In Puerto Rico, gambling happens everywhere from corner bars to corporate-owned casinos to the Hipodrom Camarero. But the island presents an interesting challenge when it comes to legal sports betting. Why? In part, because legal gambling is already part of the fabric of society, and it will be a challenge to determine how to regulate an industry that has mom-and-pop locations as well as highly polished corporate venues.

“On the regulatory side, one question is, ‘Who has the ability to be a licensed sportsbook?'” said Brendan Bussmann, partner and director of government affairs for Global Market Advisors, author of one of three studies commissioned to look at Puerto Rico sports betting. “When they have machines all over the island, in bars and restaurants, the government doesn’t see any revenue from that, so how are you going to control that if those are sportsbooks? And the racetrack is beautiful, but it still doesn’t have a roof (after Hurricanes Irma and Maria), so do you want to have betting going on there?

“You need to make sure that whomever is licensed to operate a sportsbook is held to the same standard as the existing licensed operators in the market.”

Good questions all, and ones that Puerto Rican lawmakers will have to answer before legalizing. Bussmann’s company was commissioned by the Puerto Rico Hotel and Tourism Association. The Innovation Group did a study commissioned by the Chamber of Commerce and the governor’s office hired Spectrum Gaming for a study.

Puerto Rico has the opportunity to be a leader in the United States as it looks to enter the sports betting and online gaming market, but… https://t.co/xit3NMqlan

The studies all explore key factors in legalizing, from geofencing to regulation to potential revenue for Puerto Rico. All three make a case for territory-wide mobile and interactive gaming, which has already been proven to be the real cash cow of sports betting, but all three offer very different pictures of what kind of revenue Puerto Rico can expect.

The disparity in the projections should be concerning to government officials, who could take a lesson from Rhode Island lawmakers, who may have used flawed data and incorrect projections when selling legal sports betting to the general assembly. Couple that with a slow rollout and no mobile, and the state has brought in significantly less revenue than projected to date.

In addition, the estimates seem high based on the fact that Puerto Rico’s median income is about one-third of the U.S. average (about $19,000 vs. $60,000) and the population is 3.2 mm. New Jersey, with a population of 9 mm and statewide mobile has saw $2.3 billion in handle and $157 mm in taxable revenue in the 10 months since it launched. Over 12 months, that would work out to $2.76 billion in handle and $188 million in taxable revenue. It seems like a stretch to think that a territory with a third of the population and median income could reach nearly half of what New Jersey’s total.

To that end, Governor Ricardo Rosselló introduced a sports betting bill in early April. The bill, sponsored by New Progressive Party Representative Néstor Alonso Vega, calls for a 6% tax on bets placed in person and 11% for those placed online, and would legalize betting on sports, daily fantasy and e-sports, according to Caribbean Business. The bill would also create a new Gambling Commission.

This week, the GGB Podcast speaks with Governor Ricardo Rosselló of Puerto Rico about the move to legalize sports betting and esports in this U.S. territory.https://t.co/SvPla9HBcd

The governor’s bill is one of three, according to Michael Juarbe of the Hotel and Tourism Association. Juarbe said there is also a bill that would legalize online gaming and a shorter sports betting-only bill. Juarbe said his group contracted with GMA because the studies commissioned by the governor’s office and the chamber of commerce didn’t seem to make sense. But in the end, his group wants to build on existing gaming infrastructure and create a well-regulated legal sports betting market.

“What’s really important is that in Puerto Rico is that you have these highly regulated, not only by local financial institutions and federal law, the casinos, we already have them,” he said. “I think casinos would represent a really good building block to expand. It’s an industry that hasn’t had a single problem with federal or state agencies. And for the government, you’re working with a partner you already know.”

Juarbe’s group is lobbying for sports betting in part because tourism is a key piece of Puerto Rico’s economy, and the group believes that sports betting could help drive additional tourists to the island. While it’s unlikely that New Jersey sportsbooks, for example, rely on vacationers for a key portion of handle, Nevada most definitely does and Puerto Rico could certainly position itself to become a sports betting destination given its accessibility from the East Coast of the United States. Bussmann suggested that just like Las Vegas does big business around key sporting events like the Super Bowl or March Madness, Puerto Rico could potentially capitalize the same way.

The question in Puerto Rico isn’t really if it should add sports betting, but how. And whether or not the projected revenue will make lawmakers want to move quickly, or take their time. A sports betting hearing is set for later this month, and the legislative session ends the last Thursday in June.

“How much revenue is it actually going to generate?” Bussmann said. “The studies all have different numbers. … But revenue is the driver of how quickly this will happen.”