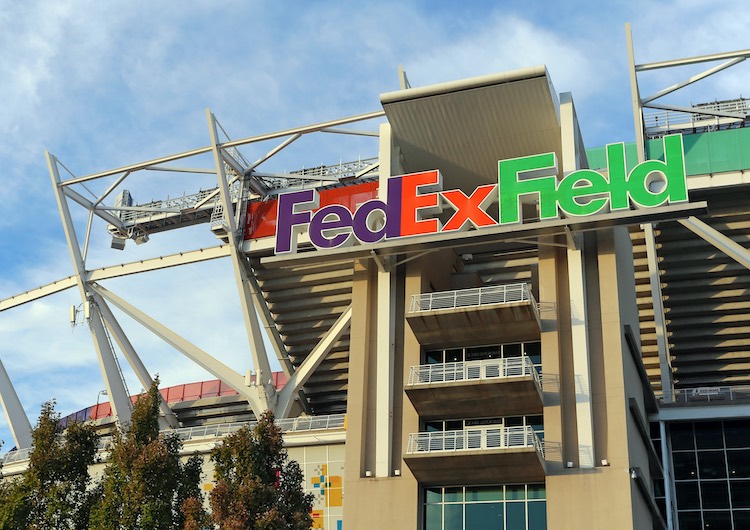 The location of a new Washington Redskins stadium remains to be determined, but the odds on whether ground eventually breaks in Maryland, Virginia or the District of Columbia are likely shifting in part due to the opportunity the team receives in each jurisdiction to get involved in legal sports betting.

Redskins owner Daniel Snyder and team officials have been lobbying around the region for months to try to secure the most favorable environment as a sports gambling licensee, as the DC Council legalized sports wagering in December, Virginia followed this past weekend, and Maryland’s Senate just passed a bill that would send a decision to state voters in November.

But according to the respective new laws in each jurisdiction (both passed and pending), the incentive and potential sports betting involvement for the NFL franchise is a bit different. Currently, the Redskins play at FedEx Field in Landover, Md. The stadium opened in 1997 and the team’s current lease runs through 2027.  But the team’s training facility and headquarters are located in parts of Virginia.

Following the passage of Virginia’s measure on Sunday, which heads to Governor Ralph Northam’s desk and gives “substantial and preferred consideration” to pro sports league applicants, we look at the potential sports betting landscape for the Redskins in each of Maryland, D.C. and Virginia.

The Maryland General Assembly is moving forward a referendum bill that would allow for state-wide mobile sports betting and retail locations at casinos, racetracks and several other locations, including professional sports venues. SB 4, should it become law, would allow the Redskins to offer sports betting if they build a sports facility in Prince George’s County. SB 4 cleared the Senate on Tuesday by a 47-0 vote and heads to the House for consideration.

Daniel Snyder visited Annapolis yesterday persuade lawmakers to give him a sports betting license at a future Washington Redskins stadium in Maryland (with ⁦@OvettaWashPost⁩) https://t.co/JK8NUnqYdK

The latest iteration of the bill includes a timeline associated with the building of a new facility for the Redskins: The team must submit architectural drawings by July 1, 2022, and receive zoning permits as well as a signed “community benefits” agreement with Prince George’s County by July 1, 2024.  In addition, sports betting licensees would be subject to key minority business goals and must also enter into a “labor peace agreement” with any labor organization representing workers involved in sports  betting.

The cost of a license would be $2.5 million, the tax rate would be set at 20%, and the Maryland Lottery and Gaming Control Agency would be the regulators.

“If he wants to build [the stadium] with his own money, then great — whatever it takes to succeed,” said Del. Carl L. Anderton Jr. (R-Wicomico), who was not in the meeting. He was among several lawmakers who reacted strongly to the prospect that Snyder would threaten to leave the state unless he is awarded a gambling license.

“We certainly should not be held hostage by an owner,” Anderton Jr. said. “We’ll call his bluff. Go.”

The legislature on Sunday approved a bill legalizing sports betting that includes state-wide mobile wagering but prohibits betting on Virginia college sports and prop bets on all college athletics. HB 896 is now awaiting Governor Ralph Northam’s signature. Should the bill become law, it appears the Redskins would already be able to obtain a license to operate a sportsbook — because their headquarters and practice facility are in Ashburn, Va.

The bill would allow for any top-tier (meaning not minor-league) teams that has at least its headquarters in Virginia to offer sports betting. Within the bill, a stadium is defined as “the physical facility that is the primary location at which a major league sports franchise hosts athletic events and any appurtenant facilities.”

Virginia took a massive step toward gambling expansion on Sunday as sports betting legislation was sent to Gov. Ralph Northam. Here's an overview of the bill, including proposed tax rates and a provision to attract Washington Redskins' owner Dan Snyder: https://t.co/u9cNKjLDMf pic.twitter.com/yJWdNwqOk2

A further enticement is that if a pro team is “prequalified” to build its stadium in Virginia, it could begin to offer mobile sports betting ahead of the completion of the physical site. This provision is for up to five professional sports teams, and apparently, the Hampton Roads area (Virginia Beach-Norfolk-Newport News) has been lobbying the NBA for a team.

The enticement is also being offered to prequalified casinos, which could offer mobile sports betting ahead of retail. According to the text of the bill, mobile platforms launched before July 1, 2025, would get this “substantial and preferred consideration of its first, second, and third applications for renewal,” but not for the fourth, which seems to imply that goal would be for the venue to be built out by 2028-29 at the latest. The Redskins deal at FedEx Field in Maryland expires in 2027.

D.C. law allows for city-wide mobile sports betting via the DC Lottery and at professional sports venues and other qualified establishments (bars and restaurants). Capital One Arena, home to the NBA Washington Wizards and NHL Washington Capitals, is on track to be the first pro venue to house a physical sportsbook.

In the text of the new law, professional venues also include Audi Field (MLS), Nationals Park (MLB) and St. Elizabeth’s East Entertainment and Sports Arena (WNBA, Wizards practice facility). The RFK Stadium site, which is a potential location for a Redskins stadium, was initially included in the bill, but stricken before it became law. The site is on federal land, and sports betting is prohibited on federal land in the District. The DC Council was certainly open to the idea of having the Redskins in Washington, and leading up to passing the law, discussed how to include the RFK site in the new law, but failed to sort that out.

The Redskins appear more focused on sites in either Maryland or Virginia, according to sources, but should they decide on D.C., they’d likely go back to the council with respect to sports betting permissions.

Among the requirements for any sports betting facility in D.C. is a strict minority business protocol. The application fee is $250,000 with a $250,00 renewal fee. The tax rate in D.C. is 10%, and the D.C. Office of Lottery and Gaming is the regulator.