Rival operators promise to work together, but will it be enough?

by Mike Seely
in Industry, Regulation 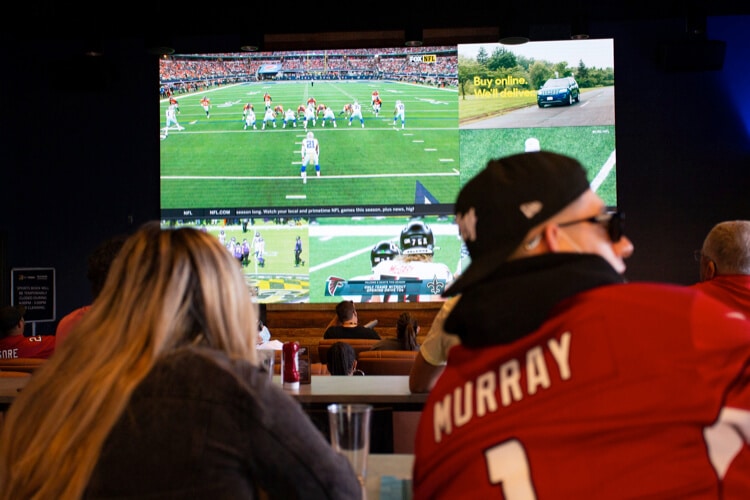 When asked to assess the state of responsible gambling in America during a Tuesday afternoon panel discussion sponsored by the American Gaming Association, Jaime Costello, director of programs for the National Council on Problem Gambling, replied, “I think we’re at that teenager position. We’ve all sort of figured out where we’re at on our own and are starting to figure out how we can come together.”

The fact that this discussion was occurring in public was no doubt encouraging, as were the principals involved. In addition to Costello, the all-woman webinar, titled “Advancing Responsible Gaming Through Collaboration and Technology,” included representatives from DraftKings (Chrissy Thurmond), Playtech (Charmaine Hogan), and the AGA (moderator Cait DeBaun).

“For so long, it was a them-against-us dialogue,” said Thurmond, DraftKings’ senior director of responsible gaming. “Now, one of the things I’m so proud of is the responsible gaming people across the industry talk to each other.”

But talk can be cheap, acknowledged Thurmond, who said, “It’s not just this p.r. thing. It’s part of the infrastructure and culture of the organization. It doesn’t happen overnight. There’s a lot that goes on behind the scenes that people aren’t even aware of.”

This was music to the ears of Hogan, Playtech’s head of regulatory affairs. Having witnessed the heavy hand of governments dissatisfied with the speed at which the European Union’s far more mature sports betting industry has elected to voluntarily establish responsible gambling safeguards, she made a point to say that U.S. stakeholders “should be out there collaborating proactively.”

As Thurmond pointed out, DraftKings did just that last week, promising to abide by a 12-point responsible gambling pledge in partnership with rival gaming companies Bally’s, BetMGM, Entain, FanDuel, and MGM Resorts International.

According to a press release, the 12 principles fall under “four core attributes”: participating only in legal markets that provide consumer protections, striving to instill responsible gaming culture throughout their businesses, promoting online gaming as a fun activity that’s enjoyed as a form of entertainment, and acknowledging that while “the vast majority of individuals can enjoy online gaming in a responsible way, some individuals need additional tools and support related to their gaming activities.”

Keith Whyte, the NCPG’s executive director, said of the announcement, “I like it a lot because it helps set a standard for responsible gambling and it very implicitly calls out the people who haven’t signed on to raise the bar.”

But he also questioned the group’s seriousness in adhering to the first core attribute.

“How does that square with operating a social casino platform, which is neither regulated nor operates any kind of consumer protection?” Whyte wondered. “And how does it square with operating in D.C., which doesn’t have any consumer protections? We cover the helpline calls for Washington, D.C. If someone calls the helpline, we pay to answer those calls, but we don’t have anywhere to refer callers, because there are no [problem gambling] services in D.C. We’ve told the operators this until they’re blue in the face, and everyone kind of shrugs and says it’s someone else’s responsibility.

“So what do you really mean when you’re saying you only operate where there are consumer protections? If it’s just in law but not in effect, does that make it OK? I guess it does.”

“Some things must transcend business opposition and I am pleased to see that manifested through this coalition,” she told Sports Handle in an email. “In what I hope will be future iterations of the pledge, it would be outstanding to see a consideration made from the industry to not operate in jurisdictions where no problem gambling infrastructure exists, and consider the role and responsibility the industry has in remedying the absence or deficiencies of services for all those that are in need.

“I hope that this initiative will only expand, of course, to include more operators, but also it would be phenomenal to see these items included within regulations. As wonderful as it is to see these operators commit to these standards, the truth of the matter is the market is only as safe and as strong as the weakest operator. It would be incredibly promising to see these industry leaders take these commitments and advocate for these principals to become solidified policy.”

Whyte also spoke about the need for quantifiable, unbiased results.

“Public commitment is great. Showing rather than telling is even better,” he said. “The gold standard is third-party evaluation. Telling me you train all your employees is not the same as an independent firm saying, ‘We do this training. We know that employee knowledge improved or erroneous beliefs decreased’ — whatever the outcome of the training is supposed to be. Third parties play a critical role because there’s often a conflict between revenue and responsible gambling.”

In response, Martin Lycka, Entain’s senior vice president of American regulatory affairs and responsible gambling, released a statement to Sports Handle that read, “We plan to issue further communications and iterations on this first set of principles. These will expand on and detail our methods of ensuring accountability and transparency in our efforts to promote responsible gaming.

“This initial announcement was intended to serve as a cornerstone for our group to come to an agreement on the most fundamental and impactful elements of responsible gaming practices. The gaming industry and its customers will hear more from us on these topics in the months to come.”