State would devote at least $2.5 million to grant program if bill is made law

by Jeremy Balan
in Legislation, Regulation 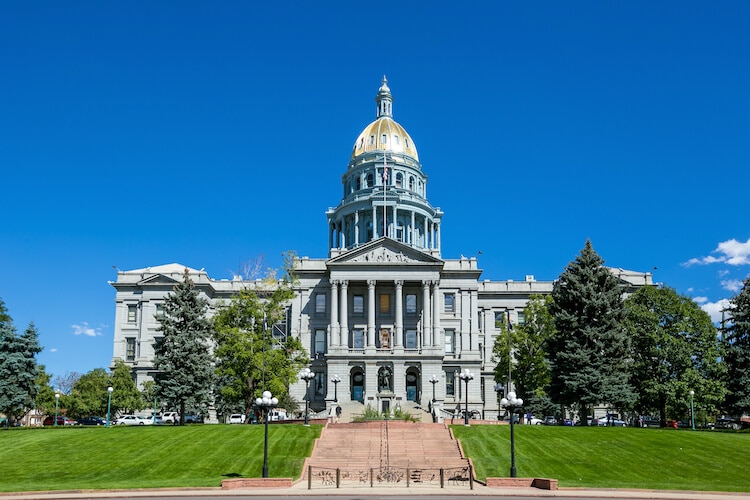 As Colorado’s legislative session inches closer to its May 11 conclusion, a bill has been introduced by the state’s Speaker of the House to fund responsible gambling programs in the state.

The bill, introduced Tuesday, is sponsored by Speaker Alec Garnett and would fund a grant program through the state’s Limited Gaming Control Commission (LGCC) and Office of Behavioral Health (OBH). The legislation calls for $2.5 million from taxes on gaming revenue and license fees to be available for distribution through the grant program, along with $200,000 from the state lottery to fund responsible gambling efforts in that area. An undetermined amount from the state’s “hold-harmless fund,” should money go unused there for two years, could also increase the grant program’s funding significantly.

During the winter, Garnett and others involved with gaming regulation in Colorado pledged to remedy the state’s current funding — $130,000 per year — for responsible gambling programs, which seemingly all involved have deemed unacceptable.

Garnett was unavailable to discuss the bill Tuesday, and his staff did not respond to requests for comment, but he said in January that he would try “to catch the entire state up with all of problem gaming, which includes more than just sports betting. It’s an opportunity to build off a national conversation and to get it right.”

The bill would require the LGCC, in conjunction with the OBH, to come up with rules for the grant program. Applicants for grants must be a state agency, a local government (city or county), or a nonprofit organization, but that organization cannot be “fundamentally opposed to gambling.”

“Today is an awesome day,” said Peggy Brown, president of the Problem Gambling Coalition of Colorado (PGCC), who was involved in stakeholder discussions that led to the bill. “We’ve been working toward this since November. We’ve expended a lot of time and energy and money into getting this done. We’re very pleased. I commend [Department of Gaming Director] Dan Hartman and the [LGCC] in getting this done. They had the lead, and they worked well with the coalition to consider our ideas and recommendations. All of our recommendations were put in the grant proposals and how they’re defined.”

Hartman was not made available for comment Tuesday, as a Department of Gaming spokesperson said the agency is “prohibited from commenting on pending legislation.”

Can bill get through both chambers on time?

The nature of the grant process laid out in the bill, however, is not ideal, according to Brianne Doura-Schawohl, ​​a problem gaming consultant who serves as an advisor to the PGCC and other stakeholders who were involved in crafting the legislation. She said essential programs like the National Problem Gambling Helpline and treatment projects should not have to apply yearly to get funding.

“To see a state that has traditionally ranked as one of the worst in the nation, by way of problem gambling funding and programs, file a piece of legislation that would improve these initiatives significantly is to be commended,” Doura-Schawohl said. “That being said, this legislation doesn’t specifically delineate funding for treatment or the helpline, leaving two vital services having to apply for yearly grants, which is not exactly a best practice in problem gambling policy.

“I’ve seen several other states call for an annual research agenda to help inform decisions about the status of problem gambling within a jurisdiction and how funds should be utilized. This is something I’d love to see the state consider.”

Also included in the bill is a requirement for the Division of Gaming “to operate a program to exclude certain individuals from all or certain gaming activities in the state” beginning Jan. 1, with the LGCC required to make rules for that program by Nov. 1. Exclusion lists, either from problem gamblers self-excluding or for other reasons, are currently maintained by the PGCC or operators individually and not shared in a single database.

The bill would also do away with the “cash only” requirement for lottery in Colorado, require operators to submit reports on their “efforts … to promote responsible gaming” to the Division of Gaming, and would cut the amount of free-play tax deductions operators are allowed to utilize to just 2.5% of total sports betting handle.

The deduction rate would decrease by a quarter percent each year, until it reaches 1.75% in July of 2026. But free plays have already decreased as the sports betting market has matured, according to Peggi O’Keefe, executive director of the Colorado Gaming Association.

“We were starting to equalize and starting to mature anyway, but it will probably take a couple years,” O’Keefe said of free plays. “Ads have gone down. Free plays have gone down. We were happy to work with the Speaker and the division to fine tune and tweak this legislation, and we’re happy to continue to have those conversations.”

With the end of the legislative session two weeks away, there is also some question as to whether the bill can get through both chambers of the General Assembly in that time. The session began Jan. 11, and the bill has been assigned to the House Finance Committee.

“I’ve been told it can be done,” Brown said. “We’ll see. There’s been some dragging of feet at some points.” 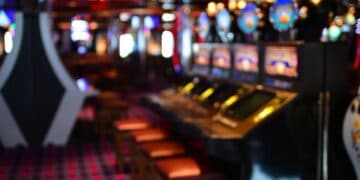