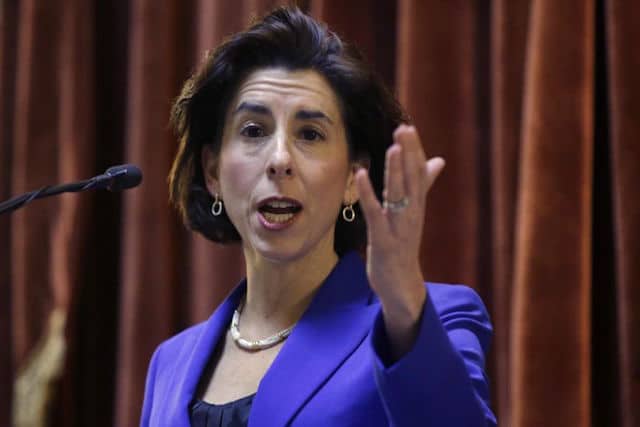 Of course as in every state including neighbors Massachusetts and Connecticut, which Rhode Island wants to keep up, the state needs a favorable decision in Christie v NCAA, aka the Supreme Court sports betting case.

There’s logistical hurdles for getting sports betting officially legalized in Rhode Island but there’s currently a couple avenues: An amendment to the state constitution (required to approve new gambling types in the state) or, according to Senate President Dominick Ruggiero, the passage of a bill that would allow sports betting so long as it takes place at the Twin River Casino located in Lincoln and/or the proposed Tiverton casino.

Ruggiero, who previously expressed optimism for sports betting legislation, introduced the bipartisan Senate Bill 2045 on Thursday that would legalized sports betting “when authorized by federal law/court decision regulated by lottery division with no wagering on Rhode Island college teams.”

The bill was referred to the committee on Senate Special Legislation and Veterans Affairs. Ruggiero believes that previously approved ballot measures would allow sports wagering. The bill tasks the division of lotteries with creating a framework for state-operated sports wagering:

While the mechanism to bring sports betting to Rhode Island remains unclear, Governor Raimondo is clearly on board. Also unclear are the rules, regulations and taxes that would produce a projected $22.5 million.

“[Sports betting] will look very similar to other states that have already been doing it like Delaware,” said Raimondo.

The $23.5 seems extremely aspirational. I have no idea how they arrived that that figure, but it would assume about a 2.3% collection on overall handle or over 50% on a typical hold of 5% by the sportsbooks. There might be a one-time licensure fee of about $1 million factored in but it still seems way too high.

Rhode Island officials will have to iron out the details and the math, but the momentum is clearly in favor of taking advantage of the opportunity, should New Jersey prevail and the federal law prohibition sports betting outside Nevada get struck.

A decision in Christie v NCAA is expected in April or May.