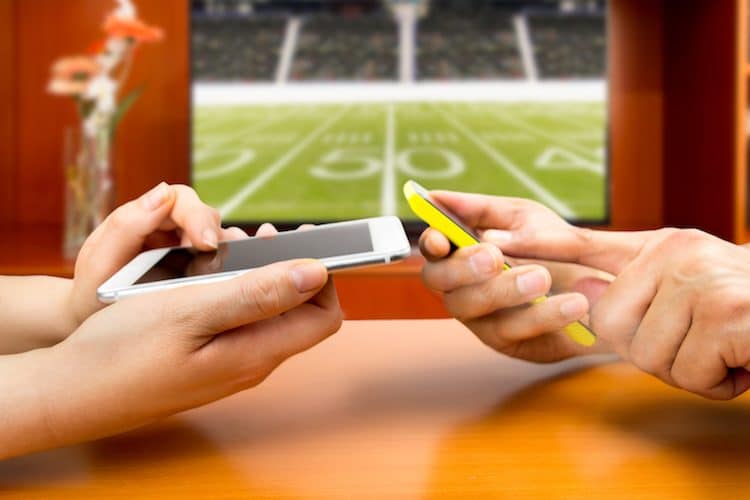 Three months after legalizing mobile/internet sports betting, the state of Rhode Island appears on track to hit its mark of launching by the start of the football season. Rhode Island would become just the third state so far outside of Nevada to offer state-wide sports betting over the internet — New Jersey began offering it last summer and Pennsylvania launched its first mobile app in May.  West Virginia briefly offered mobile sports betting, but the app was shut down before March Madness due to issues with the mobile provider.

Rhode Island’s lottery is the regulator and operator for sports betting, which was originally approved in June 2018, and according to Paul Grimaldi, chief of information and public relations for the Rhode Island Department of Revenue, no new regulations are needed before the mobile launch.

“The regulations for sports betting have been in place since prior to launch of the in-person sportsbook in November 2018,” Grimaldi told Sports Handle. “Sports betting is considered to be a form of Class III gaming that was previously approved by Rhode Island voters. Regulations for it fell under the existing protocols.”

Rhode Island will require in-person registration for mobile gaming, and patrons can register at one of the state’s two sportsbooks, Twin River or Tiverton. Once a bettor is registered, (s)he can place mobile sports bets from anywhere in the state.

When Rhode Island launches its mobile piece, it will become the first New England state to do so. As of now, Rhode Island is the only New England state with legal sports betting, though New Hampshire appears close to legalizing. Connecticut, which initially appeared it would be the first mover in New England, failed for the second consecutive year to sort out issues with its tribal interests, and the session adjourned earlier this month with no sports betting. Massachusetts lawmakers have been exploring legal sports betting, but appear to have put the brakes on legalizing quickly.

According to Grimaldi, Rhode Islanders will be able to choose from two mobile apps, one via Twin River Casino Hotel and the other via Tiverton Casino Hotel. William Hill will handle risk management and IGT will power the sports betting platforms. Since Twin River and Tiverton are both owned by the Twin River Management Group, it’s unclear whether consumers will really have a “choice,” when it comes to mobile sports betting, or if the same bets and lines will be offered on both apps.

Prior to going live with the mobile apps, there will be a “simulated testing and account settling.” In Pennsylvania and New Jersey, there was a similar period and during that time, select players were invited to use the app under the watchful eye of state regulators. In both cases, apps went live as soon as the test period ended.