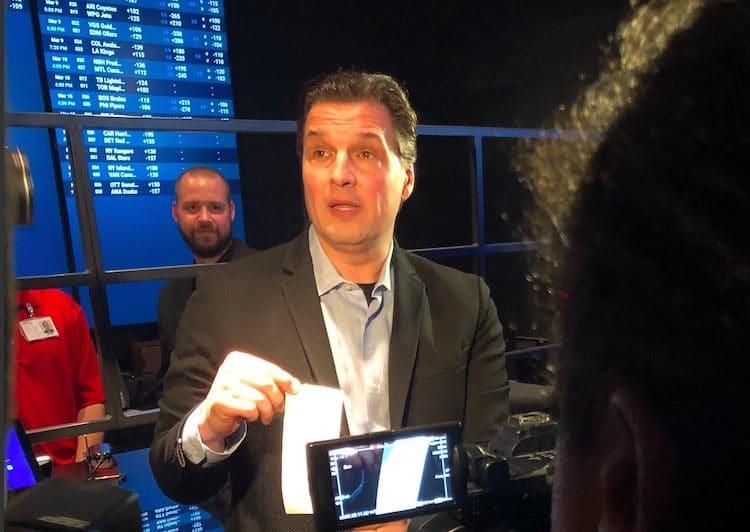 DES PLAINES —  With a $100 bet on the Chicago White Sox to win the American League pennant at 16-1 odds, former Chicago Blackhawks forward and NBC Sports commentator Eddie Olcyzk officially ushered in legal sports betting in the state of Illinois on Monday at the Rivers Casino BetRivers Sportsbook in Des Plaines.

Rivers Casino narrowly won the race to open its sportsbook windows in Illinois, as it became the 15th state where legal wagers have been accepted since the federal ban on sports wagering outside Nevada was overturned by the Supreme Court in 2018. The Argosy Casino in Alton, which will have Penn National Gaming operating its sportsbook, tweeted Monday it will begin accepting bets March 16, one day before the First Four for college basketball’s “March Madness.”

“It’s extremely gratifying, one of the great things about it was seeing all of our folks in our company from different departments coming together to make it happen,” Greg Carlin, co-founder and CEO of Rush Street Gaming, told Sports Handle about the BetRivers opening. “For us to get open first is a big accomplishment, especially in our home state of Illinois, and we’re really proud about it.”

Sports betting became legal in Illinois last June when Governor J.B. Pritzker signed a massive gaming expansion bill into law. Momentum to get to this point picked up in December when the Illinois Gaming Board released applications for sports betting and the first set of rules packages. The IGB then followed up with its Phase 2 rules release in January, and the state’s Joint Committee on Administrative Rules will review that package at its next scheduled meeting Monday.

No mobile yet, but a “Betbuilder” in the interim

Rivers Casino does not have a mobile betting app available yet, but Carlin did note in his opening remarks that people will be able to register immediately — in person — when the BetRivers app goes live. In the interim, Rivers Casino is offering a “Betbuilder” tool in which bettors can build their play on a mobile device to generate a QR code for wager entry at a ticket window.

BetRivers does expect to have its mobile app operational later in the year, and Carlin recognizes its importance given how quickly states including neighboring Indiana and New Jersey out east have seen mobile account for an overwhelming majority of their respective sports betting handles while trying to balance the retail aspect at Rivers.

“It’s important to the business itself,” Carlin explained. “If you look at other states and you look at the data, like New Jersey, for example, 80 percent of the handle is coming through mobile devices and 20 percent is coming in retail.

“Retail is great because we’re adding one more product line to the casino, and the thing about our business is that we have a fixed cost. We have a certain number of team members who come to work every day and our electricity, and the more different things we can offer the customer, the better the experience, and the better it is for our business.”

One thing bettors in Illinois will not be able to do for March Madness is wager on in-state college teams, which was a provision in the gaming bill. That means there will be no betting available on games involving the Fighting Illini should they qualify for the 68-team tournament field as expected or Missouri Valley Conference champion Bradley, which claimed an automatic bid Sunday by winning its conference tournament.

Online operators FanDuel Sportsbook and DraftKings Sportsbook will not be able enter the Illinois market until 2021 at the earliest as part of an 18-month “penalty-box” provision unless they partner with an existing casino and operate under that casino’s brand. 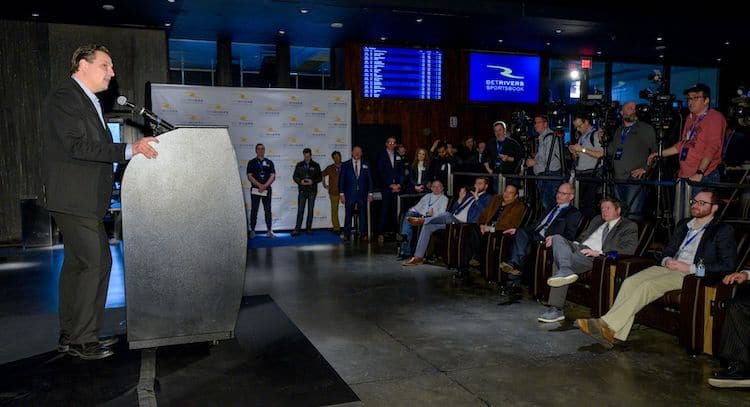 “It was a roller coaster, ups and downs, but it’s an exciting day, to see this happen” Illiinois state representative Bob Rita recounted to Sports Handle in getting to this point. “It was an unbelievable process. It was all over the place, and to bring all the different interests together so that we can finally put something up there that can pass, it was a lot of ups and downs.”

Fellow state rep Mike Zalewski, who was another key player in shepherding the bill through the state’s General Assembly before Pritzker’s signature, echoed the tension Rita mentioned.

“Very excited. At various times in the spring, I wasn’t sure it was going to get done. But it is done. It’s a good day for Illinois. It was hard, but we had momentum on our back, we had a gaming bill for a very long time. I think the pent-up emotion of trying to get a big comprehensive bill done is what helped get this through.”

“We’re going to appeal to a new brand of bettors, sports fans, so I think it’s going to be good overall.”

Pending final regulatory approval – we will have our Grand Opening of the Sportsbook on Monday, March 16 with @STLWizard on hand to cut the ribbon and make the honorary first bet!

With the Argosy set to launch next week, that leaves three casinos currently with temporary operating permits that have not been approved for wagering — the Elgin Riverboat Resort which runs Grand Victoria Casino and the Hollywood Casinos in Joliet and Aurora — per the IGB’s official website. There are two other applicants — Par-a-Dice Gaming Corporation and Fairmount Park — with the latter the first racetrack in Illinois to apply for a sports betting license. 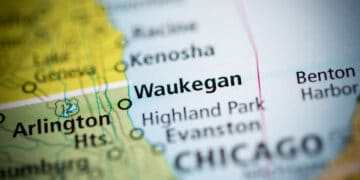