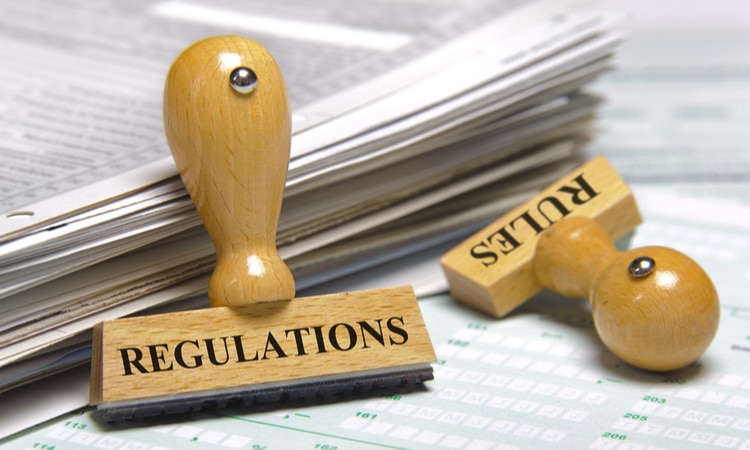 An attorney for Rivers Casino has submitted a public comment challenging the validity of the Illinois Gaming Board’s proposed rule on branding, which may have ramifications for the development of legal online sports betting in Illinois.

Legal wagering in the state began in March at a pair of brick-and-mortar sportsbooks but caught a quick hook within a week, due to the COVID-19 pandemic. Subsequently, online sports wagering in the state received a boost in early June when Gov. J.B. Pritzker issued Executive Order 2020-41, which suspended the requirement for physical appearance at a casino to make an online account. This allowed Rivers Casino to become first to market on June 18 through its BetRivers Online Sportsbook, which began taking wagers via customers registering remotely.

According to Gambling Compliance, Paul Gaynor — a founder of G&R Public Law and Strategies — claimed the Sports Wagering Act imposed restrictions for branding by online-only operators and the IGB did not have sufficient cause in crafting emergency rule 1900.1260. The rule would allow a casino to rebrand using an operator’s name or for an operator to put its name in the second spot.

“Whatever the board’s opinion of the explicit branding requirements may be, it lacks the authority to end-run the legislative process and to adopt rules, emergency or otherwise, that contravene the act’s language and are contrary to the documented legislative history and the General Assembly’s stated purpose for adopting the branding restrictions,” Gaynor wrote, per Gambling Compliance.

DraftKings recently entered a market access agreement with Casino Queen — based in East St. Louis — which was one of seven casinos granted a Master Sports Wagering license at the last IGB meeting in June. Additionally, FanDuel has been in talks to enter the Illinois market through a purchase of or another arrangement with Fairmount Park horse racing track, raising the issue of branding.

The IGB has yet to make the comments regarding the emergency rule public on its website.

The public comment again brings into focus the “penalty box” provision that was part of the bill Pritzker signed into law in June 2019 into discussion. The law required applicants for an online-only license to wait 540 days from the issuing of the first retail sports betting license — a clock started with the seven licenses granted last month.

The “penalty box” dates back to 2015 when then-Illinois Attorney General Lisa Madigan ruled DraftKings and FanDuel were operating daily fantasy sites illegally in the state, and Rivers owner Rush Street Interactive felt the online titans should not be “rewarded” for such actions. Entering Illinois through a market share agreement (DraftKings) or a potential purchase of land (FanDuel), both operators could avoid paying a $20 million license fee as an online-only operator, of which there will be only three licenses granted by the IGB.

Gaynor claimed the attempts by FanDuel and DraftKings to use the branding rule to their benefit runs contrary to what legislators argued on the General Assembly Floor when crafting the sports betting bill, and the rule would give third-party providers “the ability to co-brand with tracks and casinos to offer internet and mobile sports wagering until the Joint Committee on Administrative Rules or a court invalidates the proposed rule.”

A counter argument from iDEA Growth

Sports Handle obtained a copy of the commentary submitted by iDEA Growth, which is a coalition that includes DraftKings, Golden Nugget, and Sportradar. iDEA Growth is in favor of the proposed rule, claiming it is consistent with the Sports Wagering Act and would prove beneficial to the growth of the sports betting market in the Land of Lincoln.

“The Illinois Sports Wagering Act (the “Act”) expressly provides for co-branding of mobile and online products offered by a sports facility or its designee, and even allows for such products to be offered solely under the operator’s brand. The analogous provisions applicable to horse racing organizations and riverboat and casino operations expressly require that such products be offered under the licensee’s brand, but are silent as to cobranding.

Although the provisions do not allow the licensee or its mobile or online partner to offer sports betting products exclusively under the operator’s brand, they do not preclude the licensee and operator from offering a co-branded product.”