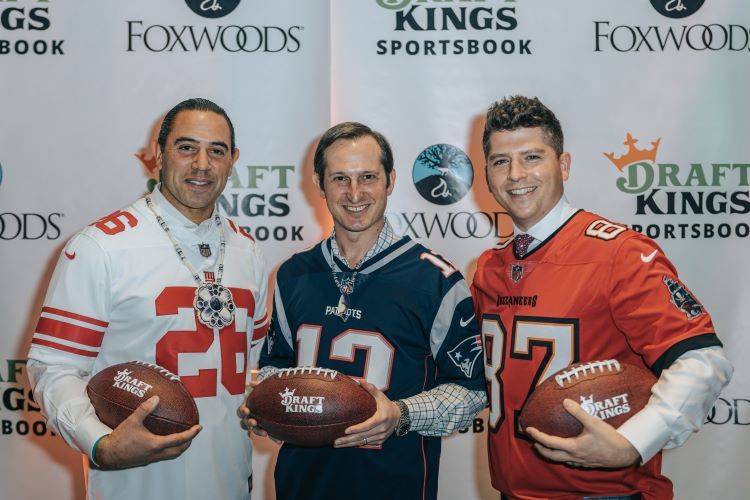 The vigorous push to legalize sports betting in California has left key stakeholders tight-lipped as commercial and tribal operators approach the next chapter of a contentious battle to enter a market that would become the largest in the nation.

At last week’s National Council of Legislators from Gaming States summer conference, DraftKings CEO Jason Robins weighed in on the November ballot initiatives that will determine the course of legal sports betting in the Golden State. But given the stakes, Robins chose his words carefully in a brief luncheon address.

Robins was not the only one to proceed with caution when asked about the future of California sports betting at the prominent conference of leading state gaming legislators. Wary of inflaming the opposition in the months leading up to Election Day, interested participants took great steps to avoid controversy.

DraftKings and other top sportsbook operators have lent support to the California Solutions to Homelessness and Mental Health Support Act, a measure that seeks to legalize online sports betting in the state. Nearly 85% of sports wagering tax revenue would be earmarked for a fund that aims to combat homelessness and support mental health services across the state.

“We’re incredibly excited at the prospect of bringing online sports betting to the state, while providing much-needed funding to issues such as homelessness and mental health services,” Robins said in his address, before leaving the conference in Boston without taking questions from reporters.

The act, reclassified as Proposition 27, calls for a 10% tax on online sports wagering revenue. On June 28, the California Secretary of State’s office announced that the online measure had garnered nearly 1.1 million valid signatures, enough to qualify for the November ballot. A competing measure, Proposition 26, seeks to authorize only retail sports wagering, to take place on federally recognized tribal lands.

Are the measures in conflict?

Typically, a California referendum will be voted into law with a simple majority above 50%. If the online sports betting measure clears a threshold above 50%, but the tribal one does not, then the former will take effect, and vice versa.

If neither initiative receives a majority, then sports betting proponents will turn to 2024 when another tribal gaming initiative could be brought to voters. But if both measures surpass the requisite 50% standard, a lengthy, complicated process could ensue.

Consider an article in the California state constitution on procedures for voting, initiatives, and referendums.

(a) An initiative statute or referendum approved by a majority of votes cast thereon takes effect on the fifth day after the Secretary of State files the statement of the vote for the election at which the measure is voted on, but the measure may provide that it becomes operative after its effective date. If a referendum petition is filed against a part of a statute, the remainder of the statute shall not be delayed from going into effect.

(b) If provisions of two or more measures approved at the same election conflict, the provisions of the measure receiving the highest number of affirmative votes shall prevail.–

If Proposition 27 passes with a higher margin than the tribal measure, there is a strong likelihood that both measures will take effect, a California legislative source told Sports Handle. That is because the DraftKings-backed measure has an explicit provision which states that the initiatives are not in conflict, according to the source. The outcome becomes more muddled, though, if Proposition 26 passes with a higher margin. At that point, tribal attorneys could file a legal challenge on the grounds that the two measures are in conflict.

It is feasible that commercial and tribal gaming operators could consolidate the two measures into a single ballot initiative before Election Day. When CalMatters, a California nonprofit news organization, posed the question to state Sen. Toni Atkins’ office last month, it responded that it planned to study the issue. Still, a deal is unlikely, the legislative source emphasized, noting that if an accord could be reached, it probably would have happened by now.

“I would think that ship has probably sailed,” he told Sports Handle.

DraftKings has been joined by rivals FanDuel and BetMGM and other operators in supporting Proposition 27. Altogether, the companies have pledged at least $100 million combined seeking to mobilize support for the initiative. When California voters passed Proposition 22 in November 2020, companies such as Uber, Lyft, and DoorDash spent more than $200 million on a campaign to approve a measure that allowed the companies to continue classifying workers as independent contractors.

There are indications that the fight to legalize sports betting could surpass that amount and become the most expensive initiative fight in state history. The operators behind Proposition 27 have staked their campaign with $100 million and a promise to double that, if needed, and tribes have publicly said they’ll pour in $100 million to defeat the commercial initiative and get theirs passed. In addition, California’s card rooms are funding their own “No” campaign against the tribal-only, retail-only initiative.

California is the biggest whale left in the U.S. for sports betting. It'll be on the ballot this year, and @davidwchen gets into the crazy entanglements of competing visions that will end up with hundreds of millions spent between now and November. https://t.co/t5enBq1DZ3

Bill Coley, a former president of the National Council of Legislators from Gaming States, believes that spending alone might not be the differentiator if a referendum is close.

“Sometimes a really witty person comes up with a slogan — kind of like in California, [an] ‘If the glove doesn’t fit, you must acquit’ kind of thing,” Coley told Sports Handle. “It’s not always about dollars and cents.”

The NCLGS incoming president, Republican state Sen. Jon Ford of Indiana, is not familiar with the constitutional issues surrounding conflicting ballot initiatives in California. He said he would be mildly surprised, however, if Proposition 27 does not receive enough voter support to carry.

“It would definitely be painful for the industry [if it fails], but they would continue to move forward,” Ford told Sports Handle. “But from what I’m hearing, it has a really good chance of passing, so hopefully it won’t come to that.”