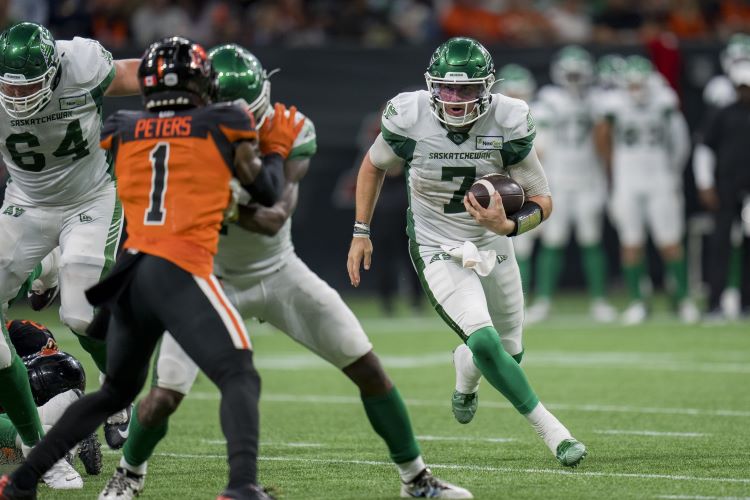 Residents of Canada‘s province of Saskatchewan will soon have access to legal online gambling and sports betting.

The Saskatchewan Indian Gaming Authority announced in a press release Friday that PlayNow.com, Saskatchewan’s first and only legal online gaming operator, will launch in the province on Nov. 3.

SIGA, the official operator of PlayNow.com in Saskatchewan as per an operating agreement with SaskGaming, announced the British Columbia Lottery Corporation as its winning vendor in June. BCLC’s PlayNow.com platform, which is also the only regulated gambling website offered in both of the Canadian provinces of British Columbia and Manitoba, is the only gambling website in North America — and one of a few in the world — that offers dedicated player health specialists known as GameSense Advisors.

The announcement is timely as the small province that’s home to roughly 1.2 million Canadians is set to host this year’s Canadian Football League Grey Cup championship game on Nov. 20 in the city of Regina.

“Residents will be pleased to know that when they play on the PlayNow.com site, the proceeds are reinvested back into the province,” said SIGA President and CEO Zane Hansen in the release. “Similar to the existing brick-and-mortar casinos in the province, all net proceeds from the PlayNow.com site are reinvested back into Saskatchewan,” unlike other gray market sites.

On Sept. 23, 2021, the Saskatchewan government and the Federation of Sovereign Indigenous Nations (FSIN) announced an amendment to the Gaming Framework Agreement, which was originally signed in 1995, to establish the legal grounds for the digital gaming enterprise to be run by SIGA.

FSIN, which represents 74 First Nations in Saskatchewan, and the province established a 50/50 revenue-sharing agreement, making SIGA the only First Nations operator in Canada to have an online gaming deal with any level of government.

Launching a sportsbook at its multiple casino venues in the future is also in SIGA’s plans to enhance the brick-and-mortar experience.

Lots of competition in Saskatchewan

The gray market has existed in Canada for decades. It’s estimated that Canadians have been spending $10 billion annually through offshore sites and illegal sports betting operations controlled by organized crime, according to data from the Canadian Gaming Association, a national trade association that represents leading operators and suppliers in Canada’s gaming, sports betting, eSports, and lottery industries.

Gray operators such as bet365 already have a loyal following from bettors in Saskatchewan, and SIGA will need to find a way to draw this demographic to its new gaming site.

In addition to competition SIGA faces from gray market operators, local sports bettors are also wagering at select retail locations in Saskatchewan using the Sport Select platform, which is regulated by the Western Canadian Lottery Corporation.

“Sport Select has a niche in the province, and SIGA will look to complement offerings in the sports betting space to compete against the gray market betting, where these monies are leaving the province,” Adamko told Sports Handle last year.

Saskatchewan residents have been estimated to spend an average of $799 per year on government-operated gambling, which is the highest in the country. The Canadian average is $535 per adult.

Focus on the games you want with more betting options from SPORT SELECT.
Create your ticket at https://t.co/4vU7r1oA1m pic.twitter.com/12Yz50QLBG

PlayNow partners with the Roughriders

PlayNow also announced it has partnered with the CFL’s Saskatchewan Roughriders to become the team’s official online casino and sportsbook. The PlayNow.com logo will be featured on team jerseys in time for Saturday’s game with the Calgary Stampeders, and there will be other brand activations around the stadium.

PlayNow also has partnership and promotional arrangements with the CFL’s BC Lions and Winnipeg Blue Bombers, as well as the NHL’s Vancouver Canucks.

“We are excited to welcome PlayNow.com as a valued partner and newest member of our strong Rider Nation” said Saskatchewan Roughrider Football Club President and CEO Craig Reynolds.

The Roughriders have won four Grey Cups and are known to have the most raucous fans in the league. Fans show their passion for the team by wearing watermelons on their heads — Canada’s version of the Cheeseheads that frequent Green Bay Packers home games.

@ColemanESPN Love the show. I heard the melon head story. FYI, fans of the Saskatchewan Roughriders in the Canadian Football League wear watermelons on their heads all the time. Like Cheeseheads (Packer fans). pic.twitter.com/pHbezmCKf5