Finally, A Sportsbook Commercial That Doesn’t Make You Want To Scream 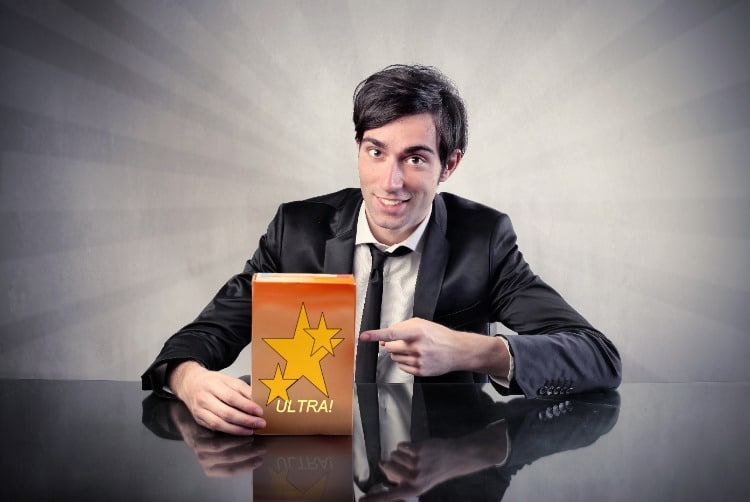 Last year, I wrote about mobile sportsbook commercials and how, on the whole, they are awful.

Well, I wish I waited to write that article, because finally — finally! — we have a sportsbook commercial that doesn’t make you want to immediately switch the channel. Ladies and gents, I give to you SBK and their ad titled Rewriting the Sportsbook.

Why is it so awesome? Well, let’s go frame by frame. (Seriously, why not? It’s the dead of summer. Your investigation into Tuesday’s MLB moneylines can wait a few minutes.)

0:00 – 0:06: It’s a shot of a semi-bustling office, phone ringing, and then a quick closeup of Jason Trost, the founder and CEO of SBK, which is the sportsbook arm of Smarkets. He introduces himself with a guitar solo playing in the background, which will continue throughout the ad. The guitar sound? Think the riff from American Woman by The Guess Who. Very similar.

0:16 – 0:24: This here is the money shot, as Trost comes back on camera and says, “Just look at how much these f**kers are making from you,” with a big screen behind him stating, “UK Online Bookie Profits,” with the arrow pointing up. And then a bunch of angry tweets take over the screen, with Trost saying, “And this is how they treat the winners?” You know, getting limited and such.

0:24 – 0:26: Then some office worker with a vaguely Eastern Bloc accent says, “So how do they do it, Jason?” The guy gives off a Milton from Office Space vibe, but kinda Russian.

0:27 – 0:35: Trost responds, “By giving you terrible odds and useless casino games,” but not before he strips off his business casual-wear to display a cricket uniform underneath — and his hair turns into a mullet. (There is not a hair metal-cricket video on YouTube as far as I can tell, otherwise you’d be treated to it below.) He then proceeds to smash a slot machine to smithereens by hitting it with a cricket ball and bat.

0:36 – 0:41: Two bored SBK employees calmly extinguish the slot machine fire like they’ve done this a thousand times before. Trost walks through the smoke like The Scorpions playing Red Square in Moscow. (Once I brought up hair metal, you had to know something like this was coming. Plus, I’m circling back to the Russian Milton thing. I’m packing it in here, folks.)

0:42 – 0:56: Russian Milton breaks a pencil and says the whole situation makes him angry. Trost agrees and asks, “So why hasn’t anyone done anything?” He then removes his cricket gear to reveal a jockey uniform and says, “We have. We’ve built a product that gives you the best odds and doesn’t just beef up our profits.” He’s also sitting on a horse. (More on those “best odds” in a minute.)

0:57 – 1:12: Still on the horse, he says, “No more gimmicks, and no more retired soccer players trying to sell you a bet boost.” While he’s saying this, the camera switches to a kindly, gray-haired gent who’s immediately dismissed by Trost when he says, “Sorry, Gary Pallister,” who’s apparently a former soccer star. Trost then dismounts the horse by doing a cartwheel. He then does a series of additional cartwheels before changing back into business casual.

Of course, SBK is currently only available stateside in Colorado. So I checked to see if they actually had the best odds, using Monday night’s MLB moneylines as my barometer.