by Matt Rybaltowski
in Legal, Sports 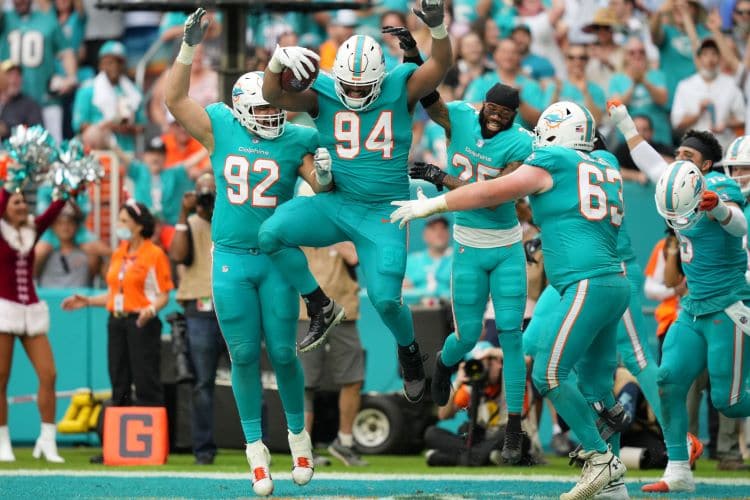 Gaming attorney Daniel Wallach likes to borrow a line from late author Pat Conroy’s 2002 memoir My Losing Season to summarize the lessons learned from the Seminole Tribe of Florida‘s continuing legal battle over sports betting in the Sunshine State.

The Seminoles suffered a resounding defeat last month when a U.S. District Court judge struck down the tribe’s Class III gaming compact with the state of Florida. In a 25-page opinion, Judge Dabney L. Friedrich invalidated the compact while suggesting that the parties should revisit a 2010 compact reached nearly 10 years before the Supreme Court’s repeal of PASPA.

Comparing the Seminoles’ difficulties to Conroy’s senior season on The Citadel’s men’s basketball team, Wallach invokes the inimitable author by noting “sometimes you learn more from failures than you do from your successes.” Marred by leaky defense in the final season of Conroy’s collegiate career, The Citadel finished 8-16 in 1966-67 for its fourth losing season in six years.

Wallach made his comparisons while speaking last week on a panel at the National Council of Legislators from Gaming States winter meeting in Austin, Texas, where the Seminoles’ legal setbacks trying to employ their Hard Rock digital betting app were a prime topic.

Florida lawmakers knew when they passed the compact over the summer that it was on shaky legal ground, especially the online sports betting.
At 11pm Monday night that ground eroded. https://t.co/X2nULVS4L5

The gaming attorney made the comments at a panel titled “Sports Betting Retrospective: Expectations, Reality, And Lessons Learned” from the Supreme Court’s landmark PASPA decision of 2018. Wallach was joined on the panel by Bill Pascrell III, partner at Princeton Public Affairs Group; Brandt Iden, a former Michigan lawmaker who is now head of government affairs at Sportradar US; Illinois state Rep. Mike Zalewski; and Colorado state Rep. Alec Garnett, who serves as House speaker in that state.

In granting summary judgment to plaintiffs West Flagler Associates and Bonita-Fort Myers Corp, Friedrich found that the compact violated the Indian Gaming Regulatory Act, more commonly known as IGRA. Friedrich took issue with language in the compact that would allow the Seminoles to accept digital bets placed off of Indian lands but using servers based on tribal property.

Gaming activities under IGRA may only take place on Indian lands, defined by Congress as lands “either held in trust by the United States for the benefit of any Indian tribe or individual or held by any Indian tribe.” The Seminoles argued that bets placed off Indian lands could be permissible under IGRA since the wagers were processed by mobile servers located on the Indian reservation.

Friedrich ruled that the compact attempted to authorize sports betting both on and off Indian lands, concurrently.

The instant Compact attempts to authorize sports betting both on and off Indian lands. In its own
words, the Compact authorizes such betting by patrons who are “physically located in the State
[of Florida] but not on [the Tribe’s] Indian Lands.” Compact § III(CC)(2).

“That italicized phrase is no slip of the tongue, but instead describes the basic consequence of authorizing online betting throughout the State,” Friedrich wrote in the opinion. “Most locations in Florida are not Indian lands, which IGRA defines to mean lands within the limits of any Indian reservation.”

The federal judge also cited precedence from Michigan v. Bay Mills Indian Community, a case argued before the Supreme Court in 2013. In that case, Michigan sought to forbid gaming activities at a casino that was operated by an Indian tribe, but located outside of Indian lands.

In May, the Florida House of House of Representatives ratified the compact by an overwhelming 97-17 margin. The compact created a “hub-and-spoke” model for sports betting in Florida that gave the Seminoles a virtual monopoly on the activity across the state.

At last week’s panel, Wallach told the audience that he pointed out last spring why the sports betting provisions of the compact should be viewed as a “fundamentally flawed model.” Lawmakers were fed erroneous information on what IGRA would allow, Wallach argued, as well as inaccurate information on Florida’s constitutional prohibition against casino gambling. In 2018, Florida voters overwhelmingly passed Amendment 3, which gives voters through citizen-initiated ballot measures the exclusive right to decide whether to authorize any expansion of casino gambling in Florida.

“In running away from a potential constitutional problem, the state legislature walked headfirst into a larger federal problem on the Indian Gaming Regulatory Act,” Wallach said.

The Seminoles’ Hard Rock Sportsbook platform went live in the fall and stayed online until Dec. 4, one day after an appellate court denied the tribe’s request for a temporary stay of the district court’s decision. Pascrell, who advised the Seminoles in Florida, told the audience that he did not believe that anyone involved “acted in a “surreptitious way” to “pull the covers over legislators’ eyes.”

Due to yesterday’s appellate court decision, the Hard Rock Sportsbook mobile app will temporarily suspend accepting new bets and deposits. Player information and account funds are safe and secure, and the app will remain online for easy withdrawals via all payment methods. pic.twitter.com/8XhDcXzRKa

As for the server issue, Pascrell suggested that there is federal law that considers the location of a bet as the physical area where “the click” is made for online wagers. In New Jersey, the servers used by a racetrack to facilitate wagers from a sports pool must be located at that racetrack or inside approved locations in Atlantic City, according to state law.

Other highlights from the panel:

Moving forward, Pascrell predicts a “monster year,” not only for sports betting, but for the online casino industry in 2022. Large states such as New York and Ohio are poised to go live with mobile sports betting next year.

In terms of sports betting in Florida, Wallach outlined three pathways for the Seminoles following Friedrich’s ruling. Under an appellate pathway, an expedited ruling could be made over the next six to nine months, he noted. The Seminoles could also pursue a new compact that features retail-only sports betting on Indian lands. Finally, the tribe could take a referendum pathway, similar to the ballot initiative undertaken by DraftKings and FanDuel, for bringing legal sports wagering to Florida.

As other states wrestle with constitutional issues surrounding sports betting, tribal compacts, and gaming activities under IGRA, it is incumbent on lawmakers to become educated on the issues, Wallach emphasized.

“The lesson to be learned here is lawmakers cannot necessarily trust positions advanced by one stakeholder or the other,” Wallach said. “It would be legislative negligence to take the word of one stakeholder and not seek the opinion of an attorney general or outside counsel.”