Seminoles Paying Off Signature Gatherers, Some ‘Fear For Safety’ In Florida, Report Says 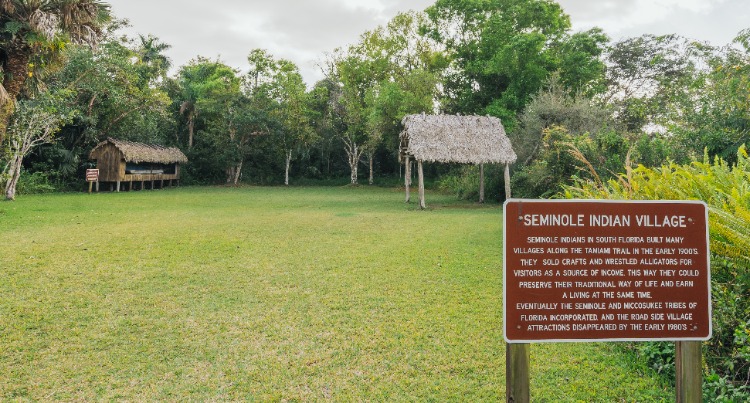 High drama surrounding legal sports betting and an expansion of gambling in Florida continues to swirl after Politico broke a story Monday claiming that the Seminole Tribe is going to extreme lengths to prevent a competing sports betting ballot initiative from accumulating the signatures it needs. The report asserts that the tribe is paying off signature gatherers and that some working for the tribe are harassing other canvassers in an effort to make it difficult to gather signatures at all.

The story broke a day before the U.S. Department of Justice filed a brief supporting the Seminoles’ continued offering of legal sports betting, despite a U.S. District Court judge calling for a suspension. The DOJ filed its brief in response to a Seminole appeal in appellate court requesting a stay to keep its digital wagering platform live. Last week, U.S. District Court Judge Dabney Friedrich vacated the controversial compact between the state of Florida and the Seminoles that allows for any bet placed anywhere in the state to be considered on tribal lands if it flows through a Seminole server.

The appeal was filed as part of the West Flagler Associates and Bonita-Fort Myers Associates vs. U.S. Department of the Interior Secretary Deb Haaland case. The plaintiffs, a pair of South Florida parimutuels, have until noon Wednesday to respond.

Judge denies Seminoles' motion to continue online Florida sports betting. While the case continues to unfold, the legal arguments for and against were debated at length in a recent Gaming Law Review roundtable discussion.https://t.co/vwRSij9q1p

With that as the backdrop, the future of sports betting in Florida is being fought on the ground between signature gatherers for multiple proposed ballot initiatives. In particular, DraftKings and FanDuel are leading an effort for an initiative that would allow for statewide mobile wagering that would not have to flow through the Seminoles. The pair funded the political committee Florida Education Champions, which has been gathering signatures for months, and is hoping to hit the required 891,589 to get on the ballot by the Feb. 1, 2022 deadline.

Christina Johnson, a spokesperson for Florida Education Champions, told Sports Handle Tuesday that it has collected more than 600,000 signatures and is “confident” it will reach its goal. According to the Florida Department of Elections website, more than 130,000 signatures have been verified.

The campaign had no comment on the issues uncovered in the Politico story. So far, the proponents have funded the campaign with $32.7 million and have spent $16.2 million. In October, an additional $12.7 million was put into the campaign following initial seed money of $20 million.

Since Florida Gov. Ron DeSantis and the Seminole Tribe agreed on the compact, it has been under fire, both legally and politically in the competitive wagering and casino marketplaces. Besides the sports betting initiative, the Las Vegas Sands Corporation has been lobbying to for a brick-and-mortar casino in Jacksonville. The company staked the Florida Voters in Charge committee with $27 million, including a $10 million capital injection last month while the Poarch Creek Band of Indians contributed $1 million.

Some ‘walk away, sometimes scared’

While the legal battle is what could ultimately determine if the Seminoles can continue to offer wagering through their Hard Rock platform, where things are getting very ugly is on the ground, in the fight for signatures to get proposals on the ballot.

“I have never seen it this bad. I have seen blockers before, but not like this,” Faten Alkhulifi, regional director at Advanced Micro Targeting, a signature-gathering company working with Florida Education Champions, told Politico. “It makes these canvassers fear for their safety. I’ve seen people about to sign, then they end up walking away, sometimes scared.”

The company’s state director, Zach Herrington, painted a more specific picture: “They will harass us for a spot. They will do something like piss someone off at a DMV, or a courthouse, or a parking lot, then everyone gets kicked out. It’s designed to burn that turf for everyone.”

According to report from @Mdixon55 @POLITICOPro, things have gotten pretty contentious, or downright ugly between Seminole Tribe & rival gambling initiatives.

Those include bid by #DraftKings & #FanDuel to get online sports betting measure on '22 ballot.https://t.co/1K9Q5hmVlB

At least one other story about signature gatherers playing dirty surfaced earlier this fall when a student publication at Florida International University ran a story about petitioners harassing students, interrupting classes, and and trying to coerce students into signing. While the story pointed to signature gatherers representing Florida Education Champions as the culprits, photos with the story also showed a “Support the Seminoles Compact” petition.

According to the Politico story, the Seminoles are employing what’s referred to as a “blocking” campaign, in which they pay off signature gatherers to not work in Florida and separately try, as Herrington described, to hinder or prevent other signature gatherers from being able to do their jobs.

“The Seminole Tribe has assembled the best team of political consultants in the country and it is currently engaged to oppose multiple outside interests that have initially invested a combined $60 million in PAC money to hire more than a thousand people to fight the Tribe’s success,” Seminole spokesman Gary Bitner told Sports Handle.

The Seminoles deny that they are involved in or have encouraged any disruptive behavior.

Bittner told Sports Handle that “vendor partners have moved to terminate some program participants,” but that he did not have details on specific situations. He previously told Politico that “Any incidents of inappropriate behavior are not tolerated and result in immediate termination.”

The tribe has been circulating a petition — as evidenced at Florida International — that is not tied to any initiative, but does support the compact and the new revenue streams it brings to the state. The tactic, known as a plebiscite, is used to create confusion among voters. Those signing the petition are asked for a name and address, and by the very act of signing, voters believe they have made a decision to support one side, so when asked to sign by Florida Education Champions or Florida Voters in Charge, voters decline. But the reality is that they have not supported (or opposed, for that matter) anything.

“That’s the thing, when we come and ask someone to sign a petition saying it will increase funding for local schools, we hear them tell our gatherers that they have already signed,” Herrington told Politico. “It’s totally confusing, as it’s designed to be.” 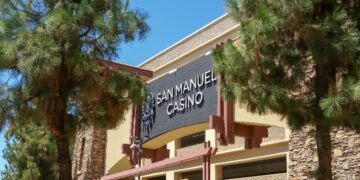