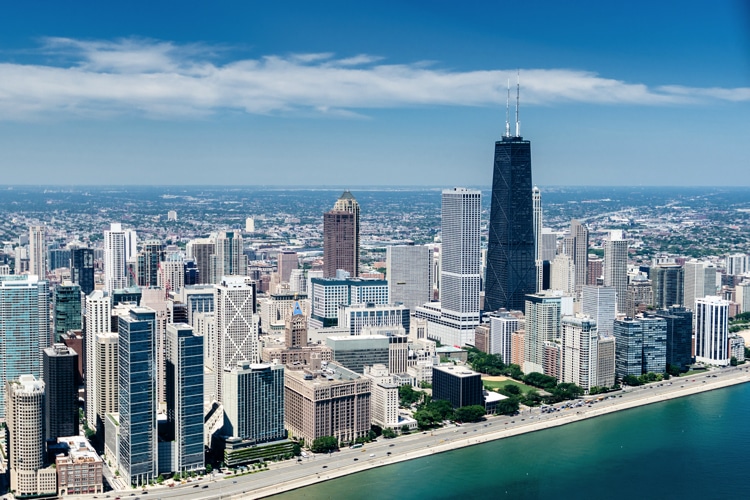 The Illinois Gaming Board reported an adjusted sports wagering revenue total of more than $78.4 million for September, leaving the state less than $1 million shy of breaking its all-time monthly record.

Illinois is only the third state to have a win rate under 10% for September, as its 9.43% hold ranks ahead of only New Jersey (9.4%) and Nevada (9.3%). With only Arizona yet to report, the nationwide win rate for September sits at 11.8%, more than one-tenth of a percentage point higher than the all-time record of 11.7% set in September 2018, when there were only five states taking wagers.

Traditional handle in Illinois in September totaled $831.8 million, which was not enough to overtake New Jersey for second place nationally (after Illinois had done so the previous month). The total, which ranks fifth in 29 months of wagering in Illinois, was an 89.5% year-over-year improvement compared to the $596.5 million for September 2021. It was also enough to make Illinois the fourth state to clear $15 billion in all-time post-PASPA handle along with New Jersey, Nevada, and Pennsylvania.

The state received $11.8 million in tax receipts, lifting the total for the year to $77 million and within $400,000 of $175 million since launch. Cook County, which includes Chicago and levies a 2% tax on revenue from all wagers made inside county limits, had an all-time high of close to $800,000 in tax receipts.

FanDuel set an all-time state record for monthly revenue with $35.9 million, posting a monstrous 15.1% hold on $237.5 million in completed handle thanks in large part to parlay wagering. It was the fourth time in 11 months the online titan cleared $30 million in the state. The revenue figure topped FanDuel’s previous best of $34.2 million in April.

DraftKings was a distant second in revenue at $20.3 million, which was its second-highest total in Illinois behind the $21 million last November. It did, however, lead the state in handle with $285.9 million and surpassed $5 billion all-time.

BetRivers took third place for both handle and revenue, accepting $88.4 million in wagers and claiming $7.8 million for revenue. The latter total marked its best month since clearing $10.2 million in January, though its September handle was 34.9% off its all-time record $135.8 million generated that month.

PointsBet took best-of-the-rest honors for traditional handle at $55.3 million but also had the lowest win rate among the state’s seven mobile operators at 4.8%, collecting $2.6 million from $54.2 million in completed events wagering. Barstool Sportsbook was fourth in revenue, finishing just shy of $3.8 million, while BetMGM rounded out the top five at $3.1 million.

BetMGM edged out Barstool for fifth in traditional handle, with its $45.4 million almost $2 million better. Caesars Sportsbook rounded out the mobile handle totals with $39.5 million, while its $2.6 million revenue knocked PointsBet into last by about $30,000.

September #SportsBetting numbers for #Illinois via IGB, a 🧵. The @Marco_Parlay threadjack (1/x)

Some of you will recall Marco Piemonte hit a $3M parlay during September via @PointsBetIL. Here are some of the ways he skewed numbers in this report…

There was anticipation surrounding the IGB’s September report because it would show the effects of Marco Piemonte’s parlay win of nearly $3 million that came during Week 3 of the NFL season after the Denver Broncos edged the San Francisco 49ers 11-10 on Sunday Night Football.

The biggest impact was on PointsBet, which accepted the $65,000 wager on the six-leg parlay. The Aussie-based book would have posted revenue for the month of $5.5 million had the parlay failed, which would have translated to a 10.2% hold. PointsBet instead finished with just $673,206 in revenue from parlay wagering on $16.1 million in completed handle, as Piemonte’s win dropped the book’s parlay hold from 22.5% to 4.2%.

In terms of bigger-picture numbers, the Piemonte win knocked the statewide hold on completed events down more than one-third of a percentage point and also cost the state $440,000 in tax receipts. Piemonte’s payday also knocked the overall parlay win rate from 21.4% to just under 20%, as practically every other operator enjoyed a good month on those multi-leg wagers.

And how well did those operators do?

FanDuel generated enough revenue from parlays alone — $22.2 million — that it could have led all mobile operators without winning anywhere else. It crushed bettors with a 28.5% parlay win rate as the completed events handle totaled $78.1 million.

Barstool Sportsbook’s revenue total was also pumped up due to parlays, as the $2.3 million from $9.6 million in parlay wagers accounted for 60% of its revenue while generating a 23.5% hold. Caesars rounded out the list of books that posted a 20% or better hold, landing at 22.9% to claim $1.3 million in revenue from $5.7 million in such bets.

Bettors get their licks in at brick-and-mortars

Another reason Illinois fell just short of a revenue record was a surprisingly strong effort by bettors on location. The retail win rate was 6.8%, the lowest since April and three percentage points lower than August, as the nine brick-and-mortar venues and two OTB locations combined for $2.3 million in revenue from $34.1 million in traditional handle.

Hollywood Casino’s two retail books in Aurora and Joliet combined for nearly $460,000 in revenue, with Joliet posting a state-best 17.4% hold. On the flip side, Fairmount Park and Par-A-Dice Casino joined Casino Queen with sub-3% holds, with the former two clearing barely over $53,000 between them.