Its platform is live in Colorado with plans to add Indiana, Iowa, New Jersey, and Virginia 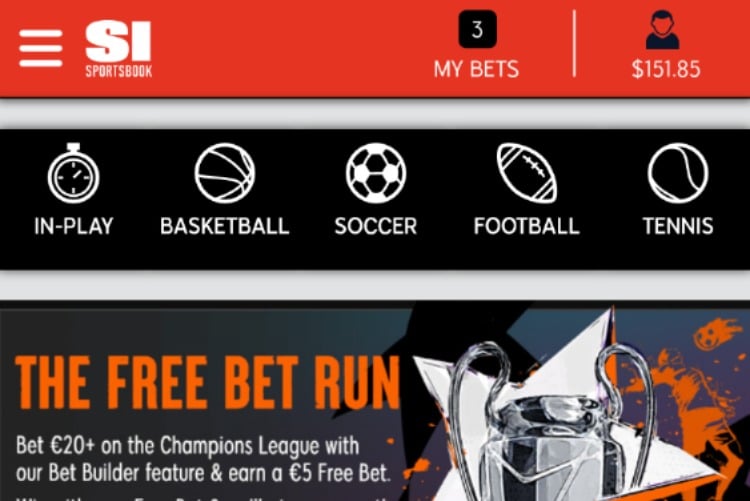 In the 1970s and 1980s, before we all could hold news in the palms of our hands 24/7, it was a thing to rush to the mailbox … and hope that your favorite magazine had arrived.

Sports Illustrated, which began publishing in 1954, was among the first to do in-depth reporting on the biggest sports stories, including the NFL’s “Immaculate Reception,” Team USA’s Olympic hockey “Miracle on Ice,” boxing’s “Rumble in the Jungle,” Mary Lou Retton’s perfect 10, and North Carolina State’s incredible 1983 NCAA basketball championship.

The athletic world’s incredible cast of characters — among them Terry Bradshaw, Mike Eruzione, Muhammad Ali, and Jim Valvano — came to life on the pages each week.

As the digital age has grown, interest in print magazines and newspapers has waned. Sports Illustrated in 2018 went to a twice-monthly publication schedule, and in 2020 it retreated to once a month. The company was bought by Authentic Brands Group in 2019 with the goal of creating a digital platform that brings culture, sports, and entertainment together.

“We wanted to leverage this brand that is familiar over generations,” 888Sport’s North American director of business development, John Atkinson, told Sports Handle. “We want to tap into that and use their expertise in sports and social. We want to create value to the user in a way that is not advertising. So the question then becomes, ‘Where do I want to bet?’ I want to bet where I am getting good information.”

And the answer to the question, at least from Atkinson’s perspective would be, “Sports Illustrated.” Through the partnership, the companies have launched SI Sportsbook, which is currently live in Colorado and has much grander plans beyond the Rockies. SI Sportsbook is licensed but not yet live in Virginia and also has plans for platforms in Indiana, Iowa, and New Jersey. In fact, earlier this month. 888 ceased operating its platform in New Jersey while announcing plans to rebrand under the SI banner.

“As part of our strategic partnership with Sports Illustrated, we can confirm that we have closed 888sport.com in New Jersey as we prepare for SI Sportsbook’s launch in the market,” Atkinson said earlier this month.

While 888 isn’t offering any hard timeline for New Jersey or anywhere else, the company is working to further establish that intersection of sports and media on the social media side, in particular. Atkinson said the goal is not to flood Twitter followers, for example, with odds and ads, but rather to connect with them in other ways.

“It’s more of a challenge than people expected to unlock social media brands,” he said, “so we’re constantly testing and finding ways to engage fans. … We’re being genuine and using our partners at SI, and it doesn’t just have to be stats — it can be a meme or something that makes you laugh or something that gives you insight.

“SI has the SI handle and the @SI_Betting handle (on Twitter). There are different kinds of content coming out of those handles. You want to make sure if someone is following you, you know why they are following you.”

To wit, Wednesday’s @SINow Twitter feed was stuffed with a smiling Tiger Woods watching his son mimic his actions on the golf course during a tournament last weekend, while the betting feed featured odds, picks, and the latest news about games.

There's one bowl game today between Army and Missouri. Find out who @RJ_Writes and the Composite are betting in this game!https://t.co/B57QQZ8dD3

As SI Sportsbook prepares to expand its reach in 2022, it will do so the way that 888 has made a name for itself throughout Europe — organically and with nimble technology.

“All of our technology is in house, so that allows us to adapt and customize a product,” Atkinson said. “The goal is to have an Americanized product, but we’re seeing Las Vegas and Europe wrapped into one.”

Among the challenges, Atkinson said, is educating American bettors on in-game wagers, which in the U.S. account for a lower percentage of wagers than in Europe. 888Sports, founded in 2008 as a dedicated division of 888 Holdings, is active across Europe, including in the United Kingdom.

“We have a lot of cool features that will educate users,” Atkinson said. “My colleagues are always surprised at how immature the [U.S.] market is, that [many operators] don’t have the tech that is built and used around the world. You can adjust spreads, you can bet in-game. If you go to a soccer game in Europe, you see people placing bets during the games, and that just doesn’t happen as much in the U.S. It’s not as fluid. … That middle ground of Europe vs. the U.S., can you get the product right? That’s really a key focus.”

For SI, finding a right sportsbook partner was of paramount importance. SI is among the first big-brand sports publications to lend its name to a sports betting company. On the broadcast side, partnerships are becoming more and more common: Bally’s purchased a group of regional sports networks; NBC bought a share of PointsBet; DraftKings bought VSiN; and Penn National Gaming made a deal with Canadian-based Score Media. But the deals on the “print” side have been fewer. ESPN entered into agreements with DraftKings and Caesars to provide odds, and the Worldwide Leader has floated the idea of lending its name to a sportsbook.

Dan Dienst, executive vice chairman for strategies, ventures, and tactical operations at Authentic Brands Group, said, “We were blessed to find in 888 a company that shared many of our aspirations for the most trusted brand in sports as it entered the nascent U.S. sports wagering market: a journalistic and fan-first approach to engaging with consumers; an operator with a proven track record of success; a shared view that U.S. sports wagering is a marathon and not a sprint; and ensuring that our operating partner has an unwavering commitment to safe and responsible gambling.”

The idea that becoming a successful U.S. sportsbook is a “marathon and not a sprint” is a concept rarely talked about. The biggest companies often appear to be in heavyweight fights at every launch, spending hundreds of dollars per player on customer acquisition.

For companies not named DraftKings or FanDuel, it’s nearly impossible to keep up with the spend, and other ways to gain and retain customers are explored, including offering a more diverse package. An example is Bally’s, which has been on a buying spree and has plans for a state-of-the-art platform that will allow more consumer interaction and a more immersive experience.

SI Sportsbook appears headed down a similar road. There are no illusions that it will capture equivalent market share when competing against behemoths like Caesars, DraftKings, FanDuel, or MGM, but that’s also not the business model.

“I think our goals aren’t to be 40% market share,” Atkinson said. “We have other goals that we think are achievable. We’re already seeing big changes — you can’t keep spending that amount of money. It’s ultra competitive.

“We have done this all over the world, we come in and we grow organically. To be successful, you have to offer something different.” 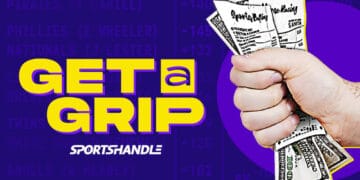 Get A Grip — The Week In Sports Betting: Another State Goes Down