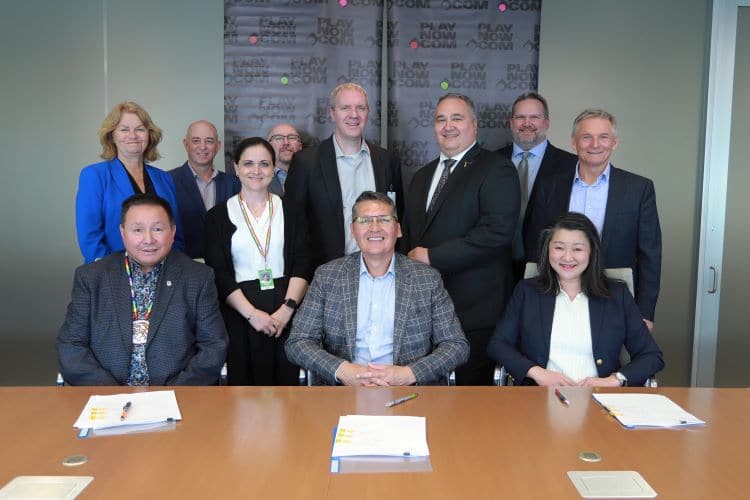 There’s good news for the residents of Saskatchewan, as the British Columbia Lottery Corporation (BCLC) has signed a vendor agreement with the Saskatchewan Indian Gaming Authority (SIGA) to develop an online gaming platform, the two parties announced Monday in a press release.

BCLC, a government-run corporation that already operates its regulated PlayNow online gaming platform in the provinces of British Columbia and Manitoba, will expand to a third Canadian province and offer iCasino and sports betting in Saskatchewan. Development of the site is to begin immediately with the goal of being operational by the end of 2022.

PlayNow.com, the only regulated gambling website offered in both B.C. and Manitoba, is the only gambling website in North America — and one of a few in the world — that offers dedicated player-health specialists known as GameSense Advisors.

SIGA, a nonprofit organization, operates seven First Nations-owned casinos in Saskatchewan, which is home to almost 1.2 million Canadians and borders Montana and North Dakota to the south. Established in 1995, SIGA reported revenue of $85.7 million (CAD) and net income of $16.6 million for 2020-2021, according to its annual report.

The timeline so far, and to come

SIGA closed its RFP process last December and has taken the last few months to select its vendor. Director of Communications and Media Relations Alanna Adamko previously told Sports Handle it would take roughly four to six months to get the site up and running once a vendor had been selected. That means a fall or early-winter online gaming launch in the province is likely.

“I heard there was lots of interest [in the RFP],” Canadian Gaming Association President and CEO Paul Burns told Sports Handle. “That’s great for them. It’s a tremendous opportunity for SIGA to extend their brands online and integrate them with SaskGaming, and be able to create a really great offering for the province of Saskatchewan.”

“Sport Select has a niche in the province, and SIGA will look to complement offerings in the sports betting space to compete against the gray market betting, where these monies are leaving the province,” Adamko told Sports Handle last December.

SIGA announced today, along with other stakeholders, that they have officially signed a vendor agreement for BCLC to begin development on the Online Gaming site.https://t.co/x3kzW639I8…@casinoregina @casinomoosejaw @fsinations pic.twitter.com/qsUCLgGDTV

On Sept. 23, the Saskatchewan government and the Federation of Sovereign Indigenous Nations (FSIN) announced an amendment to the Gaming Framework Agreement (GFA), which was originally signed in 1995, to establish the legal grounds for a digital gaming enterprise to be run by SIGA.

FSIN, which represents 74 First Nations in Saskatchewan, and the province established a 50/50 revenue-sharing agreement, making SIGA the only First Nations operator in Canada to have such a deal with any level of government for online gaming. SIGA will be the official operator of the new online gaming portal as per an operating agreement with SaskGaming.

For comparison’s sake, the Ontario Lottery and Gaming Corporation only allocates 1.7% of annual gross revenue to First Nations in the province of Ontario. In B.C., the government agreed to a 25-year pact in 2018 with its First Nations to share 7% of gaming revenue.

Chief Adam Pawis of the Shawanaga First Nation community, which is located roughly 170 miles north of Toronto in Ontario, commended the Saskatchewan government for making the historic deal with SIGA, but also criticized the Ontario government for cutting First Nations out of any future iGaming or sports betting plans and expansion, calling it a form of “economic genocide.”

Other First Nation groups in Ontario are also condemning the expansion of online gaming in Ontario as they believe revenue will be stripped away from land-based casinos, thus impacting the funds they rely on.

Check out this article by our Chief, Kelly LaRocca, on how iGaming will negatively impact First Nations communities!https://t.co/ceQ1UCj8iU