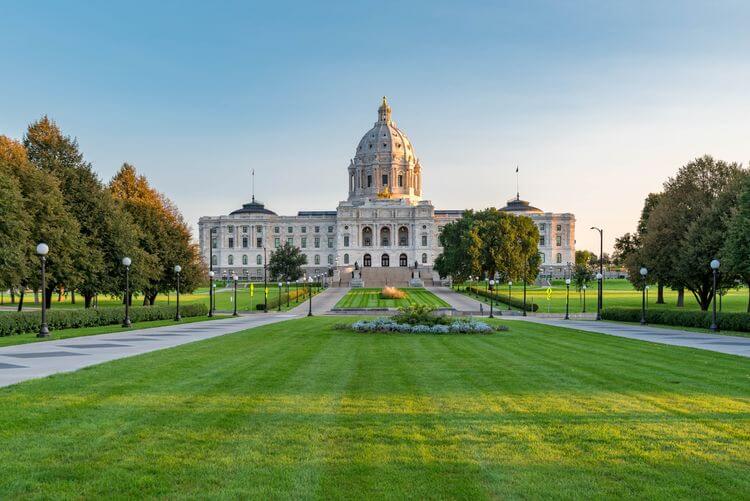 A Minnesota sports betting bill moved through the Senate Finance Committee on Thursday, but while the bill technically advanced, significant obstacles remain for the state legislature to legalize statewide wagering.

Aside from removal of tribal exclusivity over sports betting licenses — a major change — the bill remains largely similar to the House’s version. There would be a 10% tax rate on both online and in-person sports bets.

Sen. Roger Chamberlain said he expected the bill would generate roughly $10-20 million in annual tax revenue. That estimate seemed to match the findings of a fiscal analysis shared during the hearing.

As for the tax revenue distribution, one-third each would go toward charitable gaming, promoting sporting events in Minnesota, and funding of programs addressing mental health and problem gambling. It’s likely the potential areas for tax distribution could be a point of future debate, though not the main obstacle to passage.

Could the bill pass?

As was the case earlier in the week, it remains unlikely Minnesota legalizes sports betting this year. The Minnesota Indian Gaming Association sent a letter to the Senate Finance Committee Wednesday saying nine of the 10 members of the association support the original version of HF 778, but they oppose the amended version.

“Through the stakeholder process, Rep. Stephenson, Rep. Garofalo and others crafted a bill that accomplishes the goal of providing a safe and competitive marketplace for Minnesota sports bettors without threatening the viability of tribal gaming in the state. … If amended by the A-22 amendment, which expands commercial gaming, all 10 MIGA tribes would then oppose the legislation,” the letter said.

The Minnesota Senate is slated to take up a sports betting bill before their session ends Monday, but their version differs from what passed the House earlier this month.

With little time left for a compromise it looks like a long shot at this point. Hopefully next year.

With the legislative session ending Monday, only a few days remain for state lawmakers to hash out a compromise. Given what appears to be a hardline stance from the tribes against allowing racetracks to offer mobile and retail wagering, it could be hard to meet that deadline.