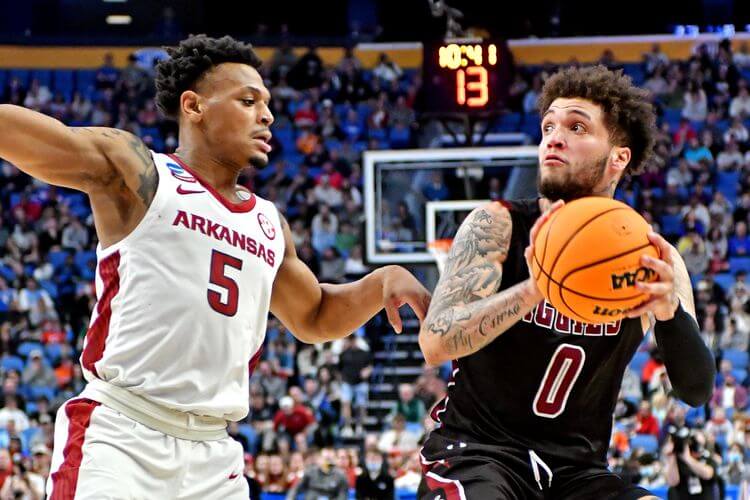 When mobile sports betting was legalized in Arkansas this year, executives at Saracen Casino Resort were confident their online betting platform would be live by the start of March Madness.

As of Wednesday, BetSaracen has yet to launch, as the casino shifts responsibility to “partners, vendors, and testing laboratories.” Saracen Casino has not provided an updated timeline for when it expects to launch its mobile betting platform, although the BetSaracen Twitter account posted on March 11 that it hoped to launch “any day now.”

Stop blaming other people. I’d respect you more if you just said the truth. We get you want to have this out like we do, but own up to your false promises instead of continuing to blame people. Not a good look and not a place I want to spend my money.

Betly online sportsbook, which launched through Southland Casino, is up and running on desktop browsers, and an Android app can be downloaded via the casino’s website. It’s not yet available for iOS users or Android users via the Google Play Store.

The platform isn’t without complaints, as some Twitter users have cited cumbersome withdrawal and payment methods while others have been irked by a slow registration process. A few others complained that the site, unlike the major sportsbooks, doesn’t offer NHL odds. In fairness, some users reported smooth sailing with the platform, saying they’ve placed wagers and haven’t run into issues.

Some of Betly’s shortcomings add to the frustration of BetSaracen’s delayed launch, as Arkansans seem genuinely interested in the BetSaracen product, and many clearly want to try it out when it goes live.

Arkansas has a 51% revenue-sharing rule that drew criticism from major operators and effectively kept BetMGM, DraftKings, and FanDuel from entering the Arkansas mobile betting market. Casino representatives assured policymakers and customers that bettors wouldn’t notice a difference between their apps and those of the national operators. Given the slower than expected launch from some of the “local” sportsbook apps, however, Arkansans have voiced frustrations on social media.

“Well this got botched,” one Twitter user posted in a reply to a BetSaracen tweet. “I guess Bovada and BetOnline will have to do. Got greedy and now the big ‘March Madness’ promise fails to come to fruition. Should’ve just let the big books come in.”

The slow launch wasn’t the only reason for recent frustration, as Saffa recently shared a sneak peek at the site’s interface, and to the casino’s credit, the interface looks good.

A sports betting app is basically if you merged the following all in to one: Robinhood, your bank app, your credit card app, PayPal, a digital ID, and a really strict map app. But @BetSaracen is ready and awaiting App Store and payment processor final approvals. Here’s a look: pic.twitter.com/Sgu4uJ3zN4

Interestingly, though, the odds on the few games listed were subpar. Saffa quickly stressed to a few Twitter users, including me, that the lines wouldn’t be juiced to -122 or -127 instead of the usual -110 offered by most national operators. He clarified that the screenshot just showed a demo, and the lines are expected to be more traditional and fair.

Demo space. People wanted to see our format and design. Don’t worry- not the kinda juice we’d have if live.

That’s good news for Arkansas bettors, although the post seems like a marketing blunder. Instead of customers being pumped up about the interface and the app’s upcoming launch, many were taken aback by the potentially juiced lines, leading to a necessary clarification from the casino.

Users seem mostly irritated that Saracen representatives promoted an expected launch ahead of March Madness, but failed to have the mobile platform ready for the opening weekend of the event. The University of Arkansas men’s basketball team has already completed two NCAA Tournament games, failing to cover the spread in each but beating Vermont and New Mexico State to make this week’s Sweet 16.

Yeah I don’t doubt that the process is extremely sensitive and time consuming but just think he failed miserably in communicating that to people. Had he not confidently suggested a release time frame, no one would be upset or frustrated at all. However that wasn’t the case.

Arkansas faces No. 1 overall seed Gonzaga Thursday night as a 9.5-point underdog. As of Wednesday, fans wanting to back the Razorbacks legally could use Betly, but not BetSaracen. Many bettors might also decide to use illegal betting platforms instead.

Clearly, the initial launch hasn’t been as smooth as casino representatives or customers hoped. Saffa, a die-hard Arkansas fan, recently told the Arkansas Democrat-Gazette, “Anybody that wants this app up wants it up about 1/100 as much as I do.”

Saffa even told the publication that Saracen Casino expected to see $30 million worth of sports wagers placed in March if it had a publicly available app. That’s a dramatic increase from the $1.6 million wagered at the casino last March. Certainly, those at Saracen Casino want the mobile platform up and running, but they’ve also fallen short of earlier promises. 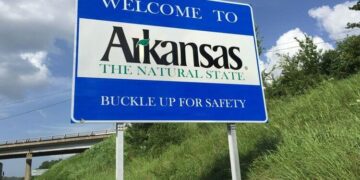 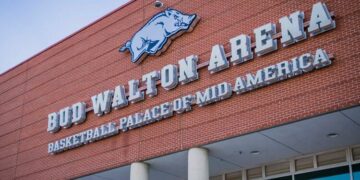