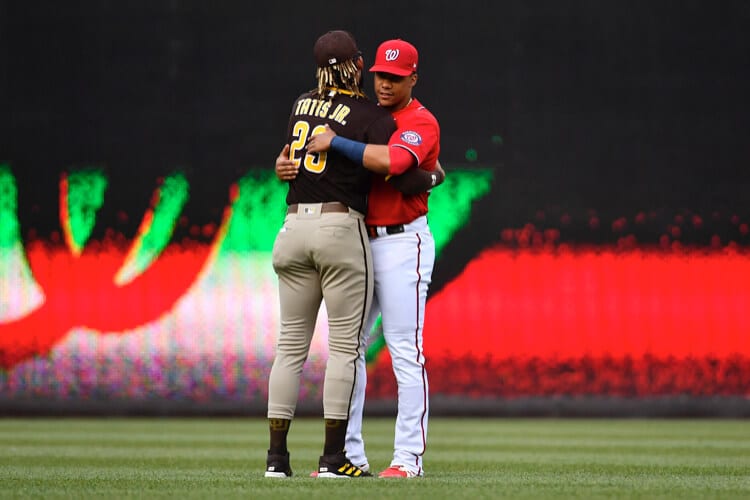 As with most Major League Baseball trade deadlines, this year’s flurry of action brought a number of under-the-radar deals that either shored up the rosters of contenders or purposely depleted those of teams in rebuilding mode.

Washington’s hand was all but forced when the 23-year-old Soto, who recently won the Home Run Derby, turned down a 15-year, $440 million contract extension, making it quite clear that he intended to flee the nation’s capital at the earliest opportunity. Reactions to Tuesday’s blockbuster varied. While The Ringer called it a “historic heist” for the Padres and the word “fleeced” was trending on Twitter, ESPN baseball reporter Jeff Passan actually liked what Washington did, saying, “The amount of talent going to the Washington Nationals matches the amount of talent going to the San Diego Padres.”

Went on SportsCenter to talk about the Juan Soto blockbuster. We will have much, much more on our trade deadline special today from 4 to 6 p.m. on ESPN. pic.twitter.com/WigOpc8fFU

By the time they traded for Soto, the Padres had already improved their roster, shipping reliever Taylor Rogers, left-handed pitching prospect Robert Gasser, right-hander Dinelson Lamet, and outfielder Esteury Ruiz to the Brewers on Monday for one of the game’s best closers in lefty Josh Hader. And after dealing for Soto, they added another big bat by acquiring infielder Brandon Drury from Cincinnati, where he was leading the Reds with 20 homers and 59 RBIs.

After the Drury deal, The Sporting News remarked that San Diego’s farm system “is getting awfully thin.” But in the here and now, the second-place Padres’ wheeling and dealing took them from odds of 30/1 on July 28 to win the World Series to 10/1 after the deadline dust cleared, with FanDuel adjusting their price from 13/1 to +490 to win the National League pennant.

While the Padres made far and away the biggest splash on deadline day and leapfrogged the Atlanta Braves (9/1 on July 28 to 12/1 on Aug. 2 to win the World Series, +410 to +550 to win the NL pennant) at most mobile sportsbooks, they didn’t do enough to put much of a dent in the odds of a quartet of teams — two in each league — considered to be the most serious World Series contenders (all odds courtesy of FanDuel):

The Yankees were the busiest of this bunch. After trading for Royals outfielder Andrew Benintendi last week, feast or (mostly) famine slugger Joey Gallo became expendable — so New York shipped him to the Dodgers in exchange for pitching prospect Clayton Beeder. The Yankees also got the second-best starting pitcher on the trade market in grabbing Frankie Montas from the A’s, and scooped up a reliable reliever in ex-Cub Scott Effross.

Not to be outdone, the Astros upgraded their starting lineup by acquiring catcher Christian Vazquez from Boston and first baseman Trey Mancini from the Orioles.

The Mariners traded a princely stash of top-rated prospects for Cincinnati ace Luis Castillo, the best arm on the market, while shoring up their bench by acquiring catcher Curt Casali from the Giants and Seattle native Jake Lamb from the Dodgers.

As for the Twins, The Sporting News remarked that Minnesota “quietly” added a good starting pitcher (Cincy’s Tyler Mahle), a good setup man (ex-Tiger Michael Fulmer), and a good closer (Baltimore’s Jorge Lopez) as they prepare to do battle with the White Sox and Guardians — both of whom largely stood pat — for the AL Central title down the stretch.

And while the hapless Reds were understandably in fire sale mode, the surprisingly competitive Baltimore Orioles (300/1 to 500/1 to win WS, 130/1 to 350/1 to win AL pennant) stayed focused on the future by dealing Mancini and Lopez for a cavalcade of prospects despite still having a puncher’s chance of earning a wild card berth.