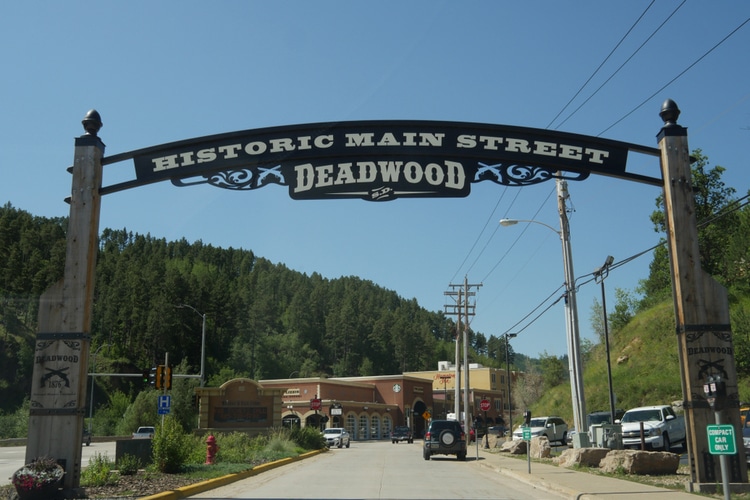 Somewhere, Al Swearengen would have smiled at seeing the operator profits from NFL wagering in Deadwood — and let fly with his customary string of expletives over giving some of it back in college football plays.

The South Dakota Commission on Gaming released its first sports wagering revenue report Monday from the four locations in the former gold rush town offering the public the opportunity to pan picks into profits. The Mount Rushmore State reported $443,365 in handle for September, with operators keeping $71,320, good for a 16.1% win rate after launching Sept. 9. The state taxes gaming revenue at 9%, giving it $6,419 for the month’s wagering activities.

The commission provided a tidy breakout of handle and revenue by sport, which showed some interesting figures — as well as first-month anomalies — that occur with a low volume of wagers. Voters legalized sports betting in South Dakota last November, and Gov. Kristi Noem signed SB 44 into law in March.

Football an overwhelming percentage of handle

Deadwood operators ran the table on NHL bets, winning all $1,002 worth. Not available for comment: pic.twitter.com/q7jbLKXcmY

When combining NFL and college football handle, the $408,364 wagered accounted for 92.1% of the overall total. Nearly 30% originated from college football, despite wagering not being allowed on the state’s two FCS programs, perennial powers South Dakota and South Dakota State.

The outcomes of those football bets diverged wildly based on level. The house had a stellar 26.95% hold on NFL wagers, as the $74,646 in operator revenue exceeded the overall total. That was because bettors clawed some of it back via college football, making $6,750 in profit on $131,349 wagered and dealing the book a -5.14% win rate.

There were multiple sports where bettors failed to post a single “W,” but since the commission does not provide the volume of bets placed, it is unsure just how many “L’s” they took. The biggest sweep came on NHL wagering, from which the house won all $1,002 of wagers made.