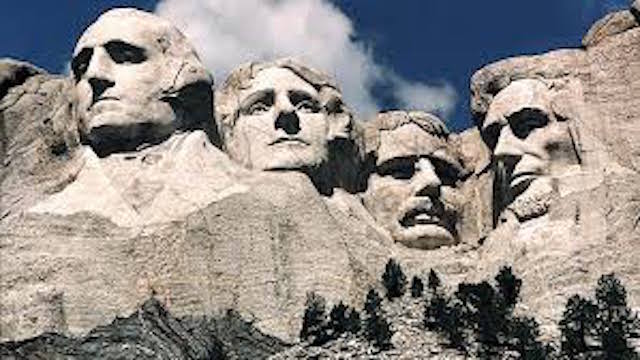 The fifth smallest state in the nation by population, South Dakota doesn’t want to be left out of the sports betting game. Known for Mount Rushmore and the scenic Black Hills, South Dakota has more than 30 commercial and tribal casinos, and if the Deadwood Gaming Association gets its way, sports betting will be on the menu by 2021. The association is working on a ballot measure and is going to ask state lawmakers to put it on the 2020 ballot.

South Dakota has had legal gaming since 1989 and 22 of the state’s casinos are located in Deadwood. Gaming is only legal in Deadwood and at tribal casinos, though the video lottery is legal across the state.

“We want to keep Deadwood a competitive gaming destination,” Mike Rodman, executive director of the Deadwood Gaming Association told Sports Handle. “A few years ago (2014), we put in craps and roulette for just that reason.”

Rodman said the goal would be to have legal sports betting in South Dakota beginning on July 1, 2021. His group has already submitted the ballot initiative to the state legislature’s research council and it is now being considered by the state attorney general’s office. Rodman said that so far, state lawmakers support the idea, as long as sports betting is limited to Deadwood and tribal locations.

So, what would sports betting in South Dakota look like? Rodman said the ballot initiative is not specific at this point, but merely a way to amend the state constitution to legalize sports betting. Should it pass, he’s prepared to work with the state legislature and the South Dakota Commission on Gaming to sort out the particulars. That said, it’s likely that sports betting would limited to in-person or in-casino wagers and the Deadwood Gaming Association would like to see a Las Vegas-style setup rather then having sports  betting run by the lottery.

Rodman said his group will look to the state’s gaming commission to oversee sports betting. The current gaming tax rate in South Dakota is nine percent, with an additional $2,000 annual fee for every “device,” meaning every table or machine. Rodman estimates that works out to about a 14-15 percent tax. With sports betting, he said, the goal would be massage the $2,000 fee per device into a set fee that would cover each sports betting location, rather than each window.

South Dakota likely would not have any issue negotiating with local tribes. Though most tribes have individual compacts with the state, none pay a fee to the state and the general agreement is that whatever Deadwood gaming venues are allowed to do, tribal venues can, too.