Among the key benefits are speed to market

by Lloyd Danzig
in Industry 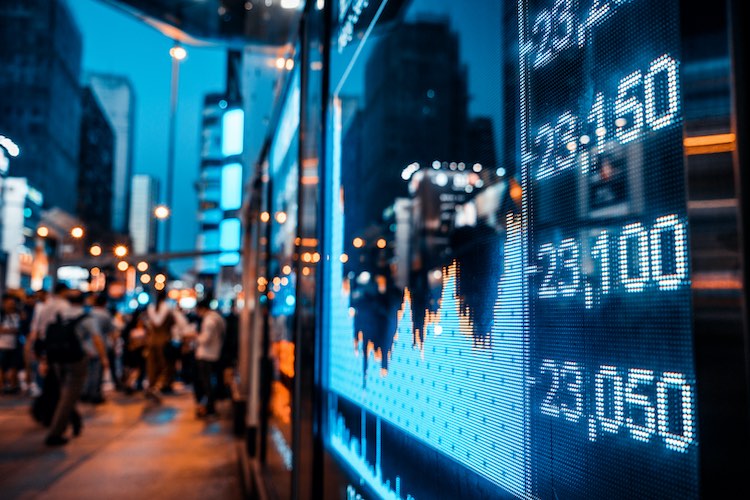 With 2020 already shattering the record for SPAC IPOs in one year (103 at the time of writing), the investment vehicle has gained widespread interest. While SPACs are not new, their explosive growth can be seen as part of a larger trend toward supplying alternative mechanisms that facilitate capital flow. Companies are staying private for longer, pursuing direct listings, effectuating reverse mergers, and, of course, going public via SPAC.

The SPAC structure offers significant potential upside but has also been criticized for the disproportionate value accrued by sponsors at the expense of investors. The current state of the sports media and digital entertainment industries continues to be a hotbed for SPAC activity, with a litany of intriguing sponsors and potential deals fueling the rumor mill.

DraftKings ($DKNG), Virgin Galactic ($SPCE), and Nikola ($NKLA) all went public via SPAC during 2020 to great acclaim, prompting an acceleration of interest. Investors and sports business magnates whose names carry gravitas have been particularly keen to participate in these deals and monetize some of their own personal brand equity.

Billy Beane, of Moneyball fame, recently teamed up with RedBird Capital Partners (who just bought the XFL with Dwayne “The Rock” Johnson) to form a SPAC focused on the sports and media space. Billionaire restaurateur and Houston Rockets owner Tilman Fertitta spun off the digital portion of Golden Nugget’s casino business into a SPAC ($LCA -> $GNOG).

One of the most notable recent participants is hedge fund manager and activist investor Bill Ackman, whose SPAC, Pershing Square Tontine Holdings ($PSTHU), represents a departure from the status quo. A quick analysis provides a glimpse into the true nature of the conflicts SPACs give rise to as well as the potential modifications that could pave the way for a stepwise increase in issuance.

A Special Purpose Acquisition Company is one that raises capital by way of public offering (IPO) with the sole purpose of deploying proceeds to acquire one or more unspecified businesses. The sponsor is the company that coordinates the listing, executes the capital raise, arranges for the funds to be placed in a trust, and then selects a business or businesses to be acquired.

Before an acquisition or business combination is completed, investors in the SPAC will vote on whether to approve the transaction or redeem the shares for cash. There is also a specified period, typically 24 months, after which a failure to successfully acquire a target company will result in the SPAC shares being redeemable for cash.

SPACs have a general form that they typically, but don’t always follow:

To illustrate the magnitude of the value created for holders of Founders Shares, in a recent SPAC sponsored by Goldman Sachs, they:

The upside and downside

SPACs offer a number of important advantages to all parties involved, as well as potential disadvantages. Proponents of the approach cite, among key benefits, the speed to market, downside protection afforded to investors, ability of new companies to access public markets, and opportunity for business owners to simultaneously cash out while continuing to participate in future upside. Critics point to what they see as a tilted incentive structure as well as a lack of transparency that, when coupled with irrational exuberance, could lead to valuation bubbles.

The most notable aspect of Bill Ackman’s SPAC is the removal of the Founders Shares allocation that has long been the subject of much criticism. The treatment of warrants is also of particular importance, so much so that it is the genesis of the name “Tontine Holdings.”

Investors in traditional SPACs may redeem their shares prior to the closing of the acquisition but still retain the warrants. If a Pershing Square Tontine Holdings shareholder chooses to redeem early, their warrants are distributed pro rata to the shareholders who remain invested in the SPAC. A “tontine” is an investment vehicle dating back to the 17th century wherein each investor contributes a specified amount into the fund and then receives periodic payouts intended to increase over time as the monies due to deceased members are spread pro rata to the still-living investors.

Why Sports & Gaming are good for SPACs

Digitally oriented, socially relevant industries in steep growth phases are ripe for acceleration by way of SPACs. Sports possess powerful social relevance at a time when retail order flow is being heavily driven by recognizable brands. At the same time, athlete venture is on the rise (see: Spencer Dinwiddie, PJ Washington) while anecdotal reports abound of U.S. celebrities seeking to purchase stakes in European soccer teams.

The explosion of sports betting alongside the interrelated rise in sports tech has opened the window for lucrative opportunities to deploy capital at a time when annualized equity returns are expected in the mid-single digits (~6%).

The sports market is also unique in that it contains immense assets which have historically been devoid of secondary market liquidity. Funds like Arctos Sports Partners and Dyal Capital Partners (subsidiary of Nueberger Berman) provide investors with access to minority ownership stakes in professional sports franchises while also offering ownership team members to liquidate otherwise-unredeemable shares.

With sports back on TV and investment rushing into the ecosystem, SPACs will continue to be attractive options for raising capital over the short term. In the United States, gaming companies will utilize them to spin off digital assets. Overseas operators will consider them as paths to better capitalizing North American revenue streams. Athlete- and owner-led groups will increasingly populate SPAC management teams.

However, the conflicts associated with traditional SPACs may sideline the momentum, especially in the case of sustained investor losses. New approaches and mechanisms for accessing capital markets will seek to improve incentive structures in order to drive deal flow and capital appreciation, with the sports and entertainment industry representing a primary beneficiary.

Lloyd is the Founder & CEO of Sharp Alpha Advisors, a sports gaming advisory firm with a focus on companies deploying cutting edge tech. He is also the Chairman & Founder of the International Consortium for the Ethical Development of Artificial Intelligence, a 501(c)(3) non-profit NGO dedicated to ensuring that rapid developments in the field of AI are made with a keen eye toward the long-term interests of humanity. Lloyd serves as the Co-Chairman of the CompTIA AI Advisory Council, a committee of preeminent thought leaders focused on establishing industry best practices that benefit businesses while protecting consumers. He previously managed institutional portfolios for BlackRock, data science initiatives for Samsung, and Machine Learning engines for sportsbook operators. He also functions as a mentor for Techstars and the leAD Sports Accelerator.