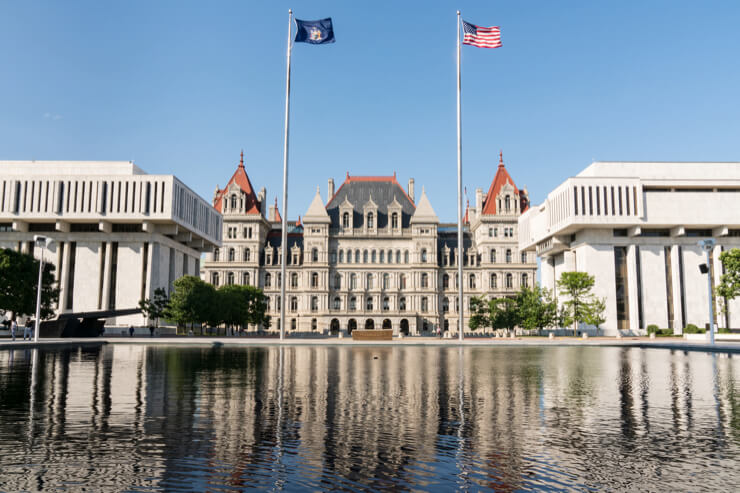 The New York State Gaming Commission awarded a bid to Spectrum Gaming Group Thursday to conduct a comprehensive study focused on the potential implementation of mobile sports betting by the state’s private casinos.

Pending contract approval by the Office of the State Comptroller, the project start date will be Dec. 1, a Commission spokesman told Sports Handle. The selection of Spectrum Gaming to conduct the Gaming Market Study caps an exhaustive process marred by multiple delays over the last several weeks.

The announcement came on the same day that neighboring New Jersey reported record sports betting figures for the month of October. The New Jersey Division of Gaming Enforcement reported handle of $487.9 mm in October, eclipsing a previous record of $445.6 mm a month earlier.

Spectrum Gaming Group is a non-partisan consulting group that focuses on the economics, regulation, and policy of legalized gambling worldwide. Spectrum Gaming has represented a wide range of clients in the private sector including Major League Baseball, Penn National Gaming, and Rush Street Gaming, according to its website. Spectrum Gaming also has had public sector ties with the Delaware State Lottery, the Massachusetts Gaming Commission, and the Pennsylvania Department of Revenue, among others.

Spectrum Gaming’s connection with MLB could have widespread implications for the future of mobile sports betting in the Empire State. The imposition of a so-called “integrity fee” on sportsbook operators for the use of a professional sports league’s official data could produce higher revenues for participating states and books, according to a study from the firm. The study found that sportsbooks may generate additional revenue due to higher cooperation from the leagues, Bloomberg reported.

.@SpectrumGamingG is the same group that determined that, in a study commissioned by @MLB, paying pro leagues an "integrity fee" could generate MORE revenue for licensed sportsbooks and the state. https://t.co/DqWWj9RGN7 https://t.co/SHgs7WLMKP pic.twitter.com/OYuw4P2HV4

In total, there were three proposals from bidders to conduct the study. The draft report, according to the Commission, is scheduled to be submitted on April 1, the same day New York state’s budget for Fiscal Year 2021 is due. The final report due on June 1.

“I think the study will be a useful tool for next year,” Addabbo said.