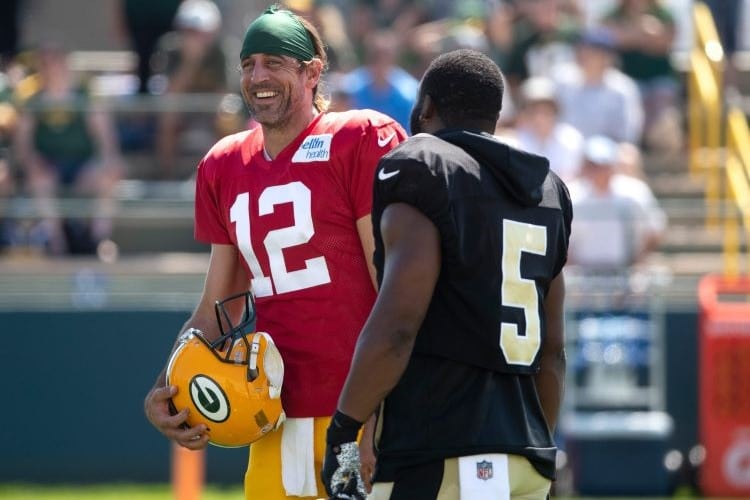 Sportradar and rival Genius Sports have endured a demoralizing year on equity markets, with the stock price for each down more than 50% from their respective 12-month highs. But after delivering strong results in the most recent quarter, the world’s two largest sports betting data providers received indications this week that the carnage may finally be over.

On Tuesday, Genius Sports posted second-quarter revenue of $71.1 million, a year-over-year increase of 23%, topping analysts’ forecasts of $68 million. One day later, shares of Sportradar jumped more than 20% after the Swiss-based provider upgraded its 2022 full-year revenue guidance and maintained its full-year outlook for adjusted EBITDA.

Both companies are cautiously optimistic that U.S. in-game betting — i.e., wagering that occurs after a sporting event has started — will accelerate before next May’s fifth anniversary of the Supreme Court’s historic PASPA decision. Though in-game wagering represents upward of 75% of the handle in mature markets around the world, the rate still hovers around 30% in the U.S. The data providers derive a higher takeout from in-game wagers than pre-match ones based on their revenue-sharing agreements with sportsbook operators.

“It’s only a question [of] how long will it take that the U.S. has adapted to the worldwide level of live-betting bridges in the range of 70 percent to 80 percent,” Sportradar CEO Carsten Koerl said on Wednesday’s earnings call.

$SRAD enters an Uptrend because Momentum Indicator exceeded the 0 level on July 19, 2022. View odds for this and other indicators: https://t.co/ThXcA08b1Z #SportradarGroupAG #stockmarket #stock pic.twitter.com/ZGP4CaY46l

Both stocks have been battered by inflation and profitability concerns throughout the year. Sportradar, which went public last September with an $8 billion valuation, fell to a 52-week low last month of around $7 a share. Following Wednesday’s surge, Sportradar, which made its public debut on the NASDAQ stock market at $27, traded as high as $14.56 — its highest level in five months. Genius, which opened the month of August at $2.55 a share, nearly hit $5 on Wednesday.

Ramping up for NFL season

Sportsbooks are continually searching for ways to develop creative offerings in order to differentiate themselves from the competition.

During the second quarter, at the heart of the Major League Baseball season, DraftKings rolled out new micro-betting (betting on individual events within a game, rather than the game itself) options on MLB pitch speeds and pitch counts. Meanwhile, BetMGM noted in its May Investor Day presentation that in-game handle soared 160% on a year-over-year basis, and the sportsbook is launching new in-game player props as the NFL season approaches.

Earlier this month, celebrity boxer Jake Paul made waves when he co-founded Betr, a new sportsbook and social media company that will tailor its app to micro-betting. Betr has reportedly raised at least $50 million in funding, including investments from NFL players such as Richard Sherman and Ezekiel Elliott.

Data providers like Genius are the clear beneficiaries of the shift toward in-game wagering. Genius’ revenue-sharing agreements are structured in a manner that brings the company an average takeout rate of 1.5% to 2% on pre-match gaming revenue, the company said Tuesday. By comparison, Genius’ rate for in-game revenue earns an average take of 5% to 6%, providing the company with three times higher revenues without having to change its cost structure, CEO Mark Locke explained.

Solid peak into the future of sports betting as this trend will only continue as more LIVE in-game props become available 🚀💰 https://t.co/QOFWr345yr

At Genius’ Investor Day presentation in January, the company predicted that in-play would comprise 13% of its total NFL gaming revenue for 2022, and Locke reiterated that projection on Tuesday.

“While our hope is that in-play trends improve in our second NFL season, this assumes no change from our last season,” he said on the earnings call. “If these trends happened to exceed our assumptions, it should theoretically present upside potential to our revenue and EBITDA guidance, all else being equal.”

On a longer-term basis, Genius estimates a modest increase in 2023 to 15%. By 2024, the company predicts a more dramatic NFL in-game increase to 20% for all wagering revenue.

Craig-Hallum analyst Ryan Sigdahl maintained a buy rating and a $10 price target on Genius. The company’s value-add to the industry is growing, Sigdahl wrote in a research note, citing key inputs such as real-time betting data, ad tech, and personalized fan engagement. 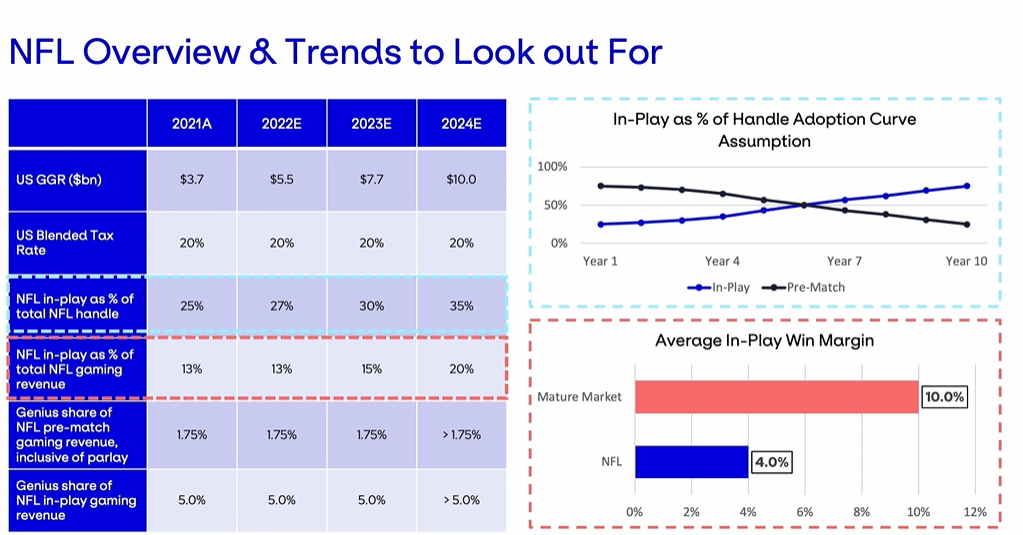 A common discussion point during second-quarter earnings calls was the pullback among leading sportsbooks in promotional offerings. The generous inducements in the form of free wagers and boosted odds serves as a critical customer acquisition tool. Leading sportsbooks, however, have reined in marketing spending in recent months, as concerns about long-term profitability have intensified.

The sharp cutbacks in the early third quarter are not much of a surprise, given that three of the top four U.S. pro sports leagues are off during the summer. Though bettors can wager on Major League Baseball on a daily basis, the books took a hit when FIFA moved the 2022 World Cup to November. Analysts will receive a better gauge of promotional activity in November, which is typically a strong month for sportsbooks. Given the pullback in recent months, promotional levels for the upcoming NFL season will be telling, according to Credit Suisse.

Leading books, however, have become more nimble in tailoring promotions to certain bettors. During Flutter’s quarterly call on Aug. 12, CEO Peter Jackson touted the company’s personalization efforts through its cross-promotional platform, a network known internally as CPP. Across the industry, the technology enables sportsbooks to offer promos based on a customer’s wagering habits. For instance, a bettor who wagers often on the New York Mets might receive a boosted bet on whether Starling Marte will hit two home runs in a given contest.

“We continue to add more markets, bring more in-house, and we’re focusing on how we market it in the app better,” DraftKings CEO Jason Robins said earlier this month.

Koerl remains pleased with Sportradar’s productivity in the U.S., where the company maintains a 70% market share on in-game betting, he noted. Despite the revenue gains last quarter, Sportradar reported adjusted EBITDA of $28.9 million, down 13% from the previous year’s quarter. The declines, according to Koerl, were primarily due to the impact of the Russia-Ukraine military conflict, technology, and product investments, along with some impact from new sports rights agreements.

In March, Sportradar suspended new investments in Russia, including the signing of new sportsbook customers, amid the nation’s invasion into Ukraine. At the time, Sportradar did not indicate if it severed operations with existing Russian sportsbook clients.

Sportradar did not disclose on Wednesday’s call the exact number of Russian sportsbooks that remain as active clients.

Though @Sportradar vowed not to sign new Russian sportsbook clients, the company didn't indicate if it will sever ties with current clients. @MattRybaltowski reviews after $SRAD earnings call on Wednesday. https://t.co/48ePSblOxj

Although Sportradar increased its full-year revenue guidance by 24% to 27%, the benefit on the EBITDA line is offset by further pressure from Ukraine exposure, Bank of America analyst Shaun Kelley wrote in a research note.

“While we still like Sportradar’s business model, we are slightly lowering our out-year 2023 and 2024 estimates on higher sports rights inflation and less gross margin leverage with the NBA contract coming on late next year,” Kelley wrote.

An excellent example of how to enhance user engagement: @Sportradar extends their virtual #sportsbetting powers by launching Virtual #NBA, a computer-generated #bettingsolution. It will use actual @NBA data to simulate a ‘real game’ basketball experience: https://t.co/uVZE1avHXH

Sportradar also announced Wednesday that CFO Alex Gersh is resigning from his post to take a position with a U.S. company. Sportradar named Ulrich Harmut as interim CFO.

In Thursday’s session, Sportradar gave back some of the gains from the previous day. As of 1:30 p.m. ET, Sportradar traded at $13.26 a share, down fractionally, while Genius traded at $4.55, down about 5%. 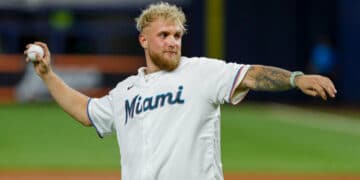 Is In-Game Sports Betting The Future, Or The Slipperiest Of Slopes?