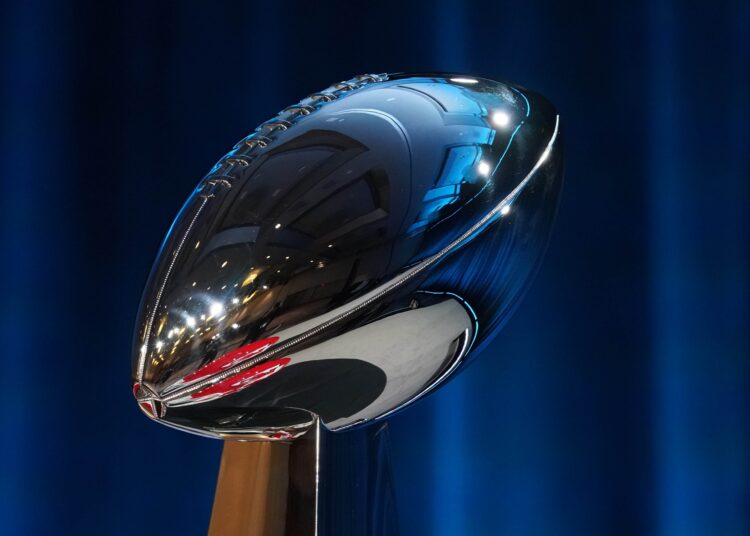 After an intense bidding war with rival Genius Sports for the exclusive rights to the NFL’s official sports betting data, Sportradar is framing its competitor’s win as an overall benefit to Sportradar. In a letter sent to its customers on April 6 and obtained by Sports Handle, Sportradar Chief Commercial Officer Eduard Blonk advised how the data and tech firm would manage life and operations after ceding exclusivity to the real-time official data for the U.S.’s richest sports league.

“As you would expect, this was a very competitive process, but the economics became irrational and would have required at least a five-fold increase in the fees charged to our customers for the same content and/or a level of loss-making on our part which simply did not make sense,” Blonk wrote.

Sportradar did not respond to Sports Handle’s request for comment.

Meanwhile, the U.K.-based Genius is thrilled to have won the exclusive rights to the global distribution of sports betting, play-by-play, and NFL “Next Gen” stats in a deal that’s four years, worth up to $1 billion, and gives the NFL an equity stake in Genius of roughly 5%, according to reports by CNBC and Sportico. The partnership grants Genius exclusivity on the distribution of the NFL’s official sports betting data feed to global sportsbooks, including those in the U.S. where sports betting is legal, the NFL said in a statement.

“Genius is proud and delighted to partner exclusively with the NFL to establish a new era of digital fan engagement for professional sports leagues everywhere,” Mark Locke, CEO of Genius Sports, said in a statement. “Our technology leads the world in the convergence of official data, betting, streaming, and digital media and we are excited to bring our unique capabilities to the world’s preeminent sports league.”

Yet according to the spin in Blonk’s letter as well as sources familiar with the company’s thinking around the NFL rights, Sportradar believes the result of the bidding is possibly addition by subtraction.

The Switzerland-based Sportradar has had a foothold in all the major U.S. pro sports leagues. It first established a relationship with the NFL in 2015 and expanded it in 2019. Once the Supreme Court struck down the federal ban on sports wagering outside Nevada in May 2018, the league began making incremental steps toward a full sports betting embrace after decades of staunch opposition during which it cited dire integrity risks to its game. The total 180 on this position arrived last week when the NFL announced its first “tri-exclusive” sports betting partners — Caesars, DraftKings, and FanDuel.

For the 2019 NFL season, the league first established its official data feed, or more precisely “flipped the switch” on its preexisting live-game data feeds and called it official, permitting Sportradar to exclusively supply sportsbooks with real-time betting markets. Nearly every sportsbook in the U.S. paid for the access. Now those three companies, and undoubtedly more sportsbook operators in the U.S. operating across numerous jurisdictions, may access the league’s official data feed — via Genius Sports only.

The NFL has built-in speed advantages through its in-stadium generated data feed, cutting-edge technology required for a league that recently completed a historic $110 billion media deal in March. In top U.S. professional sports, there is typically a delay of at least five seconds from the live action inside the venue and the transmission to broadcast providers — in some cases much longer. The NFL, which dominates television eyeballs and accounts for the highest proportion of betting action at sportsbooks nationwide, has the ability to transmit the data at a significantly lower latency (or lag time) than alternative feeds, a must for in-game betting.

In August 2019, Sportradar gained exclusive rights to distribute the NFL’s official betting data to U.S. sportsbooks under an extended partnership with the league.  At the time, Nevada sportsbooks with existing partnerships with the data provider received the NFL season-long feed for a flat fee of $5,000. The rates for books outside of Nevada appeared to differ somewhat, with operators paying Sportradar an additional 1.5% to 2% of in-play gross gaming revenue (GGR) on NFL wagers, sources told Sports Handle during the start of the 2019 season. It is unclear if Sportradar increased rates markedly for the 2020-21 NFL season.

During the most recent negotiations, Sportradar determined the NFL was asking too much, or an amount only Genius was willing to pay. This does not mean that Sportradar is getting out of the game entirely.

“We can confirm that we will be providing full coverage of all NFL games for the 2021-22 season using the best available open sources and we are already looking at providing product enhancements as we are freed from the constraints of the official relationship,” Blonk writes.

Those available open sources must consist of the same information available to the general public, which is live television and radio broadcasts. It’s possible Sportradar focuses on in-game wagering markets for stoppages in play, such as timeouts or changes of possession, for example. Chief among the difficulties with in-play betting is the issue of latency between the field of play, the data scout, the sportsbook, the bettor, and in some cases a sportsbook agent approval (or rejection). It remains a serious hurdle to consistently and effectively conquer. A new, smaller data firm, Deck Prism Sports, has centered its strategy around producing the best and most accurate betting markets during stoppages.

Blonk’s remark about being “freed from the constraints” of an official relationship points to the NFL’s notoriously tight ship and control over all its video and data on all platforms, such as on YouTube and Twitter. We can only speculate how the NFL may have steered Sportradar’s product decisions. At least one of the constraints, and perhaps the most vital, is the financial burden that Genius is now assuming.

Genius Sports did not respond to Sports Handle’s request for comment in time for Thursday’s deadline.

This transfer of power over the NFL’s data comes at a dynamic time when Genius and Sportradar enter or approach public markets. Genius officially went public on Wednesday after its $1.5 billion October merger with tech firm dMY Technology Group II (DMYD) was completed. It is now listed on the New York Stock Exchange as “GENI.”  The stock jumped from $16.21 to $19.86 on its first day under the new symbol.

After months of whispers about connections to multiple SPAC vehicles, Sportradar is rumored to be in the process of taking itself public via the Todd Boehly-led Horizon Acquisition Corp. II (HZON), of which DraftKings CEO Jason Robins is co-founder.

The new guard of the NFL’s valuable data will not escape regulatory scrutiny.

Officials and lobbyists for the pro sports leagues, led by the National Basketball Association and Major League Baseball with support from the NFL, have implored state and federal lawmakers to require any licensed sportsbook to use its official data — at least for in-game betting markets (aka “Tier 2” wagers, as the leagues branded it more palatably than the “integrity fee”).

The chief concern with such a mandate is that courts have ruled that sporting event data is public domain information and thus possibly not protectable, and also that leagues might consolidate a data monopoly in violation of antitrust laws.

In multiple statehouses, lawmakers have opted to include such data mandates in their laws concerning sportsbook operations — but with some guardrails and certain expectations for league governing bodies. Primarily that the official league data must remain available to sportsbooks at “commercially reasonable” terms.

Here is some of the relevant language in the Michigan sports betting regulations for the calculation of “whether official league data is or will be provided by a sports governing body on commercially reasonable terms.”

That’s the first factor among other criteria that also includes:

It’s impossible to guess how this will play out, as we do not know how or how high Genius will price out its new prize, but it seems possible that by making Genius the exclusive source of the NFL’s real-time data, the NFL may be undermining its own ability to mandate that sportsbooks obtain the data in certain jurisdictions. Some versions of commercially reasonable stipulations appear in the sports betting laws or regulations in Illinois, Tennessee, and Virginia.

Of course, the major players and market-share leaders across these various legal jurisdictions, including the NFL’s own official partners in DraftKings and FanDuel, already have obtained the data (for a price) for use across the U.S. But some smaller operators might opt only for a feed provided by Sportradar or another competitor, based on how Genius ends up building in the high cost of its new exclusive data.  It remains to be seen what kind of product Sportradar can offer on the outer valences of live action for the king of U.S. sports.

It is no surprise that the NFL managed to play the fierce competitors off each other, and through the deal, the NFL now owns a small piece of equity in both companies. The term of the Genius pact is for only four years with an NFL option for extension. If the league determines during this four-year period of observation and bet taking that it would be more lucrative to bring operations in house, perhaps there will be no bidding at all come 2025.

Listen to “2. ‘Get a Grip’: The NFL got Sportbooks, Arizona adds betting & lightning round w/ Dave” on Spreaker.