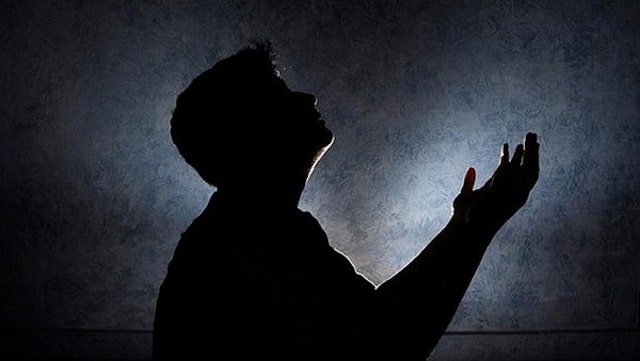 For the first installment of an ongoing series on addiction, “John Doe” agreed to speak anonymously to Sports Handle because he feels his story may help others to beat, or prevent, gambling addiction.

He’s a 40-year-old business executive who began gambling young, went out of control in college, and “ended up bust” in his thirties. His battle against addiction is ongoing but he’s at a place in his life now where he’s got too much to lose and has confronted the issue head-on.

We’ll call him “John Doe” or “JD” for short. He lives in the Southeastern United States and unfortunately, his experience is not uncommon. Many Americans enjoy gambling within their means, responsibly, as a form of entertainment. But there are many who, like JD, reach the point of compulsivity, and things get out of control with real-life consequences.

While we’re sports betting enthusiasts at Sports Handle, we recognize that addiction can creep into the picture, and hope by sharing this account some people will have their eyes opened and perhaps see signs of trouble in their lives or that of friend and family, before they lose everything. 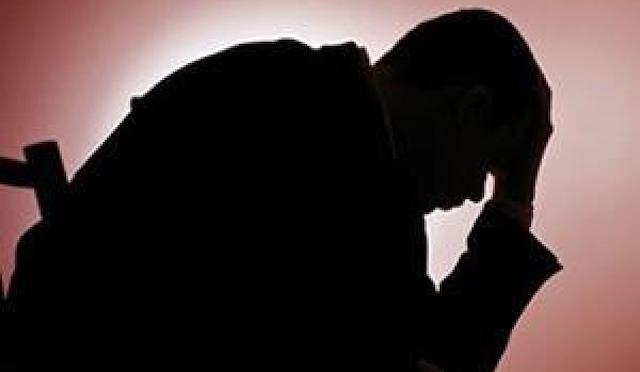 Sports Handle (SH): At what age did you begin betting?

JD: I’ve been gambling since I was little, starting with all kinds of things, whether I was flipping baseball cards or whatever. I guess college probably I got into sports betting. Met some people, and started just picking college games. It was a while ago. But it was definitely in college I met some guy who knew a bookie, and then made a phone call, and that started it.

SH:  Who was this bookie?

JD: There was some guy who I went to college with, who obviously worked for a bookie who would take the bets. So it was basically another college student, and he worked for some other guy.

SH: How did the wagering progress in terms of frequency and quantity?

JD: I’m not sure, it just always got the point where it just kept growing. Started at a low number, a game or two, and then it was just games across the board, and then higher number until I got hurt.

JD: It was usually just straight-up games. This was 20 years ago, so it was probably straight-up games or reverses. And then there were teasers, if you wanted to get points or whatever, bet two games, you had to win both of them.

SH: What was your approach to the bet making? Were you doing a lot of research, taking a mathematical approach?

JD: It was just from knowledge back then. That’s when the internet just started. So it was just my knowledge. They didn’t have all the stats that they have now online, but probably just basically knowledge until the point where I was down, then there would be no rhyme or reason. Then I would just throw it all out the window, and just bet to bet. 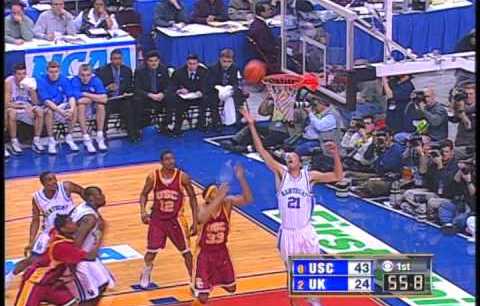 SH:  Did you accrue any gambling debts?

JD:  At some point I got to a point where I had debt, where I didn’t have enough to pay, and I basically got bailed out by the family. And then I stopped for a little bit, and then continued probably shortly after that again.

SH: Was this a parent or sibling? And what was that conversation like?

JD:  Parent. It was my father. It was basically just… I don’t know, I had a father who was a businessman and a gambler who just was successful. I basically told him what was going on, and I don’t know, I probably panicked. And after he said he wouldn’t do anything for it, ultimately he did and bailed me out.

SH:  What was the approximate amount?

JD:  Back then, probably like four grand or something.

SH:  At this time, was the gambling having any impact on your studies or any of your personal relationships?

JD: College was a lot of partying, and I never missed class or anything. I always went to class. I was smart enough where I could get by. I went to a pretty good school, and it was challenging. Everything had an impact on my studies, it would be going out partying or gambling. It was just so fun to be out of control. I felt like a big shot. It was definitely college when I thought it was a bigger deal than any other time, even though I was gambling when I was super young.

SH: You said you stopped a bit after your father helped you out, then continued shortly after that. What prompted you to start again, and did you believe it was a problem at that point?

JD: What prompted me was probably the people I was around and I was still doing fantasy sports. You know, time heals wounds to an addicted gambler. Once your time is up, and you’ve been bailed out, you’re not even sick and you just start betting again.  I definitely knew I had a problem but it didn’t seem to phase me because I was never in a position where I was hurting anybody or yelling or anything. I was also just at the cusp of being broke, plus I was bankrolled for college … my father was paying for my college. He’s a businessman and a gambler and he added fuel to the fire.

SH:  What were his gambling interests in terms of frequency and, you know, was he winning a bit, losing mostly?

JD: When I was a kid, he had friends that owned horses, he did some of that with my grandfather, also into horses. We would fly to the Bahamas and go to Paradise Island and they had casinos there. But he was always involved in some kind of gambling, so it was mostly casinos. And unfortunately his demise was gambling on real estate. He lost all his money.

SH: At this point post college, were you betting with an offshore or a local bookie?

JD:  That was with a local guy who I would call. No, it was someone [redacted]. I’d just call and FedEx money every week.

SH: When did you seek any sort of professional help, counseling, a support group online or, otherwise?

JD:  Well, I always went to a therapist, whether it be some kind of mental-health therapy or another. And I told these therapists that I was a gambler, but I never went to a specific addiction, gambling therapist. But I never went to any actual help for gambling until 2009,  when I went to my first GA [Gamblers Anonymous] meeting. 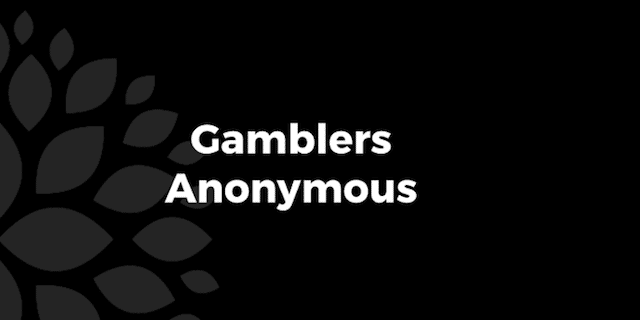 JD:  I just really lost a lot of money in sports betting. That’s around when the real estate market hit the fan. I short-saled both my condos, I moved in with my mom. I was sitting in my apartment before I moved in, betting on sports and ended up bust and started going to GA meetings.

JD: Well, the first meeting I went to, I just went and didn’t get much out of it. I wasn’t in the mindset where I was ready to quit gambling. So I went to the meeting, and I drove 30 minutes away because I didn’t want to be anywhere near where I lived. I went and that was it. And then about eight months later, I went to another meeting. That day, that’s when I met [a mentor]. And I’ve been going to meetings ever since pretty much.

SH: Do you recall an ‘Aha!’ or ‘Come to Jesus’-type moment when you realized that you were ready, wanting, and willing to totally cease?

JD: October 30, 2011. I had a Cowboys-Eagles game on, I won like three bets in the game but I was still down a fortune. It was a Sunday night game and I was just bust. I had no cash, I had no anything. So I started going to meetings after that and at that time I gave up casino gambling, sports betting, and my ‘Aha moment’ was like, ‘What am I doing?’ Or maybe I didn’t really have that moment because I didn’t give up fantasy sports. 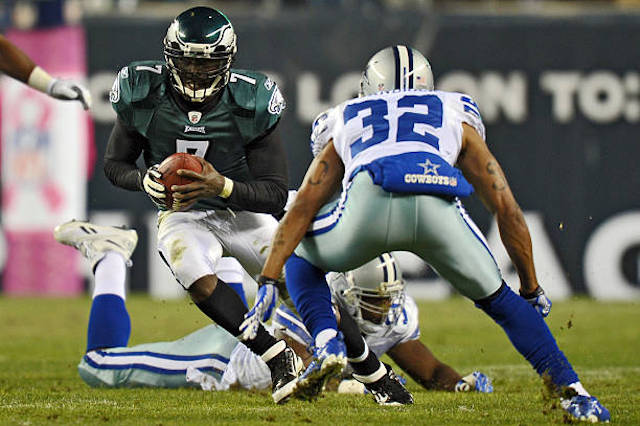 And then I built my business up, and a few years later, I played in like $30 buy-in poker game. And that’s how it just starts again. I saved a bunch of money, put it in my retirement, then I started fuckin’ around with my IRA money, but I kept going to meetings. The ‘aha moment’ didn’t come until a month ago when I basically gave up my five fantasy baseball leagues and my two fantasy basketball leagues, the season ended.

SH: Do you still wager at all? Or have you totally ceased?

JD: I totally ceased sports betting, casino betting, basically I ceased everything short of fantasy sports.  I was like, ‘Yeah, I could do fantasy. Fantasy’s fine.’ But this is the first year where I actually gave up fantasy too. Gave up my five baseball leagues, and I didn’t do football. And the fantasy basketball season ended April 11, so I’m counting that as my clean date.

SH:  You’ve partially answered this question, but is there anything you’re doing or a change you’ve made to avoid a relapse?

JD: Going to meetings, making phone calls to people who get me, and just taking it one day at a time. But trying to avoid … they say don’t tempt yourself with gambling. So I still see little stuff, the stock market, and cryptocurrency, and check out stats, and that stuff’s right in your face, billboards are in your face, casinos are in your face. So I try to stay away from that stuff because I’ve got too much to lose now. I’ve got a business, a house, I’m getting married. I can’t piss that away anymore.