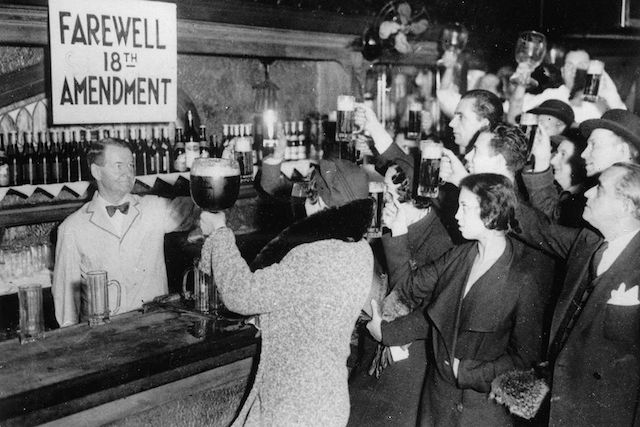 The Professional and Amateur Sports Protection Act (PASPA) is just the latest version of prohibition politics to fail in America. Just after the turn of the 20th century, the U.S. government instituted prohibition of alcohol, and most Americans did not react well to the dry spell.

The Conditions for Prohibition

The so-called “Noble Experiment” of alcohol prohibition was precipitated by a blend of necessity and moral outrage. The war effort necessitated the need to preserve grains, and also gave momentum to the Anti-Saloon League and religious organizations that decried the consumption of intoxicating elixirs as going against “God’s will.” Shortly after the prohibition on alcohol came into effect in 1920, the country would see the acquittal of eight members of the Chicago White Sox, accused of throwing the 1919 World Series at the behest of organized crime figure Arnold Rothstein. A jury in Cook County, Illinois made their determination in under three hours of deliberation.

The principles of justice and due process, however, were no match for the dictatorial powers of Major League Baseball commissioner Judge Kenesaw Mountain Landis, whose role was created in 1920 in response to the scandal. In spite of their acquittal, Landis banned the eight players for life. The Black Sox scandal, forever enshrined in the national consciousness as the reason that sports and gambling do not mix served as Exhibit A for America’s other great prohibition, which came to an end on May 14, 2018.

The rise of the formal (partial) prohibition on sports gambling emerged from a somewhat innocuous start in Congress. The 1992 Professional and Amateur Sports Protection Act originated as a bill to amend the primary federal trademark statute to “protect the service marks of professional sports organizations from misappropriation by state lotteries.”

In other words, Congress was interested in stopping gambling enterprises from utilizing sports team logos, names, and “the outcome[s] of professional sports games as the basis for gambling lotteries.” Senator Dennis DeConcini of Arizona estimated that in 1990 sports betting was a $100 billion business. Like the prohibition of alcohol 70 years earlier, moral factors played an important role in the rhetoric supporting a ban on sports betting.

John Bryant, a Representative from Texas, argued that “wherever gambling becomes a principal concern, sports have a tendency to become corrupt.” Indeed, illegal sports betting had recently received some very high-profile attention. In the previous year Pete Rose, baseball’s (still) reigning hits leader accepted a lifetime ban for betting on the game of baseball. Rose, coupled with point-shaving incidents at Boston College in 1978 and ‘79, and North Carolina State in 1988 served as congressional evidence that sports betting remained the same moral hazard as it did in 1919.

The prohibition of alcohol sales was widely cited to be worth $6 billion a year to the country. The figure originated from Yale economist Irving Fisher, however, often cited as fact, the $6 billion figure was in fact more of an educated guess according to prohibition researcher Mark Thornton. The idea behind Fisher’s estimation, and others who sought to justify the ban on alcohol sales, was that eliminating intoxicants would reduce absenteeism and sickness, which was then associated with a lack of productivity in the workforce.

[Also See: A History of Sports Betting in the United States: Gambling Laws and Outlaws]

The problem that would manifest was that 10 years into prohibition, roughly half of those companies surveyed by economist Herbert Feldman noted no decline in absenteeism. While Feldman acknowledged that his survey had significant limitations, he did offer one anecdote whereby a manager revealed that criminalizing the sale of alcohol made obtaining safe and predictable alcohol a challenge for many in the working class. This frequently resulted in increased days off needed to recover from what was effectively alcohol poisoning, versus the time associated with hangover recovery under the legal liquor regime.

The legislation that became PASPA was supported by different, but equally hyperbolic assertions. For instance, during testimony before a Senate subcommittee, the Director of the Oregon State Lottery was hounded by questions from then Arizona Senator Dennis DeConcini, implying that the lottery would turn to offering betting on high school contests after interest began to dwindle on their other professional and collegiate offerings. In House hearings on a later version of what would become PASPA, testimony began to emerge that sports gambling was pervasive amongst high school students and increasing rapidly.

Even the bill’s namesake, Bill Bradley, submitted a heart-wrenching and braggadocious story about the mixture of sports and gambling noting: “In 1961, I was a high school senior trying to decide among 75 scholarship offers, which one to accept. In the middle of that process, a scandal: point shaving, several players arrested. I was reminded again– was it my game, the game I spent years and years developing skills, or was it the gambler’s game, when a life was thrown away in a matter of minutes?”

The anecdotes supporting PASPA’s passage, however, lacked a reasonable connection to the legislation that was being proposed. PASPA did nothing to stop illegal sports betting, instead it handed—with limited exceptions—a monopoly to illegal sports betting operations. The idea of halting the expansion of state-sponsored gambling while effectively doing nothing about an illegal market that is exponentially larger is the type of Washington incompetence that comedies are made about. Both the prohibition of legal sports gambling and alcohol were policy failures that created near monopolies for criminal enterprises, while forcing law-abiding citizens to engage with criminal elements for activities that are routinely consumed safely, and often without negative consequence.

The Costs of Prohibition

Prohibition of alcohol had both human and economic costs on society. The human cost was measured in the lack of regulatory oversight or industry standards to ensure the safe production and mixture of alcohol. In fact, the federal government even endorsed the mixing of non-consumables into alcohol. This would eventually result in the poisoning of thousands who consumed the tainted beverages. Economically, alcohol prohibition cost the government an estimated $11 billion in tax revenue, while costing an additional $300 million in enforcement. 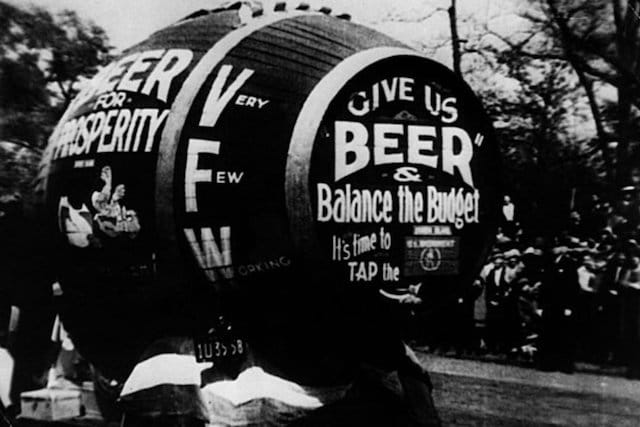 The human toll associated with sports gambling is measured in the absence of consumer protections that do not exist in the black market. Regulated markets can protect not only customers’ economic investments, but also protect bettors from themselves through safe-betting protocols. The lost tax revenue from sports betting having been frozen is difficult to measure given that it is unclear how many states would have legalized the activity, but what we have seen is that the handle of illegal sports wagering has likely grown from the $100 billion estimate in 1990. The American Gaming Association has pegged the number now at $150 billion annually. It may be higher still. The ends of both prohibitions were accompanied by a demand from the people, and states, though one met a legislative end and the other a judicial end.

On Dec. 5, 1933 at 5:32 p.m. EST, Utah became the 36th state to ratify the 21st Amendment ending the nationwide prohibition of alcohol. The 18th Amendment did not bring the prosperity that was promised, in fact it was, by most measurables, an abject failure. President Franklin Delano Roosevelt was reported to have remarked in celebration of the repeal, “what America needs now is a drink.”

America’s sports gambling prohibition, like the prohibitions before it, was a failure. While states were prohibited from legalizing, regulating, and promoting sports gambling, consumers were also left unprotected. The prohibition was beneficial for offshore sportsbooks, illegal bookies in 49 states, and Nevada, as those entities had a monopoly carved out by the very lawmakers who so vigorously fought against the prospect of states maintaining the sovereignty to regulate their own populations.

Like the prohibition of alcohol, which created entrepreneurs out of the bootleggers and moonshiners — generating an estimated of $41 billion a year in today’s dollars — PASPA’s ban has also been accompanied a rise in the amount wagered illegally. Prohibition politics are popular because they appear black and white, however, like a carpenter with a hammer who always sees a nail, the legislative solution to potentially risky social behaviors is likely better served by evidence-based policy than hyperbolic anecdotes.