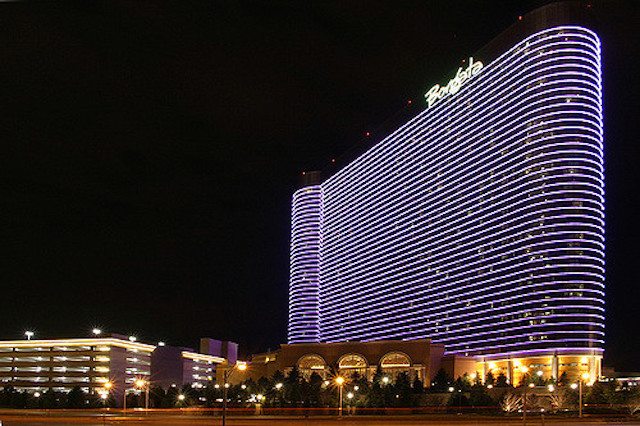 The MGM-owned Borgata in Atlantic City.

After a dismal 2016 in which Atlantic City “hit bottom” according to mayor Don Guardian, there’s hope for a bounce back in 2017 and beyond thanks in part to the possible addition of sports betting. Revenues from the regulated online casinos in the state have been a huge boon to the debt-ridden city, bringing in $21 million in May, and local officials (among others) believe sports betting would provide another needed jolt.

“Since Atlantic City already enjoys online Internet gaming, the introduction of sports betting will be an easy addition for us,” Mayor Don Guardian said, per the Press of Atlantic City. “We will be able to attract sports fans from all over the world, inviting them to spend a few nights in Atlantic City to watch amazing sporting events like the Super Bowl, the Kentucky Derby, and so much more. If sports betting is approved, Atlantic City will continue to be a leader in this industry.”

Of course that growth is contingent upon a positive result in New Jersey’s battle in the United States Supreme Court, where the state is arguing that the 1992 Professional and Amateur Sports Protection Act (PASPA) impermissibly commandeers the states and is therefore unconstitutional. If the high court agrees over the opposition of the NCAA and major sports leagues, Atlantic City will celebrate and quickly usher in sports betting, as Guardian indicates.

“[Atlantic City] has been talking about it for years, so there is going to be no debate if we should have it,” said American Gaming Association president Geoff Freeman. “The casinos are already scouting out where the sports books will be located.”

Many experts believe that New Jersey has a winning argument.

Meanwhile, New Jersey residents voted in November 2016 ballot referendum against the passage of laws that would have allowed two additional counties in the state to have one new casino. The vote was a landslide: over 77% of voters opposed the addition of new casinos in northern counties.

Atlantic City casinos will still have to compete with casinos in Pennsylvania, Maryland and other nearby states, which may also benefit from sports betting thanks to New Jersey’s efforts in the courts. But in any case, Atlantic City would be thrilled to add sports betting to its menu.