Opinion: The War Over Sports Betting Data: Lies, Half-Truths and Statistics: Part I

The NBA and MLB are using scare tactics and obfuscation to shape legal U.S. sports betting for their benefit, not the consumer's. The problems with their arguments and positions are numerous. 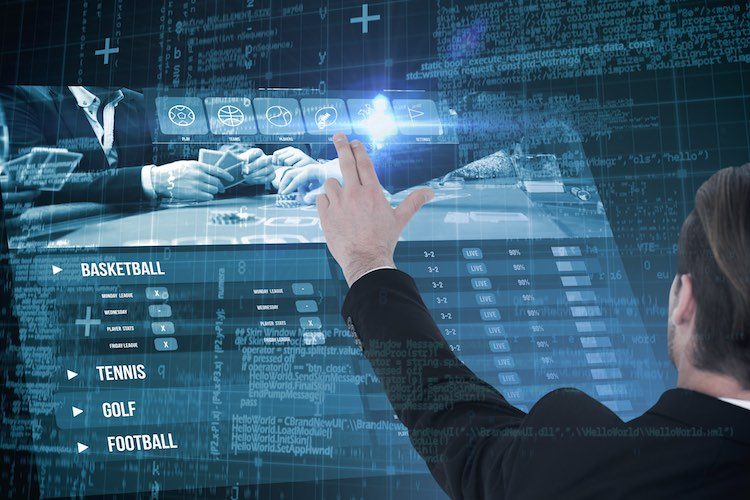 Over the past several months, Sports Handle has reported extensively about sports betting data and the battle over that data occurring across the U.S. between professional sports leagues, sportsbooks, state legislatures and other stakeholders. This piece is opinion.

It summarizes various inconsistencies, false alarms, disingenuous claims, and insults to intelligence perpetrated by certain pro sports leagues with respect to sports betting data. In particular, I am referring to Major League Baseball, the National Basketball Association and the PGA Tour (collectively, the “Leagues”), that  have lobbied aggressively in lockstep in favor of requiring state-licensed sportsbooks to use “official data” to grade in-game wagers (live betting).

Why bother write so many words about this subject?

Well, it feels necessary to call out mistruths and self-serving misdirections, in particular on behalf of the sports betting consumer. Because, since the United States Supreme Court struck down the league-endorsed federal ban on full-fledged sports wagering outside Nevada (PASPA), over a dozen states have legalized sports wagering, two of them so far imposing a so-called “data mandate,” which means that the Leagues will exert control over U.S. market entrants, winners and losers. Sports bettors in those states will have access not necessarily to innovative and consumer-friendly sportsbooks, but to operators inclined, or financially able, to play ball and agree to certain bogus conditions set forth by the Leagues.

It is a barrier to market entry that the Leagues are seeking to build for the benefit of themselves, of course, not the American sports bettor. Consider that the very leagues that helped proliferate a massive illegal sports betting market — by icing legal sports betting for a quarter century via PASPA — are now directly shaping the legal markets to the detriment of the consumer. That’s business, but it’s also nonsense.

And please keep this in mind: Many operators believe that using official league data is, or will be, the best way to go. It’s just that they’re opposed to being FORCED to use it (by government mandate), with costly strings attached.

The remainder of this piece will deconstruct the various misleading, self-serving, would-be-enriching arguments the Leagues have set forth in furtherance of their desire to become the “one true source” of public domain facts.

Let’s start at the beginning: the definition section.

A leading definition of data is “factual information (such as measurements or statistics) used as a basis for reasoning, discussion, or calculation.” Facts are facts and with respect to statistics from sporting events, they are in the public domain, courts have held.

No doubt the Leagues can help facilitate the fastest, or lowest-latency information feeds for what is occurring on the field of play. And that is valuable to a sportsbook. But on-field action is “game state” data, so to speak, and that’s not exactly what the Leagues are selling — and seek to monopolize — with so-called “official data.”

Rather, the packaging of so-called “official data” occurs when third parties such as Sportradar turn game-state information into a feed that reflects updated betting odds (the spread, moneyline, total, etc.).

For example, if Dak Prescott throws a pick-six, the line/odds will shift drastically in favor of the Cowboys’ opponent. The interception and score is one thing; adjusted odds reflective of the game’s down, distance and the score is another. This “official data” is thus a data product, or by-product. After all, data without analysis is useless.

This is an important distinction because the Leagues have elided this, and led lawmakers to the notion that only statistics provided by the leagues can be trustworthy or reliable. But this isn’t a conversation about raw data or verifiable facts, but rather the product that Sportradar and Genius Sports, among the companies paying the Leagues millions of dollars to be “official providers,” are producing. It’s data based on and outsourced to third-party algorithms and some subjective determinations involving human input. (More on humans, human error and the risk of manipulation later.)

The reason that lawmakers in two states (Illinois, Tennessee) have taken the bait and mandated the use of this “official data,” and more (such as Indiana) came quite close, is that “official” sounds, well … official. The Leagues are seizing on this knowledge gap. It’s a branding strategy. Overall, an effective one. At least it’s certainly worked better than “Integrity Fee.”

How do you sell the “official” myth? Dress it up in some nonsense.

Let’s go to the recent summary of the Leagues’ positions by the New York State Gaming Commission on June 5, 2019, based on remarks by Jeremy Kudon of the law firm Orrick, Herrington & Sutcliffe LLP, on behalf of the Leagues:

The commentator [Kudon] suggests that the proposed rules should require casinos to use official league data to settle in-game wagers to avoid manipulation and ensure consumer confidence, suggesting that unofficial data sources are susceptible to manipulation or falsification.

Ultimately the New York State Gaming Commission was not persuaded here to mandate the use of “official data” for its newly licensed and launched retail sportsbooks.

Today, in-game bets are the fastest-growing form of sports wagers. Imagine some operators marking a batted ball as a hit and others scoring it as an error, followed by a cascading series of bets reliant on that original subjective outcome. Two people placing the exact same bet with different bookmakers could receive different outcomes, simply based on which data the bookmaker is using to settle in-game wagers. The only way to ensure uniformity, fairness and accuracy of outcomes is to require – by statute – that all sports betting operators use the official and indisputable data and statistics provided by sports leagues like Major League Baseball for scoring any in-game or similarly complex [in-game wagers].

This may resonate in oral or written testimony, but given a teaspoon-sized amount of scrutiny, it falls apart.

In-game wagers are not some mythical, fleeting unicorns that get posted and then graded instantaneously. A sportsbook will grade in-game wagers once they can be graded, based on verifiable facts. For instance, if during the first quarter of a Colts-Texans game you bet the Colts to win the second quarter, and they outscore Houston 3-0 in that frame, that can be graded once it’s halftime or later. There is not a window of mere seconds to accurately score an in-game bet. It can be checked, corrected and later reversed if necessary.

If you’re betting on something more granular, like Baker Mayfield’s passing yards in the second half, it may take some time after the game concludes for that wager to get graded.

The underlying takeaway is: Sportsbooks indeed base their determinations on actual facts from reputable “unofficial” data providers. They may simply look at box scores that appear on MLB.com, NBA.com, ESPN.com or Sports Reference (which has its own arrangements with Sportradar, Gracenote, and Data Sports Group), among others. Sportsbooks are not simply pulling numbers out of thin air. (And note that authorized “official” League  providers also produce “unofficial” data for other leagues.)

Another look at this portion of Seeley’s testimony:

Two people placing the exact same bet with different bookmakers could receive different outcomes, simply based on which data the bookmaker is using to settle in-game wagers.

Theoretically, could this happen? I suppose so, yes, if there is somehow a discrepancy over how a certain event is scored. But guess what — any consumer/bettor can refer to publicly available figures and bring it to the attention of their licensed sportsbook of choice, and file a dispute if necessary.

You know who a licensed sportsbook has to answer to? A state’s gaming commission. What’s at stake?  An expensive (or extremely expensive) and valuable, limited-issue license. So it’s not as if this is the Wild West where sportsbooks can create alternative facts and have no accountability.

And what if there still is a variant outcome based on some sort of subjective determination by a sportsbook using a data provider of their choice? A customer will take it out on the sportsbook, not the league. And go do business with a competitor. There is no risk to the reputation of the league in this instance.

You know what consumers do hold against sports leagues, what drastically impairs consumer confidence in a game? Bad officiating that raises the specter of a “fix.”

Consider the now-legendary blown call in the most recent NFC Championship Game between the Los Angeles Rams and New Orleans Saints, which (probably) sent the wrong team to Super Bowl LIII. The call also altered the fate of millions of dollars of pregame moneyline and spread bets. That’s the type of result that has a real impact — not relatively low limit in-game bets, impacting a small number of people, using whatever sportsbook, in whatever state, by bettors who don’t care about the result on the same kind of wager at another sportsbook.

When Leagues ground an argument in “different outcomes” and “consumer confidence,” lawmakers should ask the Leagues what they actually mean. They will find that there’s nothing there.

The Leagues have posited that data is sacred and a failure to use “official” data may cause damage to the Leagues. That there must be “one true source.”

“As you’re making the in-game bets you want that one true source of fast, reliable, consistent data amongst all operators. But we’re only going to provide that to the legal, licensed operators…”

The problem with the idea of “one true source” is that when there is just one source, there are no longer multiple data points. No checks and balances, and thus a greater risk of manipulation, corruption, and scandal. Thus, the leagues are advancing against their own stated interests.

The actual financial opportunity to be exploited, where a scandal might occur, is in the fluctuation in the odds and prices flowing through the markets offered by the “authorized” data suppliers.

Remember, the game-state data itself, play-by-play can be checked, verified, reviewed.

It’s not through the manipulation of facts themselves, but the prices and betting limits based upon them, that opens the door to abuse. By narrowing the universe of betting data sources to just a select couple or few, there will be less variation across sportsbooks and heightened potential for a small group of bad actors to create opportunity across homogeneous sportsbooks.

However, there is also an integrity benefit to having multiple sources of data. This is simply because having a single source of truth leads to at least two problems: firstly it means there is a single point of failure which can potentially create significant financial risk in the betting market; secondly it can lead to “information monopolies” which stifle competition and innovation in the data business, ultimately leading to consumer harm (through increased cost or lack of choice). This means that generally speaking we advocate for non-exclusive data partnerships, particularly outside the very top tier of sports competition, as well as for the fact that open-source data collection has a valid part to play in a healthy market.

It seems that there are two kinds of truth. 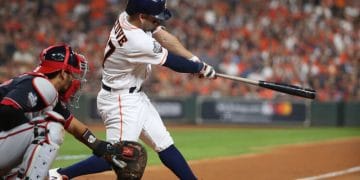 Will Baseball Bettors Back Off In Wake Of Astros Sign-Stealing Scandal?