Kicking the tires, but more harm than good here? 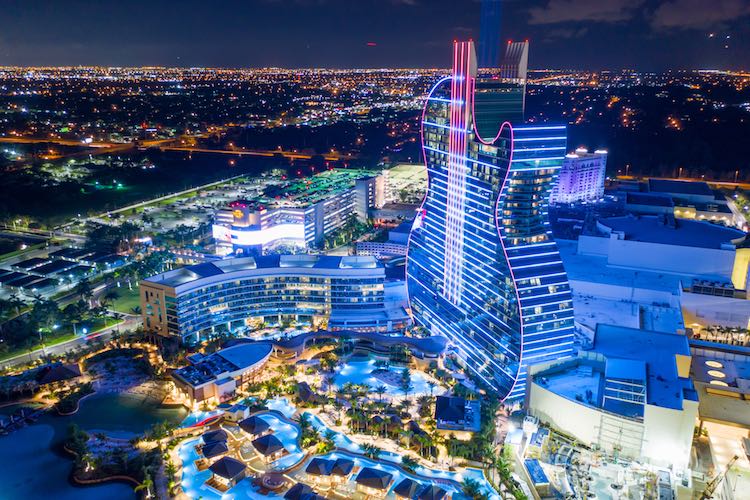 Florida lawmakers are gearing up to give sports betting another go in 2020. On Monday morning, Republican Senator Jeff Brandes filed a trio of bills, SB 968, SB 970 and SB 972 that appear to allow for state-wide mobile sports betting run by the Florida Lottery.

SB 968 is the main bill, and it does not define what sports or contests would be open for betting, though college, professional and amateur sports are defined in the bill. The bills do not mention tribal sports betting, which will be a major sticking point, as Florida’s Seminole tribe wields plenty of political power and has a big gaming presence in the state. Last year, negotiations with the Seminoles kept the state legislature from moving forward with sports betting.

“This bill stands virtually zero chance of passing. Sports betting happening in Florida without the blessing of the Seminole tribe is about as likely as a Giants Super Bowl victory this year,” John Holden assistant professor, Spears School of Business at Oklahoma State, told Sports Handle. “If anything, this bill seems likely to exacerbate tensions between the Seminole tribe and the state.”

It appears that sports betting would take place primarily through mobile platforms or at Lottery-owned kiosks. The bill does allow for the Lottery to partner with outside, commercial operators. SB 970 lays out a $100,000 application and renewal fee and requires that applications be renewed annually. SB 972 calls for a 15 percent tax rate.

Holden isn’t the only one who thinks this package of bills has little chance of gaining momentum. Consultant Brendan Bussmann of Global Market Advisors points out that in 2018, the state passed a law saying that gaming expansion must be approved on a local level, and this package calls for an expansion without consulting the state’s cities and towns.

“I would say there are a couple of things to that — not only do the Seminoles decide to stump on this, but also the Mouse,” Bussmann said in reference to Disney’s huge presence in Florida. “That goes back to the unholy alliance of getting past the greatest obstacle to getting sports betting approved in Florida — the local vote. It’s easier to try to squash an expansion of gaming at a local level than trying to do it state-wide. (Requiring local approval also) adds another wrinkle in terms of the timeline.”

Of note in SB 968 is that it calls for the Lottery to set limits on the maximum wagers allowed, which in other states has been unappealing to potential operators. As an example, in Washington, D.C., the temporary regulations called for the Lottery to set bet limits, but operators responded in force during the public comment period, and the final regulations were changed to allow operators to set their own limits.

The bill also goes to great lengths to define those prohibited from placing sports wagers. Besides the usual list — athletes, coaches, officials, directors of sports governing bodies — the bill goes on to specifically reference:

Those definitions may be in response to what’s been happening in other states as universities including Purdue and Villanova have put in place their own bans on campus that go above and beyond state regulations.