‘Don’t Shake Hands’ And Other Advice For Sports Bettors

New book shines light on 'murky' world of sports betting, and is a bit of a how-to guide, too 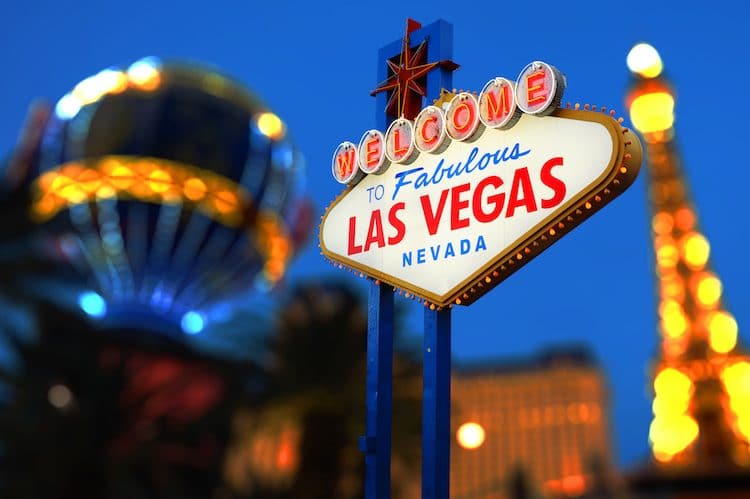 If author Rob Miech learned anything while writing his latest book, it was this: Do not touch anyone in a sportsbook. Ever.

Why? Well, let’s let Miech tell you himself.

“I’ve got three rules for anyone entering a sportsbook: 1. Never, ever put money down on the counter that you are going to miss, it better be disposable; 2. If you’re going to walk into a sportsbook, you’d better be wearing waders, because there is so much BS; and 3. This might be the most important — in any sportsbook anywhere, anytime, don’t ever shake anybody’s hand. Don’t even fist bump, and if you must, do it glancingly. I have done an unofficial tally of, let’s face it, it’s mostly men, and they use the gents and let’s just say about 70 percent of them don’t wash their hands. And that’s just gross.”

Tales from the Strip

Miech’s book, “Sports Betting for Winners,” is full of similar straightforward, canny observations and stories. Due out Nov. 2 and published by Kensington Books, it’s 252 pages of audacious stories and tips for sports bettors, whether novice or seasoned.

Miech is the author of three other sports books, including “The Last Natural,” “Of Cowards and True Men,” and “Eleventh Heaven.” Without those, he said, he never would have been able to tackle four months of life inside sports betting in Las Vegas. “The Last Natural” is the story of Bryce Harper’s single season with Nevada Southern, and like “Sports Betting for Winners,” it goes beyond the obvious and shines a light on the story behind the story.

(Naturally, in the first season after his departure in free agency, Harper’s former club, the Washington Nationals, have taken the postseason by storm and currently lead the Houston Astros 2-0 in the World Series after a stunning pair of W’s in Houston against the favored Astros.)

“Sports Betting for Winners” seems a bit of a misnomer. While there is a “how-to” element to the book, it is not a guide to sports betting, but rather an inside look at the life from both sides of the counter. The book starts with an in-depth look at what it’s like to run the biggest sportsbook in Las Vegas — the Westgate Super Book — with president and general manager Jay Kornegay, who invited Miech into his “windowless bunker” on a college football Saturday. The space is as you might imagine — 12 television screens, each with a different game, myriad computer screens, and a legion of analysts watching and crunching numbers.

On the flip side is “Van Smith,” the only professional sports bettor for whom Miech used a pseudonym. This pro sports bettor lives in a one-bedroom apartment above the Las Vegas Strip and spends his days filling notebooks with statistics and observations on all the sports he follows. He’s a retired food-and-beverage professional who is living his dream, betting on sports and making a comfortable retirement. Van’s initial goal was to earn $150,000 — $30,000 per sport — in a year. According to Miech, he earned $200,000 in 2017.  And Miech is there to share how Van strives to “operate under the radar.” He’s old-school. The technology Smith surrounds himself with? Other than televisions, Van has none, he favors notebooks, pencils, pens and box scores.

These stores are interwoven with tidbits explaining sports betting terminology or theory, in shaded boxes throughout the book. The boxes are Miech’s attempt to give readers some information they can use.

“I was hoping to do something that would be as informative as it would be entertaining,” Miech said. “I wanted to tell people’s stories through their eyes and ears and mouths — and purely for selfish reasons. I’d lived (in Las Vegas) for 16 years by the time I started this process, and I was always fascinated by how professional sports bettors worked. That murky world, really, fascinated me.”

Miech succeeds bringing that fascination to life whether its through the story of Kelly Stewart, one of only a handful of women professional sports bettors whom Miech likely would have said “has balls” were she not a woman, or Ron Boyles, who fled life in a Pennsylvania steeltown to build a life as a sports bettor in Las Vegas. Boyles shares how he first got work in a laundry room of Jackie Gaughan’s Union Plaza while he absorbed what he could at Vic Salerno’s Leroy’s turf club, and slowly worked his way into a job at a sportsbook where he figured out he could make more placing bets than taking them. Of course, there were plenty of losses and lessons learned — discipline being the biggest one — along the way.

Overall, the book is well-researched and covers an enormous amount of ground. Impressive, considering Miech had only four months from signing a contract to submitting the finished product. He used that time to investigate and learn about nearly every corner of the business, collecting many never-before-published stories.

In an effort not to give away too much, let’s say that Miech’s tales are best enjoyed in advance of a college football Saturday or NFL Sunday, when the reader has the time to not only visualize the scene but to compare the successes, failures and outrageous stories of each character, with names like Lem, Lefty, Bernie, Roxy and Nigel.

When Kensington approached Miech about the book, he offered this, “What if I talk to veterans and experts and pros on both sides of the counter. Let me talk to them about their history in the business, and how I about I just tell this story in human terms? What they stubbed their toe on, and what they learned.”

And so he did.

Miech will sign copies of his book on Saturday, Nov. 2 at the Henderson (Nev.) Barnes & Noble, beginning at 12 p.m.