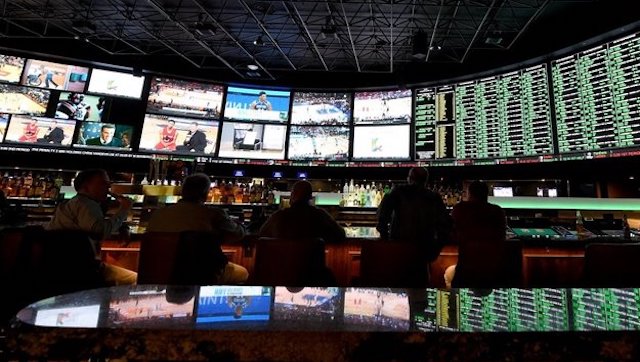 It’s been little more than a week since the Supreme Court struck down the Professional and Amateur Sports Protection Act, thereby making sports betting a states’ rights issue. And politicians across the country have wasted little time taking the issue and taking a position on it.

For months, state-level politicians have been on a steep learning curve regarding sports betting. Open hearings in Connecticut and Kansas proved just that – when stakeholders presented to them nuances of oddsmaking, thin margins, regulations and more. Many other states are quickly realizing that in order to execute a fiscally sound and agreeable structure, they must get their tribal partners – who often pay states a hefty tax on current gaming revenues – on board before passing legislation.

But it’s election season and that steep learning curve is, for lack of a better, on hold for some. Thirty-six states will elect new governors in November and in many of those states, sports betting is on the legislative agenda. Of those states, more than a handful see sports betting as a key issue and gubernatorial candidates who favor making sports betting legal in their states are embracing it as part of their platform, pointing to new revenue for states grappling with beleaguered budgets.

Stumping on Sports Betting: Gubernatorial Candidates Across The Country Taking a Stance on Sports Wagering, Which Immediately Has Become a Hot Topic in Numerous States.

Surprisingly, sports betting has not yet become a talking point for gubernatorial candidates in some states – Michigan, Illinois and Kansas among them – that have been actively working on legalizing sports gambling. And in Iowa, the only candidate who had taken a firm stance in favor of sports betting, Cedar Rapids Mayor Ron Corbett, is no longer in the race.

Below is a look at the gubernatorial races in which sports wagering is already being talked about (and in a couple cases where it’s ripe for discussion):

Though the state legislature hasn’t made any move to legalize sports betting, Florida is a gaming state with more than 35 gaming operations ranging from tribal casinos to racinos (horse and dog) and jai alai. Gubernatorial candidates don’t have a uniform opinion on whether or not sports betting should be legal in the state, but the majority are opposed to any sort of new gambling, according to the Orlando Sentinel.

Former congresswoman Gwen Graham and real estate executive Chris King, both Democrats, oppose sports betting or any sort of expansion of gambling while Republican Adam Bartow, the agriculture commissioner, supports the idea that sports betting is now a states’ rights issue, but still opposes it for his state. Only Democrat Philip Levine, currently the mayor of Miami Beach, is in favor of sports betting. The remaining candidates, either had no clear position or didn’t comment on sports betting.

At least two candidates running for governor of the Buckeye State support sports betting. But at first, it didn’t look that way. Shortly after the May 14 Supreme Court decision, Attorney General Mike DeWine’s campaign said the Republican gubernatorial candidate was opposed to sports betting in Ohio. Turns out his camp spoke too soon. Both DeWine and Democratic candidate Richard Cordray are in favor of passing sports betting legislation.

In mid-May, Ohio Democratic Senator Joe Schiavoni said that he is planning to introduce sports betting legislation some time this year. Looks like he’s got a good chance of having a governor on his side.

Another state that hasn’t moved on sports betting so far, Tennessee is not a gaming state, and it appears that those running for governor would like to keep it that way. But several members of the state legislature told Local Memphis they would support a sports gambling measure with the idea that additional revenue would go to education or transit projects. Two of the state’s gubernatorial candidates aren’t as open to the idea. Minor-league baseball owner Randy Boyd, a Republican, is definitely opposed to sports betting. Republican Congresswoman Diane Black believes the issue should be one for voters to decide, but is skeptical.

Republican incumbent Greg Abbott has long been opposed to expanding gambling in his state, and, in fact, admonished the Texas Lottery Commission in 2015, after it made a trip to Delaware to study gaming, including sports betting and DFS. Abbott currently has no official stance on sports betting nor does Democrat Lupe Valdez, who defeated Andrew White in a Democratic run-off on May 22. White was the most outspoken of all the candidates on gambling, telling the Dallas Morning News this: “Texans are driving hours out of state to gamble in Louisiana and invest in Louisiana schools, and Oklahoma’s health care and New Mexico’s highways. Let’s keep that money in Texas and invest in our own schools.”

Look for the issue to become a campaign topic in both California and Connecticut. It’s a fairly easy political win: new state tax revenue without having to impose and taxes on citizens or businesses, and the Supreme Court has given the blessing to states to proceed as they see fit.

State Representative Adam Gray last week announced that he is resurrecting a proposed amendment that would bring the issue of sports betting to the voters, but none of the state’s gubernatorial candidates have weighed in on the issue. Though there is a primary set for June, it’s all but a forgone conclusion that the governor’s race will really only feature two candidates — hyper liberal Lieutenant Governor and former San Francisco mayor Gavin Newsom and former Los Angeles Mayor Antonio Villaraigosa. According to OnTheIssues, neither has weighed in on the issue to date.

Though sports betting doesn’t appear to a key issue for gubernatorial candidates, retiring Governor Dan Malloy, is clearly all for it. Malloy this week said he plans to talk with lawmakers about holding a special session this summer just to hammer out legislation on sports wagering in Connecticut. The state legislature held hearings about sports betting, but seems at odds on how to proceed.