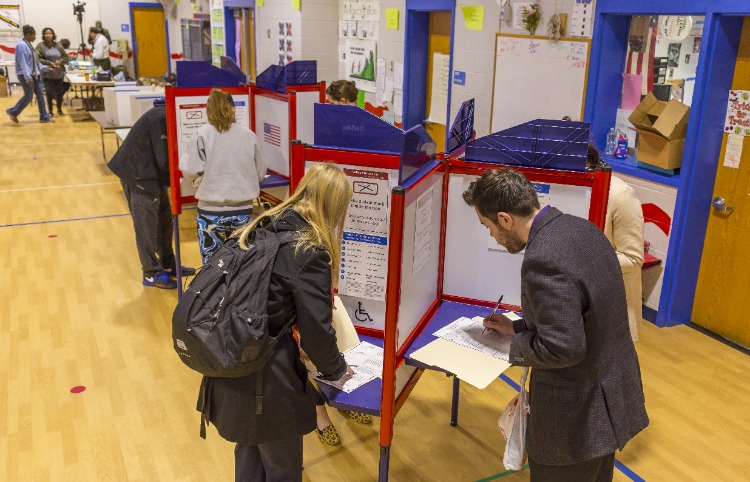 With Election Day upon us, it seemed a good time to take a look at gaming referendums that are on ballots across the nation. Voters in six states will decide on everything from raising bet limits to an all-out gaming expansion to whether or not to legalize sports betting.

Within the gaming industry, most eyes will be on Louisiana, Maryland, and likely Nebraska, all of which could usher in legal sports betting by the time the final votes are counted. In Louisiana and Maryland, lawmakers stripped their sports betting bills during COVID-19-shortened legislative sessions in an effort to get referendums on the ballot. Louisianans will vote on retail sports betting on a parish-by-parish basis while Marylanders will vote whether or not to legalize statewide digital and retail sports betting. In both cases, if the initiatives pass, lawmakers will hammer out the details during the 2021 session.

In Nebraska, a trio of constitutional amendments have caused quite a stir. Only if all three are passed would gaming be expanded, and sports betting would be part of the pot. The big question, should the amendments pass, is whether or not the door would be open for statewide mobile sports betting.

Around the horn on Election Day

So, whether you’re about Biden or Trump — or neither (!) — there’s plenty at stake on Tuesday:

Colorado: Amendment 77 would take control of some gaming decisions from the state’s population and give it to the localities where there is gaming. Voters in Black Hawk, Central City, and Cripple Creek would be able to raise bet limits and potentially add new games. The Denver Post endorses a “yes” vote on this amendment.

Louisiana: Voters in each parish will get a chance to decide if sports wagering at brick-and-mortar sportsbooks should be legal. The referendum does not allow for statewide mobile sports betting. In 2018, voters in 47 of 64 parishes legalized daily fantasy sports, but those are not yet available in the state. It would seem that given the support for DFS and the current budget crunch in Louisiana — and everywhere else due to COVID-19 — that this measure should pass in most parishes, including Orleans and Bossier and Caddo parishes. Harrah’s, the only land-based casino in the state, is located in New Orleans (Orleans parish). The Shreveport-Bossier City metro area, located in the far northwest corner of the state, is the second largest gaming area in the state.

Maryland: The referendum in this state is the only one anywhere that explicitly would allow for statewide mobile sports betting, and should it pass, sports wagering would be legal in the entire “DMV” area. Maryland voters will only decide whether or not to legalize, leaving the details to lawmakers, who stripped their bills in a COVID-shortened session to get the initiative on the ballot. A recent poll found that 60% of voters plan to vote “yes,” and in early October, Gov. Larry Hogan said he thinks the measure will pass “right now, as states are really lacking revenue.”

This Election Day, Question 2 which would allow for sports betting in Maryland will be on the ballot. Maryland schools are currently facing a $4 billion dollar gap and by voting yes, you can help fund public education.

Nebraska: A set of three constitutional amendments would have to pass in Nebraska to legalize “all games of chance,” which would represent the biggest gaming expansion in Nebraska history. To date, the race in Nebraska is the most contentious, with opponents arguing even among themselves. Conservative personalities in Nebraska — Warren Buffett and Tom Osborne among them — oppose the measure, while tribal interests and the state’s horsemen support it. The Secretary of State held an informational session about the amendments in October, and the biggest message is that voters must pass all three for an expansion. The sell to voters for the package of initiatives is that it will provide property tax relief. But both sides have been vocal, and as of Monday, it was unclear if either side had an advantage.

South Dakota: Voters statewide will get a chance to decide if retail sports betting should be legalized in the tourist town of Deadwood. There’s already retail gaming in the city. The referendum is for betting at physical locations, but some question as to whether or not it also opens the opportunity for tribes to offer sports wagering, and the Deadwood Gaming Association reportedly said it wouldn’t oppose digital sports betting should the initiative pass and the legislature choose to include it. There are about a dozen tribal casinos in the state. Mike Rodman, head of the gaming association, said the local casinos are “cautiously optimistic” ahead of election day, according to KEVN-Black Hills Fox.

On Nov. 3rd, South Dakota has a chance to join 22 other states in offering sports betting. Voting YES on Amendment B will allow the legislature to smartly craft a Deadwood sports betting law that could expand to the entire state! https://t.co/kccHqWlXHz

Virginia: While not directly related to sports betting, Virginia voters in four cities will have the chance to approve retail casinos. Ballots in Bristol, Danville, Norfolk, and Portsmouth will all have the casino question. Virginia lawmakers legalized statewide mobile sports betting earlier this year, and the Virginia Lottery approved regulations on Sept. 15. The first apps could launch as early as late December. As for the cities voting on retail casinos, Bristol has already partnered with Hard Rock, Danville has a deal with Caesars, Norfolk has sold land to the Pamunkey Indian tribe, which plans to build a casino, and Portsmouth has a deal with Rush Street Gaming.