Roadblocks, there've been a few. 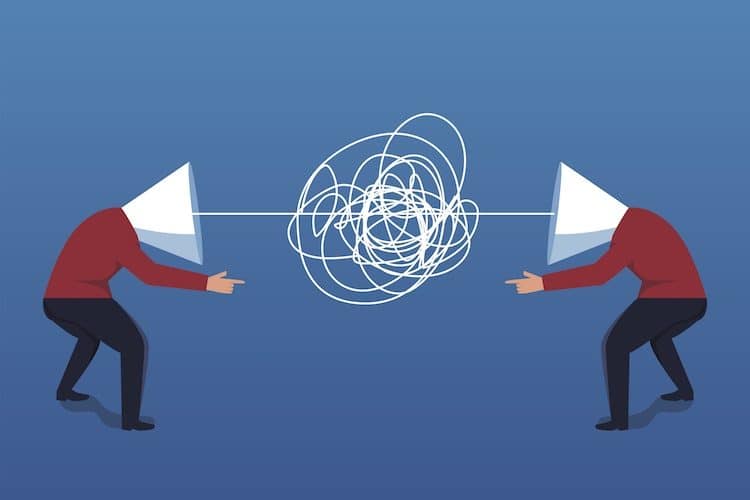 At the end of 2018, still flush with optimism after PASPA was struck down, we at Sports Handle assembled a panel to examine which states were most likely to legalize sports betting in 2019. Three months (and one week) into the legislative season, we thought it was time to review what’s unfolded and reassess each state.

So far this year, only Rhode Island, which legalized land-based sports betting in 2018, has passed new legislation that will directly impact sports wagering. Lawmakers there legalized state-wide mobile sports betting requiring in-person registration in March, in hopes that operations will go online sometime this summer. Washington, D.C., which legalized shortly after we released our rankings, has dealt with some related topics, and is planning to launch sports betting later this year.

There are scores of active bills all over the country, but as for decisive action, so far that’s it. Various states have seen turf wars and tug-of-wars, finger pointing, moral objections, while various other obstacles have slowed or stalled the gears. In fact, the state mostly likely to legalize next — Montana — wasn’t even in our Top 15 three months ago, receiving just a single vote from West Virginia House Delegate Shawn Fluharty.

For a look at where things stand from Massachusetts to Michigan to Montana, read on. But first: this table below indicates the aggregate votes each state/jurisdiction received in Dec. 2018– 15 points for a first-place vote as most likely to legalize, and 1 point for a rank of 15.

Washington, D.C. legalized sports betting the day our rankings came out in December, so no surprise that everyone ranked D.C. first. Plans in the city are to roll out regulations in July, and then Capital One Arena will likely cut a ribbon for the first retail sportsbook, while the mobile rollout may take until 2020.

Stakeholders, some lawmakers and New York sports bettors are pining for a legal option in the Empire State, however they’ll all have to wait, as John Brennan explains at US Bets. The state’s budget was released recently with no mention of sports betting revenue, and Governor Andrew Cuomo and the state gaming commission believe a three-year approval process is needed. (The launch of brick-and-mortar sportsbooks at four upstate commercial casinos is still on track, though, as permitted under a 2013 law.)

Lawmakers and stakeholders put in plenty of effort to study and push for legal sports betting, but the session ended in late March with no action. According to Brian Pempus at US Bets, it was the third consecutive year that Kentucky lawmakers tried and failed to legalize sports betting.

Michigan lawmakers are all in on sports betting — after all they sent a package of iGaming bills that would have set the table for sports betting to the governor for approval in December, but he vetoed them at the 11th hour. But lawmakers are back with another iGaming package that’s already gotten out of committee, though new Governor Gretchen Whitmer apparently has some concerns, but the foundation is there and there’s a decent shot at legalization this year.

The first full-fledged sports betting bill was filed in March, but no hearing date has been set. This situation is pretty fluid with plenty of debate ahead. On the upside, lawmakers all seem to agree that a constitutional amendment is not needed to legalize.

Lawmakers are taking their time and after two fall hearings and lots of private wrangling, five amendments to a shell sports betting bill were filed in the House in late March. Legal sports betting has some heavy weight behind it, including Governor J.B. Pritzker. At this point it appears to be a matter of quelling in-fighting and finding the most agreeable framework among the options on the table. Definitely no guarantees, though.

Senator Denny Martiny (R-District 10) will give it another go. He pre-filed a bill ahead of the state’s legislative session, which opens Monday. Will the bill have legs? Hard to say, as Louisiana lawmakers weren’t very receptive last year.

As of the beginning of April, two Missouri bills were on the “Calendar for Perfection” in the state Senate, which means they can be voted on on the Senate floor. But given that both bills have been sitting in that position for at least a month, it’s looking less and less likely that either will get a vote before the May 17 adjournment. And even if one passes the Senate, it must go through a similar process in the House.

It seemed everyone wanted a seat at the table, but none were really willing to negotiate, at least not quickly enough to get a bill moving. Ten bills that included sports betting language were filed, but the general assembly adjourned in February with no action.

Mobile wagering provisions were stripped from an Indiana House sports betting bill last week with the possibility it gets re-inserted. Indiana lawmakers have made progress, but sports betting is wrapped up in a substantially larger gambling package with wide ramifications. They’re trying to find consensus, but the clock is ticking (legislature adjourns on April 29).

The state is still negotiating with its Indian tribes to find a way to legalize sports betting while preserving payments from the tribes to the state. So far, two marathon hearings have not changed much. There are multiple proposals on the table, as negotiations have resumed remained behind closed doors. “Sometimes, total silence is the best way to handle your negotiations,” said Connecticut Governor Ned Lamont. “We can do sports betting. We can do Internet gambling. I’m trying to find a global solution going forward that honors our commitment to the tribes and make sure we do this in a thoughtful way for the next 20 years. I’m not looking for a short-term fix. All I can tell you is the conversations are continuing.”

A dozen sports betting bills are floating around the state legislature, and stakeholders and legislative staff predict hearings toward the end of April or the beginning of May. So far, there’s been little opposition to sports betting, the discussion is mostly centered around how to set it up. Governor Charlie Baker not only called on the state legislature to legalize, he threw out his own proposal. We’d put a bucks on Massachusetts legalizing this year.

The Volunteer State, a “non-gaming” state, entered the picture in 2019 as a dark horse. With the end of the session approaching later this month, it’s hard to tell if she’ll cross the line. There’s a key hearing on Tuesday, April, 9.

Choose your own interpretation in Tennessee:

Key hearing upcoming on Tuesday. We shall see.

Iowa’s been trending in the legalization direction, but lawmakers can’t seem to agree on several critical points, including whether or not to allow betting college games, and if in-play wagering should be allowed. Both are complex topics that may be the undoing of Iowa legalizing in 2019.

Kansas lawmakers aren’t on the same page at all. An “integrity fee” is in play in at least one bill, there is a bill that calls for the lottery to be the regulator and another that would legalize sports betting at horse racetracks only. The legislative session ends in mid-May.

Montana  didn’t make our initial 15, but three sports betting bills have already passed through their respective chambers — two in the House and one in the Senate — and are starting the process on the other side. Should all three pass, Montana will offer bettors three ways to bet at kiosks placed in licensed venues, including bars, restaurants and convenience stores. The session ends April 20.