Once Again, Sports Betting Will Be Much Talked About Issue In Massachusetts 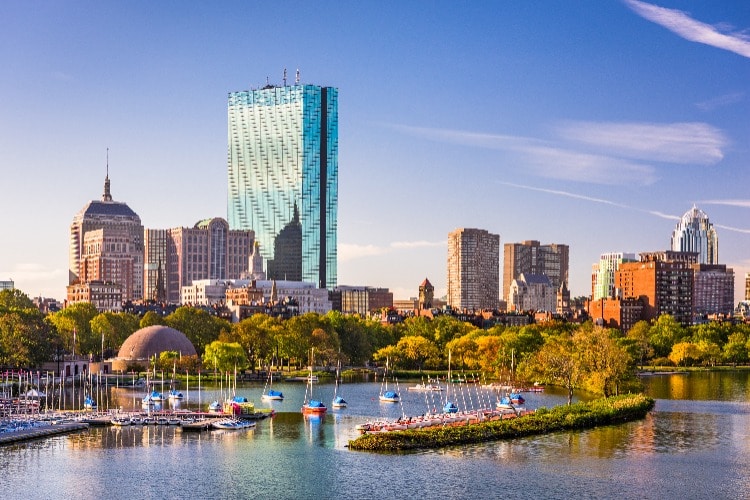 Massachusetts state Sen. Eric Lesser, co-chairman of the legislature’s Joint Committee on Economic Development and Emerging Technologies, is now a candidate for lieutenant governor. And he intends to use the campaign trail to continue pushing for legalization of sports betting in the Bay State.

“My hope is that we can get that done long before the campaign,” Lesser told MassLive Tuesday, the same day he announced his candidacy. “Keep in mind the election is 10, 11 months from now.”

Lesser went on to call legal sports betting a prominent issue he will raise while campaigning.

Lesser’s committee has been exploring legal sports betting through hearings, meetings, and closed-door conversations for going on five years now. While Massachusetts — home to sports betting and DFS titan DraftKings — is now nearly surrounded by legal wagering states, politicians have been unable to get out of their own way and find a solution.

Many lawmakers and Gov. Charlie Baker are staunch supporters, but the nearly 20 sports betting-related bills that have been sitting in the hopper on Beacon Hill since last year are all over the map. There’s no consensus on the tax rate, whether to allow wagering on college sports,, and numerous other issues.

“This has absolutely been a top-tier issue,” Lesser said in a recent virtual meeting in December. “It’s been something many of us have been working on, on almost a daily basis. And there are very active conversations going on.”

There were promises throughout 2021 about legalization, but after the House passed a budget bill that included legal sports betting, the issue languished in the Senate.

According to a discussion on WGBH, sports betting is a likely legislative priority this year, though the House and the Senate are “two different chambers with very different ideas” on myriad issues, statehouse reporter Mike Deehan said during a broadcast Wednesday.

“I think sports betting is definitely something that’s going to be coming up,” he said. “That’s something that the House really wants to do. The Senate seems to have no interest — they’re kind of dragging their heels on what their plan for that would be.

“You know, in all this time and all these hearings and process and it comes down to two chambers that might have radically different bills and different plans, and then they try to jam them together and come up with a compromise very late in the day, usually within days or hours of the end of their sessions. And that’s where things tend to fall apart — they put it off, and then the two chambers, both dominated by Democrats, just don’t see eye to eye and can’t make these compromises happen, increasingly.”

Which States Will Legalize Sports Betting In 2022?https://t.co/Q4k0XUQtEF “Massachusetts has a robust gaming industry and is home to one of the larger sports betting brands — there is no reason why any bill has not passed.” @sports_handle @bbussmann

That kind of process has failed in numerous states across the country. In the nearly four years since the Supreme Court overturned the Professional and Amateur Sports Protection Act in May 2018, the states that have been able to legalize are those in which lawmakers brought agreed-upon bills to their peers after education, discussion, and negotiation took place, whether in Connecticut or Colorado or Washington state. In the states where lawmakers play politics on chamber floors — think Georgia or Kentucky or Maine — proposals languish and ultimately die.

Since PASPA was overturned, four of Massachusetts’ five border states have legalized, including New York. But one stakeholder told Sports Handle that outside pressure to legalize does not appear to move the needle in the Massachusetts Senate. It’s already clear that Massachusetts is losing revenue as bettors drive over the border to Connecticut, New Hampshire, and Rhode Island to place bets by phone.

New York, which will be the biggest state by population in the U.S. to offer mobile sportsbooks, is aiming to launch operators ahead of the Feb. 13 Super Bowl.