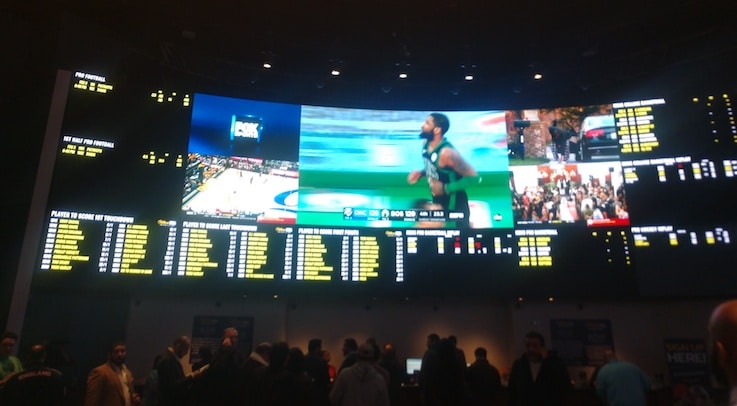 Of the 11 jurisdictions that already have approved some form of legalized sports betting, including Washington, D.C., none will pay a fee or “royalty” or sum of money by any name to the professional sports leagues. Meanwhile, tax rates run from a low of 6.75 percent in Nevada to a high of 51 percent in Rhode Island in a revenue-sharing model. But as bills continue to flood state capitals across the country, tax rates appear to be coming down, state-wide mobile sportsbooks looks to be the norm, and the discussion continues about a fee benefiting the pro sports leagues, as well as a possible mandate for sportsbooks to purchase “official league data” from leagues, or more specifically, their contracted third parties.

Here’s a look at what’s trending:

In the last two years, three states legalized sports betting with state tax rates of 34 percent or higher: Pennsylvania, Delaware and Rhode Island. Remove those three outliers, and legal sports betting is or will be taxed at an average of 8.8 percent by states and the District of Columbia. That number may seem high for 2019, during which five bills that have been filed call for tax rates of 6.75 percent or less and 10 call for a state tax of 10 percent or less. In fact, only four bills so far, one each in Massachusetts (12.5 percent), Missouri (14 percent), Virginia (15 percent) and Kentucky (25 percent of net revenue), include rates over 10 percent.

The most unique tax situation is laid out in Texas HB 1275, which dispenses with state tax altogether and lays out a 6.25 percent “sales tax” on every wager placed. In several states, lawmakers have submitted bills with a tax rate not addressed at all.

Mobile most definitely on the plate

After watching how quickly New Jersey’s online revenue grew, and what a huge percentage of overall wagers it represents (75 percent of handle in Dec.2018), lawmakers filing bills in 2019 are mindful of how important state-wide mobile is to the bottom line.

Among active sports betting bills, several address only mobile and online wagering. Of the 33 bills that have been filed, 17 call for state-wide mobile immediately, while it’s planned in several others. There is at least one bill in each state that calls for state-wide mobile. In Virginia, one bill would legalize mobile sports betting only, and in several states, bills allow for mobile sportsbooks that do not have ties to brick-and-mortar operations.

‘Compensating,’ or paying the leagues

Why pay the professional leagues any off-the-top cut of wagers or otherwise? Good question. And one that most lawmakers have dismissed, even after entertaining lobbyists from the NBA and Major League Baseball, the two that have been the most vocal about cutting a cut of the pie. Kansas Representative Stan Frownfelter (D-District 37) may have put it best when he told Sports Handle, “I’m not going to give anything away at this time. I’m not going to give them a percentage of this, it’s just going to pad their pockets. I wouldn’t do it.”

While that sentiment has been echoed across the country, dating back to hearings in Connecticut and New York early last year, a fee, whether a “royalty” or “integrity fee” has popped up in bills in Iowa, Kansas, Massachusetts and Missouri. Iowa and Kansas are the most curious, as neither is home to a pro sports team.

The state with lawmakers that seem most interested in paying the leagues is Missouri: the latest Missouri bill calls for a 0.75 percent royalty on college and professional sports bets while one filed ahead of the session calls for a total 1 percent fee to be paid out to the professional leagues and the NCAA. The most unique version of an integrity fee is in yet another Missouri bill, but this one calls for a .5 percent fee to be paid to the state, rather than the pro leagues, and used for maintenance, repair and building of sporing venues in the state.

Mandated use of ‘official data’

Alongside paying a fee to leagues is a possible stipulation that sportsbooks can use only “official league data.” Forcing sportsbooks to buy data from the leagues (or their third-parties) would be a financial boon for the leagues. Some observers view the “integrity fee” a red herring to make a data-purchase mandate more palatable. But some lawmakers have recoiled that that notion, too, because it would effectively force a contract between two commercial actors.

In 2019, about half of the comprehensive bills filed require that sportsbooks buy their data from the leagues. And in some cases, the leagues are also given the right to disallow certain types of bets. Conceptually, the bets in question are “prop bets,” in which a single player might be able influence the outcome of the wager, such as number of hits or errors in a baseball game. But at the same time, this same perceived risk already exists in daily fantasy sports contexts.  And consider that New England Patriots owner Robert Kraft and Dallas Cowboys owner Jerry Jones have retained their investments in DraftKings, which is now both a sportsbook and a DFS platform.

As lawmakers continue to expand their knowledge about sports betting and better understand what they want it to look like in their states, it’s clear that most understand that creating a business-friendly climate through low taxes and without additional fees, as well as allowing for state-wide mobile, are critical components. 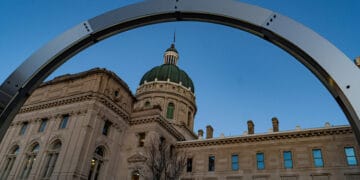