by John Wilson
in Opinion 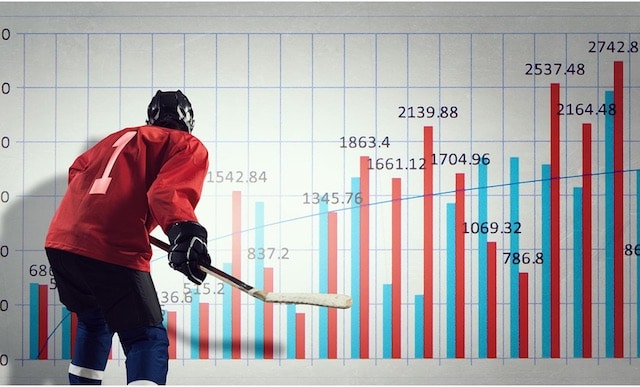 Now that the Supreme Court has opened the door to expanded legal sports betting across the United States, there’s numerous open questions, including how the professional leagues and NCAA will adjust to the new terrain. For insight on this issue and more, Sports Handle caught up with sports economist, Professor Rodney Paul, Ph.D.

Paul has been studying sports for more than two decades. Currently a professor in the Department of Sport Management at Syracuse David B. Falk College of Sport and Human Dynamics, he got into the field in 1997 as an adjunct faculty member at Montana State teaching sports economics.

Paul’s work is centered around statistical analysis relating to sports, and what specifically interests us at Sports Handle is his take on sports wagering markets. Paul’s work has appeared in many national publications, including NPR, on topics ranging from NFL labor to Olympic television rights.

In Light of the Supreme Court Ruling on Sports Betting, It Is Likely That Consumers Will View Sports Differently, Likely Going Mobile More Often.

SH: Following the Supreme Court’s decision, do you think sports programming will be consumed in different ways?

PAUL: Phone-based I think will evolve and force sports programmers to be creative in their offerings. Given that there might be a boost with legalized gambling, those different mediums of consumption might become even more prevalent and more types of groups will enter into that realm, so people can have access to different mediums to watch them. So, I think we already see that taking place, but maybe with legalized sports betting happening, we might see this accelerated, and take these technology changes into how games are viewed.

SH: Will we see an increase or decrease in one particular way of consumption?

PAUL: Mobile. Given the legality aspect of betting, I am able to gamble at any point in time, and maybe this expands to ‘I am going to bet on a college football game on Thursday,’ or ‘I am betting an NBA game on Tuesday night,’ whereas people have other things going on in addition to these games. So instead of just being able to have the phone app for the NBA to follow your favorite team, you might now be using the NBA phone app to follow different teams because you are wagering on those games. And, I would guess, probably the mobile side picks that up even more because I doubt people would necessarily change their behavior, but they might want to follow those games wherever they are.

SH: Which sports do you think will be most impacted by the legalization of sports betting in terms of viewership rating, increase or decrease?

PAUL: I think hockey because that used to be hard to find illegal outlets to bet, because a lot of bookies used to not take any action on hockey. But anything that would not have had the chance to be bet on before, but now goes ahead and has an offering: a sport that starts to be able to take off and you are able to wager on these things as part of that wave would fit into being impacted the most by the legalization of sports betting … Thinking about it now, this could drive something like the Olympics. Maybe the interest there of having the odds on individual athletes if that would be part of the package as well might be part of the resurgence of watching those sports live.

SH: Do you think the integrity of the game will be compromised with legal sports betting? And if so, will this affect TV ratings in a positive or negative sense?

PAUL: I don’t think so, I actually think it’s the opposite. The more people that are watching the games, the easier it is going to be to unearth some things that might be going on … To me, the monitoring to be able to keep the integrity of the game so that everyone benefits, so that the money keeps flowing in to be able to bet on these games, is the major incentive to keep it above board. The bookmakers are the ones that would get crushed if they and people are thinking the game is a fair coin toss and it really is not.

SH: According to Nielsen studies, sports bettors are more engaged than the regular fan. They watch more games and for longer. What impact on TV ratings, if any, do you foresee, if sports betting expands?

PAUL: Part of this is already incorporated, probably because there is such a big illegal market for sports betting. I am sure the legality will attract some new people … I think definitely having it in place where people can wager on the games, leads to a situation that it sustains the ratings for longer. How the point spread and totals are designed, many of the games come down to the end of the game, so that’s where we would see the longer sustainability of games. I think the legalities of sports betting would expand the market.

SH: ESPN pays $1.9 billion per year for NFL rights and $1.4 billion per year for NBA rights. Another example is the FOX Sports purchase of the Thursday Night Football package for $3.3 billion. How much do you think sports betting/sport bettors factor into league fees and rights soaring in price?

PAUL: I think it’s important, and maybe the easiest way for me to do this is kind of in reverse. If there was really a huge crackdown where nobody was able to bet in any matter, shape, or form, the value of sports property would be considerably less. I think that in a lot of people’s minds, being able to have a wager on the game … makes them more interested to watch. I definitely think it plays a role, but some of it’s already embedded because of the nature of how prevalent sports gambling is already in society.

SH: Do you anticipate a further increase in league TV rights fees?

PAUL: I can see a matter where they overestimate how many new people are being added. I can see that there might be an over-adjustment when this happens because they would be too optimistic that it’s attracting more people, as opposed to some people would just now be betting legally instead of betting illegally, thus causing a slight over adjustment at first.

SH: What about the prospect of more cord cutting and Over the Top packages?

PAUL: A lot of people still get the sports without having the cable. The idea of being available with a sign in … plus all these individual packages being reasonable for most people to buy, I think those things keep people watching, even without cable. How much expansion is left in terms of that? I don’t exactly know, but I would guess some people that now might be more into ‘alright now I can bet on these games legally’ might also be more inclined to purchase these packages so they can watch the games that they go ahead and bet on.  The act of betting and consumption of the game are complimentary activities.