Get A Grip: The Week In Sports And Sports Betting: Vermont, N.C., Virginia, And More 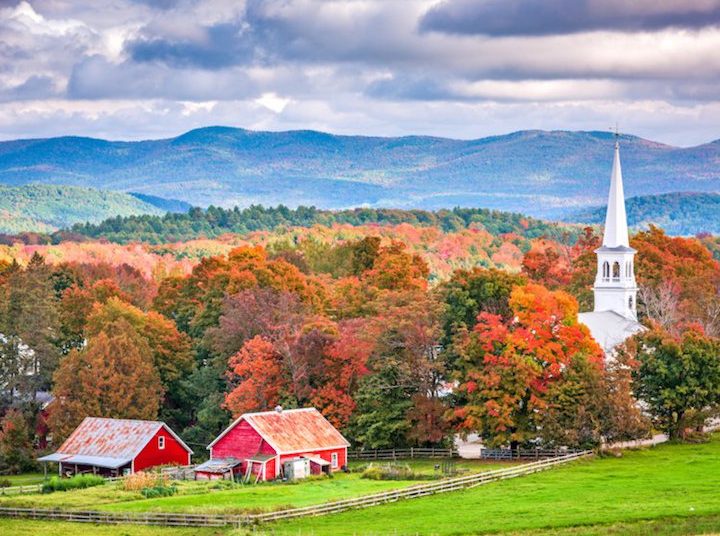 Vermont bill could allow extension of credit to bettors

H 484, the third sports betting bill to be introduced in Vermont this year, is widely believed be the first of its kind in that it would allow the state to write rules for licensees to extend credit to sports bettors. It is the norm for bettors to be required to use cash for an in-person sports betting transaction, though with the proliferation of mobile sports betting, patrons in some locations may effectively play on credit as some mobile accounts can be funded via credit card. But this could allow a sportsbook to directly extend credit to a bettor.

The single line in the bill, “the extension of credit to patrons by licensees,” is under the broader heading of Powers and Duties of Board of Liquor and Lottery, which would be the regulatory body.

The bill would also legalize state-wide mobile sports betting, and allows for in-person sports betting at kiosks placed in a “sports wagering lounge.” Vermont does not have an existing casino structure. Though the bill does not specifically describe where a sportsbook may be located, it does require that a book be in same location as the licensee’s server and “backroom” operations.

According to the bill, the initial license fee would be $100,000, and taxation would be on a sliding scale:

It would be legal for Vermonters to bet on college and professional sporting events, with the exception of Vermont college teams or collegiate events taking place in Vermont. The other two Vermont bills, one each in the House and Senate, call for the creation of a sports betting study committee.

North Carolina gets in on the action

The two-page North Carolina bill appears to be little more than a placeholder, as it defines Class III gaming and where that can take place, but does not address infrastructure, tax rate, or name a regulatory body. The bill would legalize sports betting on college and professional sports.

There hasn't appeared to be much of an appetite for statewide sports betting in NC so far, but a bill filed this week would get the Cherokee casinos into the game.https://t.co/YGVgPIN2dn

Virginia’s lawmakers approached the short 2019 legislative session with enthusiasm and a tall task — legalizing sports betting in a state with no gaming infrastructure. Ten bills that included sports betting in their language were filed in Virginia, but only one made it to an 11th-hour vote in the Senate, and none were voted on in both chambers of the general assembly.

Bills in the assembly ranged from an internet/mobile only option to stand-alone sportsbooks to more wide-reaching proposals that included the building of casinos in specific locations. The Senate did pass SB 1126, which would allow for casino gaming, including sports betting, throughout the state, on the final night of the session. The bill would allow for sports betting on professional and college teams, and specifies that casinos could only be built in communities with an unemployment rate that is 4 percent higher than the state-wide average, in which 40 percent of the assessed value of all real estate situated in the locality is exempt from local property taxation, and additional specific considerations.

Virginia was hoping to become the second jurisdiction in its region to legalize sports betting. Washington D.C. did so last December.

He lived long enough to see sports betting legalized in his state – and got busted again anyway #olddog https://t.co/9cJKmvyaOJ

A QUESTION OF INTEGRITY: Will the new relationship between sports and betting dull past transgressions? [BostonHerald]

ICYMI on Sports Handle and US Bets

An Illinois lawmaker says he’d consider it a ‘failure’ if sports betting isn’t legalized this session.

Kentucky religious groups are making a push to keep sports betting from being legalized.

An inside look at the Caesars-DraftKings partnership.

HI, JOHNNY: After splitting with the CFL, controversial QB Manziel may turn up in AAF. [WashPost]

LUCKY 13? Bryce Harper’s 13-year, $330 million deal with the Phillies seems unreal. Not because of the money, but because it’s so loooong. [WSJ]

HOME SWEET HOME? Not so much, but the Raiders and City of Oakland have reportedly made a deal for one more year. [MercuryNews]

FIX BASEBALL: Instead of putting a minimum on the number of batters a pitcher faces, how about limited number of pitchers per team? [538]

KRAFT UPDATE: Robert Kraft likely won’t go to trial over solicitation charges. A bigger concern is likely the possibility of videos being made public. [SI]