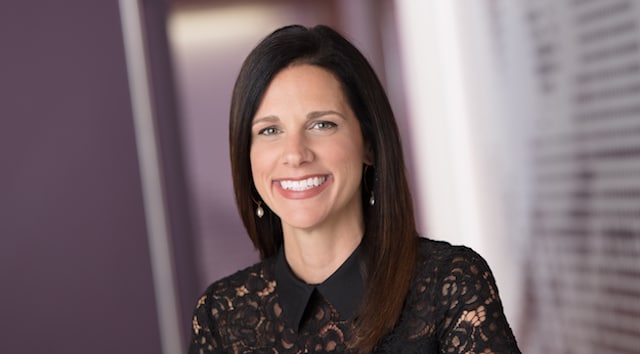 With proposed legislation in Texas, there are now six states nationwide that have active bills on sports betting in jurisdictions with a limited number of casinos in retail locations.

Earlier this week, we discussed some of the trends pertaining to the states with Sara Slane, senior vice president of public affairs at the American Gaming Association. Besides Texas, Hawaii, Kentucky, South Carolina, Tennessee and Virginia are among the states without casino gaming that are considering the legalization of sports gambling. Slane covered a wide range of topics related to the global sports betting market, including why she is a proponent of FOMO or the “fear of missing out,” when it comes to state-by-state expansion of sports gambling.

Sports Handle (SH): What are some of the commonalities or main takeaways from the legislation in the aforementioned six states? For the most part, does the language in the proposed bills enable operators to establish a strong online and mobile presence if in fact sports gambling becomes legalized in their jurisdictions?

Sara Slane (SS): This is the (Chinese) Year of the Pig and the pigs are obviously flying right now because you have a state such as Hawaii who has no gaming whatsoever, introduce sports betting legislation. I just think in general terms it speaks to the mainstreamness of sports betting. We’ll do polling and we’ll look at some consumer trends and a lot of people don’t even know that betting on sports is typically illegal. It’s just part of the American culture, it’s something people want, it’s something they have embraced and I think states are saying then why don’t we just legitimize it, bring it out of the shadows and collect tax revenue on it?

As of today, you have 20 states that have active legislation. Of those 20, 13 then authorized full-scale mobile so that’s where the consumer is, that is where the trend is headed. We’ve long said for us to stamp out the illegal market, that you have to compete with the illegal market — the majority of that activity is happening through mobile, offshore websites. I think the states that are adopting policy that includes a mobile, online presence, are taking a step in the right direction, then, in shutting down that illegal market and providing consumers with choices that they want.

SS: I would say that it is certainly up to every state to decide what is in their best interest in how they roll out their bills…as far as distribution methods and models as long as there is a strong regulatory oversight body that is making sure that licensing, regulations and compliance are being adhered to it really is up to the states to decide how they are going to distribute sports betting.

SH: In the U.K., meanwhile, betting shops have largely replaced pubs as the preferred location for sports enthusiasts to wager on athletic contests. As bars and restaurants around the U.S. float proposals to become licensed sports book operators, what can the gaming community glean most from the U.K. sports betting model?

SS: We have spent a lot of time working with a lot of the European operators and the U.K. facing operators. While there are a lot of retail outlets to place a sports bet, the majority of the bets now are being placed online. There has clearly been a shift in terms of retail shops to the mobile platform.

.@BillMillerAGA on @SaraSlaneAGA being named to @sbjsbd Forty Under 40: “This recognition is not only well deserved but is shared by stakeholders within and outside our industry.” https://t.co/MsmuQ45LSV

SH: Since the six states, including Texas, currently do not have a large brick-and-mortar presence when it comes to casinos, what is the likelihood that sports betting could spawn a boon in construction over the next several years? The creation of new construction positions and post-construction jobs in the coming years?

SS: It certainly is a possibility, obviously operators get real excited about when you are talking about Texas introducing legislation and those other states don’t have any brick-and-mortar presence. Is it a toehold in a discussion around on potentially having a brick-and-mortar facility? I think it is and I think when you look at the totality of the casino industry and the business, sports betting is one, tiny little sliver of the actual industry in and of itself. The majority of the revenue is coming from things like slots and table games, so sports is a very small piece of that revenue. Certainly, we see ancillary benefits in having a legal, regulated sports betting system but it is really just one component of a multi-faceted industry.

SH: In terms of Texas, given the scope and population of the state how challenging will it be to come up with revenue and handle projections if sports gambling is legalized in the Lone Star state? If Texas eventually approves legalized sports betting, how likely is it that other large states nationwide might shift their current position and consider sports gambling bills of their own?

SS: I love using the term FOMO for the states and their motivation to move forward. That is very indicative of how gaming in and itself moves, quite frankly. States hate losing out on revenue opportunities, certainly to their neighbors. This really isn’t a competition among operators, it’s a competition among the states to have the most advantageous gaming policy in place to keep those tax dollars in their state. I see it as a positive all around, not just with some of the larger states but certainly with some of the surrounding states next to Texas.

SH: Several bills have language regarding the potential implementation of sports betting liquidity pools to help gaming operators offset losses and manage risk. How critical is it for states to include such provisions to provide operators with a comprehensive risk-management tool similar to the one that is currently in place for online poker?

SS: Certainly, managing risk in geographic areas (is important) — just look at the Super Bowl and the activity that took place in the Northeast corridor and the amount of people putting money down on the Patriots. These guys are experts in how you manage risk, with how you look at not just one single event, but all the events throughout the year…you have experts that know how to make lines and know how to manage risk. They’re not just viewing one single event without looking at the totality of all the events that take place throughout the year.