In this series, we get background and preferences from 'regular' guys who bet on sports 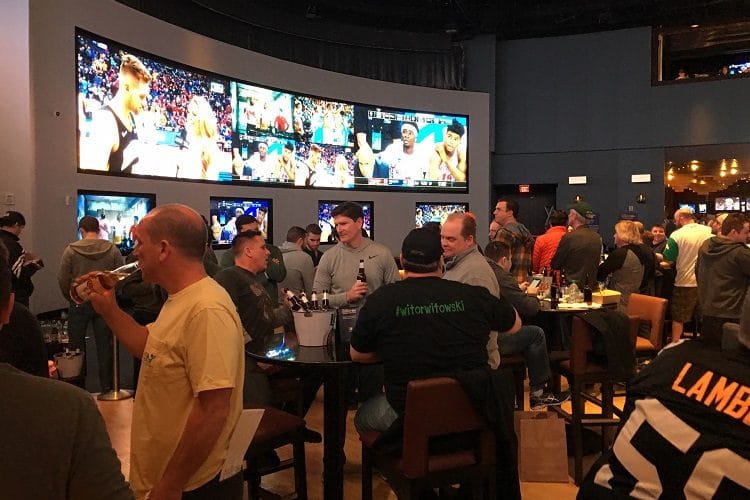 This story marks the debut of a new Sports Handle miniseries looking at sports bettors across the country: Regular Joes who bet recreationally, most of them in the black market at some point. Some have families, day jobs in accounting, law, journalism and other fields.

Thirteen months post-PASPA, a few of these individuals have availed themselves of the growing number of legal sports betting markets in the U.S. in New Jersey and Pennsylvania.

The main purpose of this? Though a wildly popular and prevalent form of entertainment in the U.S., gambling is still somewhat taboo, particularly sports betting, in part due to the longstanding federal ban. But that wall is cracking as states, sports leagues, and even the network broadcasting the Super Bowl (FOX Sports) is getting into the business of legal sports wagering.

But because some of the stigma remains, several of our subjects asked to remain anonymous, including the first, who we’ll call John.

Meet John: This 41-year-old New York City attorney is an avid sports bettor with a wife and two kids under the age of 8. He runs and competes in triathlons as other hobbies. Since sports betting became legal in neighboring New Jersey last summer, John said he’s ramped up his betting, and favors betting on the NFL.

How long have you been actively sports betting? I started betting casually in high school with friends, but it wasn’t consistent – usually for the Super Bowl or a major sports event. I’ve been consistently sports betting since my junior year of college in 1998.

How much do you bet and how often? Varies – during the NFL season, I bet every week, mostly on NFL, but sometimes on college football. A typical bet is $50, but I may decrease to $25 or increase to $100 based on my confidence level. I also consistently bet the NCAA basketball tournament in the same amounts. I also like futures bets, typically at the start of each professional sports season or at the beginning of the playoffs. I’ll usually bet one favorite and medium long shot, between $25-$100 per bet. I’ll also bet “unique” events such as the World Cup, Olympics, and golf majors. I do not bet regular-season NBA, MLB, or NHL. The Super Bowl is my biggest sports betting day of the year – I typically bet the game and many props, and along with a group of friends place substantial wagers on the game – typically from $500-$1,000.

What are your favorite sport(s) or leagues to bet on? NFL.

What’s your favorite  team? Do you bet on them often or stay away? New York Giants – I almost never bet on/against the Giants, I don’t want to have a conflict in emotions, but also don’t want my fandom to sway my pick.

Where do you make your bets (mobile app/computer/at a sportsbook)? Mostly mobile/computer, occasionally at sportsbook when I’m in [Atlantic City].

How do you handicap games? Combination of analytics such as Football Outsiders, expert analysis from certain analysts I respect, and trying to fade public perception.

What was your biggest sports betting win and biggest loss?

Biggest win: Giants over Patriots, Super Bowl XLII. This is the one exception to my never bet on the Giants mantra. There was no way I was not going to bet the Super Bowl, so I just went for it – if the Giants lost I’d be crushed regardless. But if they won, it would be the greatest fan and gambling moment ever. So I bet on everything Giants – moneyline (win), to cover the 13-point spread (win), to win by 3-7 points (win), the under of about 51.5 (win), MVP Eli [Manning] (win), etc… it was glorious. I think I won nearly $4,000 that night.

[Editor’s note: The Giants beat the Patriots, 17-14, by coming back from a 14-10 deficit with 2:39 to play in what is considered by some to be among the greatest drives in NFL history. The upset was one of the biggest in U.S. pro sports history.]

Biggest loss: Super Bowl 50. I wanted to pick Denver, but a very good friend was a big Carolina Panthers fan and we were watching the game together, so I decided not to be “that guy” and didn’t want to root against him. So of course, I wagered on the Panthers. Not good. Lost probably $1,500 that game.

If you live in a state that now has legal sports betting, how has that changed your interests? I live in NY, but I’m very close to NJ and have many friends and family in Jersey, so I make all my bets when I’m there. It has significantly increased the frequency in which I bet.

In the past, have you used an offshore sportsbook or local bookie? Yes.

What do you make of the expansion of sports betting in the U.S. and recent developments, such as FOX Sports working on its own sportsbook? I am all for the expansion of sports betting – it seems to be rolling out fairly smoothly, and industry experts and established books are leading the charge. I think collaboration between networks and gambling is inevitable, so as long as the lines are fair and the betting process easy, I’m all for it.

Do you gamble in any other way? Such as casino games, lottery? If so, how often? Casino, 1-2 times per year. Usually blackjack or roulette. Lottery very occasionally. Mega or Powerball.

Do you or have you in the past participated in daily fantasy sports? If so, what sport, how often? Yes – more a few years ago, now a few times a year. I feel like my interest has decreased now that sports gambling has been legalized.

Check back tomorrow and next week for more profiles in this series as an accountant, psychologist, television producer and others discuss.