Which Sportsbook Wanted To Offer Betting On The Puppy Bowl?

A deep, super-serious journalistic dive into the depths of sports betting in Colorado

by Jeremy Balan
in Regulation, Sports 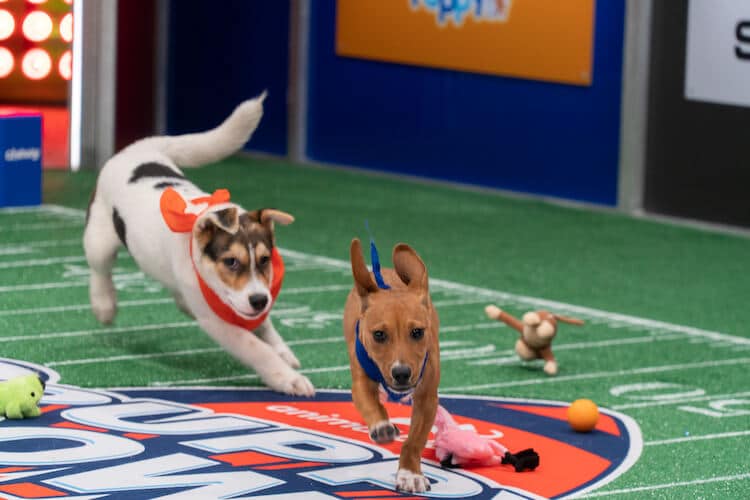 The Colorado Division of Gaming has a large online document that covers its sports betting catalog. It is essentially dozens of spreadsheets that detail exactly what kinds of events sportsbook apps are allowed to offer wagers on in the state.

But the gem of the document is a tab labeled “rejected wagers.”

Among the rejected wagers are borderline celebrity boxing matches, eclectic Super Bowl props that have little or nothing to do with the result of the game (Gatorade color, wardrobe selections, length of the national anthem, etc.), and entertainment awards (no Oscars betting in the Centennial State, I’m afraid).

One entry sticks out on close examination: the Puppy Bowl, Animal Planet’s subversive programing on Super Bowl Sunday (the action starts at 2 p.m. ET). I could tell you something about how popular the Puppy Bowl is, but the way the ratings are described in last year’s press release, it might as well be in hieroglyphics.

A record 103 puppies will feature in this year’s Puppy Bowl to encourage pet adoptions 🐕 pic.twitter.com/fEPmcYp5fg

And yes, before you disparage the puppies, it is football. There are touchdowns, flags are thrown for penalties, there is a winning team (Team Ruff defeated Team Fluff, 73-69, last year), and there is controversy. Jesus, Mary, and Joseph, there are even Puppy Bowl NFTs.

But the fact that the Puppy Bowl was listed under “rejected wagers” means a sportsbook in Colorado had to ask to offer it. This obviously requires the peak of journalistic seriousness and examination. Luckily, I’m a super-serious journalist.

I even reached out to Puppy Bowl broadcast commentators Martha Stewart and Snoop Dogg, who will also serve as coaches this year for Puppy Bowl XVIII. Martha’s representatives gave me hope for a while, only to pull the plug on deadline. I got so close, I could taste her homemade potato gaufrette. I went so far as to text Snoop directly, but he didn’t respond. Rude.

So, I moved on to the Colorado Division of Gaming’s director, Dan Hartman. Why won’t the state allow wagering on the Puppy Bowl?

“They’re extremely susceptible to coercion and being compromised,” Hartman said. “All they need is treats, so we said no.”

I find it offensive to question the integrity of puppies without any evidence, but you do you, Dan.

But I wouldn’t let him sidestep the tough questions with glib remarks. Who asked to offer the Puppy Bowl, Mr. Hartman?

Grab your snacks, the Puppy Bowl is back! pic.twitter.com/jbqcHYEsQf

Likely story. I’ve been stonewalled before, so facing this regulatory roadblock, I did what was necessary. I asked every single online sportsbook that operates in Colorado — did you ask to offer betting on the Puppy Bowl?

It’s safe to say many sportsbook directors and public-relations representatives did not find the question to be very humorous or compelling. Most poor PR souls tasked with taking this question to their superiors responded with something to the effect of, “Uh, OK. I’ll ask, I guess.” One said, “Sounds like something Barstool would do.” Shot fired.

When asked if they wanted to offer Puppy Bowl betting, the big guys quickly denied. Johnny Avello at DraftKings said, “No. I don’t believe so.” FanDuel’s John Sheeran said, “Absolutely not. I don’t even know what that is.” There’s a possibility many of these people will never take me seriously again, but these are the lengths I will go to in order to uncover the truth.

Some didn’t confirm or deny. Caesars PR man Jim Carr said, “I have no idea. I kinda doubt it. I don’t even know if it’s legal anywhere.” Patrick Eichner, who handles communications at PointsBet, said, “I have no idea. What could you even bet on?” Don’t play coy with me, Eichner. You would bet on the Puppy Bowl.

How would someone bet on the Puppy Bowl?

There was a point spread, a moneyline, and even props, including a few that are … icky, to say the least. One asked if Michael Vick would tweet about the Puppy Bowl. That inspired me to search “Michael Vick Puppy Bowl” on Twitter, and I do not recommend it. Another offered whether the MVP would be a purebred or a mix. Imagine a prop that was related to the race of the Super Bowl MVP. Have you no shame?

But if you want to do some scouting, take a look at the video below, or check out the player profiles. One is named Odell Barkham. Adorbs.

There were also somewhat hostile responses

All right. Back to the matter at hand. Some of the responses from sportsbooks in Colorado were borderline snippy.

“No. That is ridiculous,” shot back Nick Epstein, the sportsbook manager at Monarch Casino in Blackhawk, when asked if he was the one who asked to offer wagering on the Puppy Bowl. “Monarch Blackhawk would never have anything to do with that.”

“Please,” replied SuperBook’s Jay Kornegay. “We’re the ones that are fighting for those ridiculous things not to be offered.”

Jay must be a cat person.

Brian Bennett, the chief operating officer at Betfred USA, used ALL CAPS for emphasis in an email, but at least gave me some encouragement.

“It definitely WAS NOT us. I would be equally interested in who would request that. Good luck with the sleuthing,” he said.

As the days wore on, Circa, Betway, TwinSpires, and Tipico were added to the list of denials. I never got definitive responses from BetRivers, FOX Bet, SBK, theScore, PlayUp, Barstool, WynnBET, or Bally Bet.

There was also the curious case of Play Maverick, operated by Maverick Gaming, which also runs casinos in Colorado. I called their Z Casino in Blackhawk, and a customer service representative said, “Nobody works in the sportsbook.”

“Unfortunately there’s nobody manning it,” she said.

As tempting as it was to get distracted with that factoid, I don’t have time to worry about why there is an unmanned sportsbook out there in Colorado. We’re dealing with matters of utmost importance here.

A break in the case

Similar to Z Casino, there are online sportsbooks in Colorado that appear to be operated by no one at all or non-sentient beings. Good luck finding anyone with a pulse at SI Sportsbook or Elite Sportsbook, which has a customer service phone line that blares stock rock music, between interludes of extreme static, that is marginally better than the average Nickelback song. For what it’s worth, PlayUp had the best hold music. Can’t go wrong with jazz standards.

Among several online chat discussions with what I assumed were bots, there was BetWildwood, which had a customer service phone line that didn’t work. The BetWildwood chat has a pleasant chime when a response comes in, but I wasn’t getting anywhere, so I moved on. I eventually found out ISI Race and Sports runs the BetWildwood site, so I called over there. A nice fellow named Julio Castillo, an IT customer service manager at ISI, answered the phone and told me he was the one chatting with me online, too. But alas, ISI did not ask to offer betting on the Puppy Bowl.

“That would not be us,” Castillo said. “That’s definitely something I would know about.”

I hung up. Another discouraging result. I may never find out the truth.

But then, like a dispatch of the gambling gods from Mount Olympus — or in this case, Mount Elbert? — that warm, welcoming chime rang into my ears. I had not closed the chat window with Castillo, so he sent another response.

“Some internal information told me it was MGM who requested it, and it was declined because of ‘integrity.’ Thank you very much for your questions. Have a great day!”

A great day it was.

According to Elisa Richardson, who handles PR for BetMGM, the operator did not ask to offer Puppy Bowl betting.

Is BetMGM embarrassed and doesn’t want to admit its Puppy Bowl boondoggle? Was that pleasant, seemingly helpful man at ISI and on the chat trying to lead me off the scent? Was he pulling my leg? Was I chasing my tail? Does he have an ax to grind with MGM? Could this all be part of a grand conspiracy to hide the truth? Is he Hydra? Sorry, I just watched an Avengers movie with my kid.

We may never know.

The truth was out there

Late in the search, I called Doug Terfehr, the vice president of brand marketing at MaximBet. He confirmed it. MaximBet was the sportsbook that asked to offer betting on the Puppy Bowl. There wasn’t much drama or flair.

“It was a quick no,” Terfehr said of the Division of Gaming’s response to MaximBet’s request.

“We regularly look for and release outside-the-box ideas that bring more fun and entertainment to any event,” Terfehr added. “We are a lifestyle sports betting brand, and sports fans in the U.S. really like the recreational side of these props, as evident by the annual interest in the unique props around Super Bowl.”

Oh. Probably should have just asked them first.

But seriously, adopt a dog, please

Until we can bet on it, the whole point of the Puppy Bowl, other than dispensing unmitigated joy to the masses, is to encourage people to adopt puppies and adult dogs (and cats, if you’re so inclined, Jay Kornegay).

The Puppy Bowl adopt page isn’t much help right now, which is unfortunate, but local animal shelters would be happy to walk you through the process. Just do a Google search, or you can find a local spot through the ASPCA at this link.

This adopted mutt thanks you.

The best dog ever is 11 years old today pic.twitter.com/0r2iHbU3EA 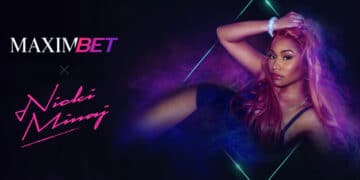