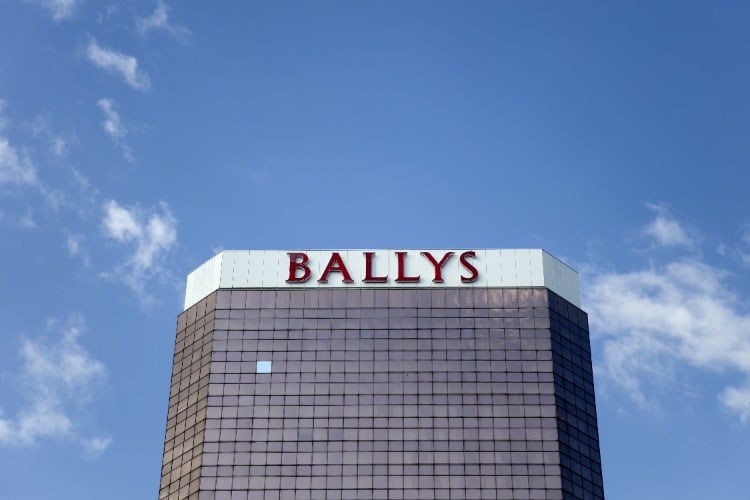 Disparate factors from soaring customer acquisition costs to skepticism from institutional investors on the long-term viability of industry heavyweights has led to a considerable sell-off in sports betting stocks, pushing top names to near 12-month lows.

On Tuesday, Soo Kim decided the timing was apt to make a power play for Bally’s Corp., where he is presently chairman. Kim, managing partner of Standard General LP, the largest shareholder of Bally’s, made an offer to purchase the remaining shares of Bally’s in a takeover attempt that values the company at approximately $2 billion.

Under the proposal, Standard General offered to acquire all of the outstanding shares of common stock of Bally’s that it did not already own for $38 a share, representing a 30% premium from Monday’s closing price. Bally’s surged on the news in Tuesday’s session, jumping 22% to close at $35.85.

Operator of casinos Bally's Corp is seeing its stock surge due to a juicy buyout offer on the table from hedge fund Standard General $BALY https://t.co/qgZ5MBfQC7 pic.twitter.com/3u3OJ52BDR

As sports betting companies and technology stocks in general have experienced a pullback amid a historic period of inflation, Bally’s traded on Monday down 65% from last March’s high of $75 a share. Standard General, a Manhattan-based hedge fund, owns more than 20% of the outstanding shares in Bally’s, according to an SEC filing.

The proposal leaves Bally’s shareholders at a crossroads. Kim, who has served as the company’s chairman since 2019, possesses a sharp business acumen and recognizes the enormous cross-selling opportunities presented by sports betting. At the same time, there isn’t a major sports betting operator in North America that is owned in full by a hedge fund. Bally’s has a presence in 17 states nationwide, but its Bally Bet online sports betting site is operational in just four: Colorado, Indiana, Iowa, and Virginia.

“Our proposed transaction would allow the Company’s stockholders to immediately realize an attractive value, in cash, for their investment and provides stockholders certainty of value for their shares, especially when viewed against the operational risks inherent in the Company’s business and the market risks inherent in remaining a public company,” Standard General wrote in a letter to the Bally’s Board of Directors.

A ‘bloodbath’ of earnings

Tune into an NFL playoff game on a TV set in New York and you’ll receive a front-row seat for the intense promotional wars between participating sportsbooks. Game broadcasts, afternoon sports programming on ESPN, and sports talk shows on WFAN in New York are inundated with sports betting commercials, as the operators engage in a cutthroat battle for the bettor’s dollar.

While describing the rationale for making the offer, Kim told a CNBC interviewer Tuesday that he is concerned that some operators are “being too promotional” with their spending habits in the race to acquire customers. Kim addressed the same topic with Sports Handle at last month’s SBC North America Conference when he described the escalating customer acquisition costs as simply “insane.” When asked if the metric in New York could fall somewhere between $1,000 and $2,000 per customer, Kim responded, “Oh, I hope not, I hope it is much less.”

Bally's chairman says he wants to be buyer – not a seller and told me nervous shareholders should have a choice. Soo Kim says he believes in $BALY – https://t.co/P7UvA8f24b

Though some sportsbooks claim they will become profitable in New York over the next two to three years, Kim foresees an environment where it will be challenging to make money. The high customer acquisition costs in New York and other top markets may contribute to a “bloodbath of earnings,” he told CNBC. With Bally’s trading below $40 a share, the timing could be right for Standard General’s bid to take Bally’s private. At such levels, Kim is acutely aware that Bally’s may be ripe as an acquisition target for an outside company. Still, he appears ready for a fight.

When contacted by Sports Handle on Tuesday, a Bally’s spokesperson declined to comment.

As expected, a bevy of Wall Street analysts weighed in on the proposal. Barry Jonas, a gaming analyst at Truist Securities, referred in a research note to the offer being an “opportunistic move” by Standard General as the market continues to re-rate lower.

Another analyst, Macquarie Research’s Jordan Bender, believes the $38 per share offer could be a starting point for negotiations, with the expectation the price could move higher. Bally’s management, Bender writes, has also developed one of the most comprehensive sports betting and iGaming strategies buttressed by the following pillars:

Kim envisions a next-generation “3.0 version of sports betting,” focused on interactive experiences for viewers. He points to micro betting opportunities, such as wagers on the number of 3-pointers drained by Kevin Durant or the distance on an Aaron Judge home run, as potential bet types that could be offered through Bally’s media assets.

“Given the fact that we have relationships with these major sports providers and have the exclusive rights to integrate these sports, I think it’s ours to mess up here,” Kim told Sports Handle in an interview last September. “We just have to execute.”

No rush for New York debut

Kim also disclosed on Tuesday that the Bally’s New York sports betting launch is not imminent, telling CNBC that the company is now targeting sometime in April.

“If you are Bally’s, I would imagine you want to ensure the smoothest and most effective rollout you can,” BallStreet Trading CEO Scott San Emeterio told Sports Handle. “If they are missing the Super Bowl, I don’t know that there is any immediate urgency until March Madness at best.”

While you were focused on probably the greatest quartet of #NFL Divisional Round games ever, legal New York sportsbooks probably cleared $1B in wagers in the first month.

Regardless of the Bally’s outcome, San Emeterio indicated that he would not be surprised to see a sprinkling of institutional money to gain exposure to the sports betting space over the long term. With the market trading like it is, there is enough incentive for fund managers to consider the space, he added, pointing to cross-selling opportunities for sports betting with iGaming.

In Wednesday afternoon’s session, Bally’s traded as high as $36.97 per share, up 3% on the day. Despite the recent pullback, Bally’s at current levels still trades at a discount to peers on a trailing price-to-earnings basis, Danzig noted.

In the event that a special committee does not approve the proposed takeover, Standard General intends to remain as a long-term Bally’s shareholder, according to the letter to the board.