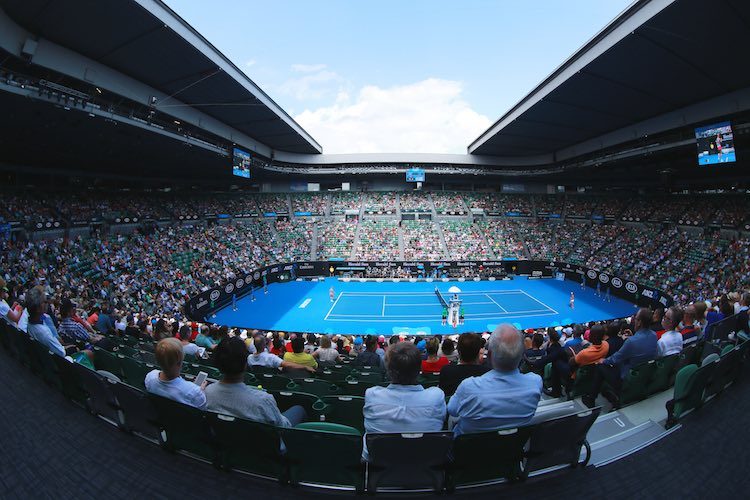 Buried in an 18-page sports betting bill that passed last month in the New York Senate is an anti-courtsiding provision that gives venues the authority to remove spectators that violate a broad range of code of conduct standards.

On one end, proponents of the measure claim it provides leagues with the safeguards necessary to maintain the integrity of their sports as gambling becomes woven, legally, into the fabric of professional and collegiate athletics nationwide. On the other, detractors may argue that such language amounts to a “backstop” in lieu of a statutory mandate that requires sportsbook operators to use “official league data” for determining the outcome of certain in-game wagers.

While the legislation effectively died in the New York legislature after the Assembly opted not to call a vote on a parallel bill, anti-courtsiding efforts could pick up in the coming months as the debate on official data intensifies.

(d) (i) Persons who present sporting contests shall have authority to remove spectators and others from any facility for violation any applicable codes of conduct, and to deny persons access to all facilities they control, to revoke season tickets or comparable licenses, and to share information about such persons with others who present sporting contests and with the appropriate jurisdictions’ law enforcement authorities.

Although courtsiding occurs regularly in a number of professional sports worldwide, the activity has been most prevalent in tennis where the dissemination of live data from the stands has become an art form. The term courtsiding, according to the Tennis Integrity Unit, occurs when a person tries to “establish a time advantage,” by capitalizing on a discrepancy in the betting odds from a market that has “yet to digest the data.” A courtsider or an “unauthorized data scout” engages in the practice by using mobile technology to send out data to a third-party instantaneously.

For in-play markets, the slightest nanosecond is critical when a betting syndicate tries to outfox a sportsbook offering an expansive menu of in-game lines.

A look at #courtsiding: Inside the Shadowy World of High-Speed Tennis Betting http://t.co/51CyMQdjkk via @fivethirtyeight

Take last month’s French Open semifinal between Rafael Nadal and Roger Federer, for instance. Nadal holds a break point at 1-0 in the first set when Federer’s backhand pass lands into the bottom of the net. A scout inside the stadium presses a button on a mobile device signifying that Nadal has won the point and the game. Based on the information transmitted by the courtsider, a syndicate can lock in a wager on Nadal to win the game, the set and the match before the odds are updated.

As courtsiding proliferates, venues have attempted to combat the practice by enacting ticketing protocols that threaten violators with expulsion from the grounds. At the 2016 U.S. Open, 20 courtsiders were ejected from the tournament, according to the New York Times, each of whom received a 20-year ban from the United States Tennis Association (USTA). During the 2017 Open, an Estonian man was arrested for trespassing for returning to the tournament one year after his ejection for courtsiding.

Man removed from US Open for courtsiding: https://t.co/n8B4pYzRs5

While most jurisdictions around the world have yet to criminalize courtsiding, the subject continues to be examined by policymakers considering the legalization of sports betting in their respective states. New York State Senator Joseph Addabbo Jr. phased in an anti-courtsiding provision into his bill S17 D, after adding an amendment on in-stadium betting late in this spring’s legislative session. A similar measure is being considered in Michigan, where legislators are refining a bill ahead of a July 11 deadline for stakeholder feedback.

There are numerous factors to take into account when determining the legality of transmitting data from live sporting events for gambling purposes.

“Recent lobbying efforts to statutorily ban information and news from being disseminated on-site is a back-up plan of sorts in the event the so-called ‘data mandates’ are not enacted or enforceable,” said Ryan Rodenberg, an associate professor at Florida State University. “There is a long history of Supreme Court rulings finding that news-gathering is protected under the First Amendment.”

One issue to consider, especially if statutory mandates are being proposed for live data dissemination, is the extent to which a stadium depends on public financing during the construction process. The USTA financed the $500 mm Louis Armstrong Stadium, which opened last summer on the grounds of the U.S. Open, entirely with private funds. By comparison, the Little Caesars Arena, home to the Detroit Pistons and Detroit Red Wings, received approximately $538.8 mm in private financing, representing more than 60 percent of the cost of the overall project.

So, what if a spectator is actually removed from the stadium or arena for disseminating real-time sports data for business or gambling purposes? What type of legal recourse do they have to challenge their removal from the sporting contest?

“There are at least two factors that will likely be considered if a spectator is forcibly removed
from a sporting event for peaceably disseminating news and information about a sports contests,”
Rodenberg said. “The first factor is whether duly-authorized law enforcement officers were present. The second factor is whether the sports facility is publicly-owned or private property.”

But Addabbo, who serves as chairman of the Senate’s Racing, Gaming and Wagering Committee, sees little distinction between instances where courtsiding occurs in a private facility versus a stadium built with public dollars. The anti-courtsiding language, he noted, was constructed with the intent of safeguarding athletes and maintaining the integrity of the athletic events.

“I am less concerned where it takes place, I’m more concerned if it is taking place at all,” Addabbo told Sports Handle.

Outside of the U.S., data scraping is rife at professional sporting events in mature betting markets, most notably the English Premier League. There are indications that some top leagues in Europe are ready to implement enhanced security measures such as facial recognition surveillance to spot data scouts. As top U.S. sports leagues continue to align with third-party data distributors, coordinated sweeps focused on removing the scouts from inside a venue could be more common.

After the stalemate in New York, Michigan now becomes the first potential state that could legalize sports betting with a provision on anti-courtsiding. A section in a draft of a sports betting bill circulating in Michigan allows licensees to use any source to determine the outcome of a sports wager as long as the data is not provided by an attendee who gathers the data “in violation of the terms of admittance to an event.”

While the ATP does not hold a major event in Michigan on its tournament calendar, Little Caesars Arena will host a subregional at the NCAA Men’s Division I basketball tournament in 2020. Last week, a report surfaced that the ATP is close to securing a data partnership with IMG that could amount to the largest media rights deal in the history of professional tennis.