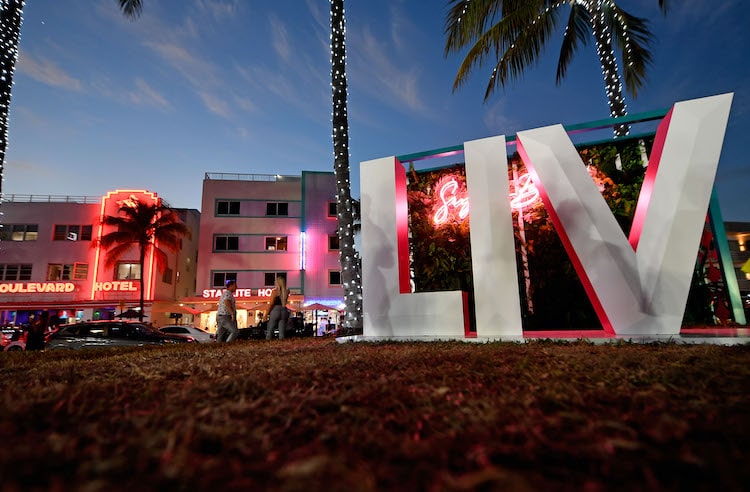 As legal sports wagering expands across the country at a rapid pace, millions of new bettors have been introduced to the expansive prop menus offered by top sportsbooks on Super Bowl Sunday (also known as the “Big Game.”)

Ticket writers have dealt with the prop frenzy throughout the week as kickoff for Super Bowl LIV approaches. Interest in props has skyrocketed since William “Refrigerator,” Perry’s infamous 1-yard plunge in Super Bowl XX, more than 30 years ago. Although several Vegas books took a bath on the bet, priced between 40/1 and 60/1, the prop created a new market that has become a staple of Super Bowl betting.

At some Las Vegas sportsbooks, prop wagering could represent somewhere in the range of 40% to 50% of their Super Bowl handle this year. The percentage has grown exponentially in recent years as books such as Sunset Station in Henderson, Nev. have created dozens of new props to meet public demand.

While bettors still have strong interest in betting on the odds of the NFL game, a litany of books are doing more to whet the appetite of the betters by offering hundreds of props ahead of the game. Earlier this week, the Westgate Superbook released a 37-page list of props while William Hill US began to accept a plethora of cross-sport bets centered around the Super Bowl. In total, William Hill has over 900 wagers available for the event.

Will Zion Williamson’s point total against the Houston Rockets eclipse Raheem Mostert’s rushing attempts (-0.5 carries) on Sunday? William Hill has a prop for that. William Hill is also offering a prop of if the total corners in Sunday’s tilt between Manchester City and Tottenham (-125) will exceed the number of first-quarter points (+105) in the Super Bowl.

The #SuperBowl coin toss prop is one of the most popular wagers. Smart bet? We break down that #NoveltyProp plus provide two other juicy wagers. #SuperBowlLIV #SB54https://t.co/jDwPmbxY9f pic.twitter.com/hxMJuFnX4K

On Wednesday, a bettor at PointsBet USA Sportsbook made at $2,000 wager on tails (-102), a PointsBet spokesman told Sports Handle. As of Thursday morning, bettors selected tails on approximately 52% of all tickets comprising about 68% of the coin toss handle, he added. Tails never fails?!

Without further ado, here’s our selections of props to consider for Sunday’s big game.

When it comes to Super Bowl prop bets, recreational bettors are drawn to the more exotic ones or those with potentially big payoffs. Sharp bettors are more inclined to use an unsexy but solid favorite with a tried-and-true history.

And that brings us to the 1-yard run or pass as the game’s shortest TD. It’s been a longtime staple on the prop bet sheets of Nevada sportsbooks, and thankfully, online operators are also offering it. A profit-making bettor I know lays the money on this every year, finding it worth the big juice no matter who’s playing. End zone pass interference penalties are a big help. (You can go the other way, for +130, betting the shortest TD will be over 1.5 yards.)

I went Googling to find the recent track record in Super Bowls, only to realize that Sports Illustrated had already done the work. Its online site also recommended the bet while noting under-1.5 paid off in five of the last seven Super Bowls and the short score occurred in 32 of 53 overall. A 1-yard TD was also scored this season in 14 of the 49ers games and 13 of the Chiefs’ contests.

I have two prop bets I like for Sunday. One is rather straight-forward and is a longshot wager with a hefty payout. The other is a bit more complicated but is a chalky favorite. So, there’s a little something for everyone here.

George Kittle for MVP, +2200 at PointsBet

The best return I’ve ever gotten on a sports bet was nailing last year’s Super Bowl MVP Julian Edelman — I got him early at 50/1, a ridiculous price that was about double where he closed at most books. And I see good value in another pass catcher this year.

Niners tight end Kittle is about +1600 or +1700 at most books, and frankly, there’s value at that price. But PointsBet, which currently operates in New Jersey and Iowa, has an irresistible outlier price of +2200 on possibly the best tight end in football.

Because Kittle had an extremely quiet NFC Championship game — one target, one catch for 19 yards — he’s being slightly undervalued here. But he averaged more than 75 receiving yards per game during the regular season, and he’s going against a Chiefs defense that was targeted by tight ends the second-most of any D in the NFL.

If the Chiefs win, Patrick Mahomes is a huge favorite to capture the MVP award. But on the San Francisco side of the ball, it’s much more wide open. We know they can win without big numbers from Jimmy Garoppolo. The running-back-by-committee approach means it’s possible none of their talented rushers will stand out. Is it at all hard to envision a stat line of 7-90-2 for Kittle? Or him breaking off a 60-yard catch-and-run for a score that stands out as the highlight of the game as he posts a 6-110-1 line?

The point is, there are plenty of paths to Kittle becoming the first tight end ever to win the MVP award — far more than there should be for a 22/1 longshot.

This prop is considerably more creative than just identifying the game’s MVP. And there’s juice on the under for a reason. Among the 15 individual players considered most likely to score a TD, only four have jersey numbers higher than 26.

On the Chiefs, Mahomes, Damien Williams, Tyreek Hill, Mecole Hardman, DeMarcus Robinson, and Sammy Watkins are all unders. The only chalky over is Travis Kelce.

On the 49ers, the unders include: Jimmy Garoppolo, Matt Breida, Tevin Coleman, Deebo Samuel, and Emanuel Sanders. The overs are Raheem Mostert, Kittle, and Kendrick Bourne.

Both starting tight ends are a bit scary, and Mostert could certainly bust up this bet. Plus there’s always the chance of a fluky defensive first score. But the numbers strongly favor all those 26-and-under options. If you check FanDuel Sportsbook, this same bet has -155 juice. At -143 on DK, it’s a great play.

Total touchdown jersey numbers, Over 255/Under 235 at PointsBet

When placing a pointsbetting wager with the Australian sportsbook, now live in multiple U.S. states, one play could be the difference between an exhilarating win and a crushing defeat.

A unique wager on Sunday will have bettors crunching the numbers throughout Super Bowl LIV. The wager asks bettors to predict the sum of the jersey numbers of every player to score a touchdown during the game. If Kelce sets a Super Bowl record for touchdowns in a game by a tight end with three, you will receive 261 points (Kelce’s jersey number of 87 times 3), not 87.

The Chiefs high-octane offense has already scored 12 touchdowns in two playoffs games. Five more in the Super Bowl might clinch an easy victory for bettors of the over (255 points). Powered by three touchdowns from Kelce and Damien Williams in a 51-31 win against the Texans, Kansas City produced 420 jersey points alone. PointsBet does not allow customers to take the middle.

San Francisco, meanwhile, has scored at least 24 points in 14 of 18 contests this season. Two of the Niners’ main receiving threats, Kittle and Bourne, both wear jerseys in the 80s. For backers of the over, there is still cause for concern. Each team has a host of players with jersey numbers under 35 (Hill, Watkins and Williams for the Chiefs and Mostert, Sanders and Samuel for the Niners).

If Mahomes opts to target Hill in the end zone instead of Kelce, the under of 235 could hit. But if the teams combined for at least 60 points on eight touchdowns, the over may prevail regardless. At one dollar a point, it’s worth a shot.

I think I bet this one pretty much every year at somewhere between -120 and -140. As you would expect, players start out with some jitters in the Super Bowl. There’s over 250 million eyeballs on the players. Coaches generally script lower-risk plays to get offenses comfortable and in a rhythm. In other words, less explosive.

And at halftime, teams make adjustments, often one squad is a good clip behind and needs to push the pace or take a big risk– which can lead to a score or a turnover and a short field. I think you catch my drift.

Just got back from him hearing him on WFAN saying, he’ll “need to utilize my legs,” scramble inside the pocket. I’m pretty sure in the final game of the season, he’ll be willing to run whenever there’s an open lane and not a man free down the field. I was able to get this at FanDuel early in the week at o29.5. Last I checked it was at 30.5 at most shops.

These are not exactly EV+ plays, but, it’s the Super Bowl, it’s fun and sometimes they hit. These are my plays for first score at one unit apiece, a combination of reality and dream:

Tyreek Hill for MVP, +2000 at DraftKings

Although I don’t necessarily expect the Chiefs to win the Super Bowl, I can’t resist what looks to me like a value play on that side.

It’s taken almost as a given that Mahomes will capture MVP if the Chiefs win, and I agree – with one tantalizing and possible exception.

That is dynamic receiver Tyreek Hill at +2000. If the Chiefs trail early, but Hill returns a kickoff or punt for a TD, then scores another or two in dramatic, elusive fashion, he could solidify his chances. I can’t say that it’s likely, because Hill could be the leading receiver and Mahomes still is the favorite.

When looking at straight win bets, it is more likely to me that the 49ers win the game – and by shutting down the Chiefs’ offense to a certain extent. The 49ers’ defense is absolutely elite, allowing more than 27 points only twice all season. That’s the formula for their claim to the Vince Lombardi Trophy.

So with that storyline, 49ers’ moneyline AND Under 54 1/2 points looks appealing at +270. I always say I hate parlays, so let’s see if this one changes my mind.

We know with complete certainty that at least TWO players will throw passes, so I can win this one with, for example:

Consider this: the over has hit in four of the last six Super Bowls. Besides the Philly Special, both Julian Edelman and Ted Ginn Jr. tossed incompletions on receiver options. At Super Bowl XLVIII, Seahawks backup Tavaris Jackson received mop-up duty in the waning minutes of a blowout 43-8 victory.