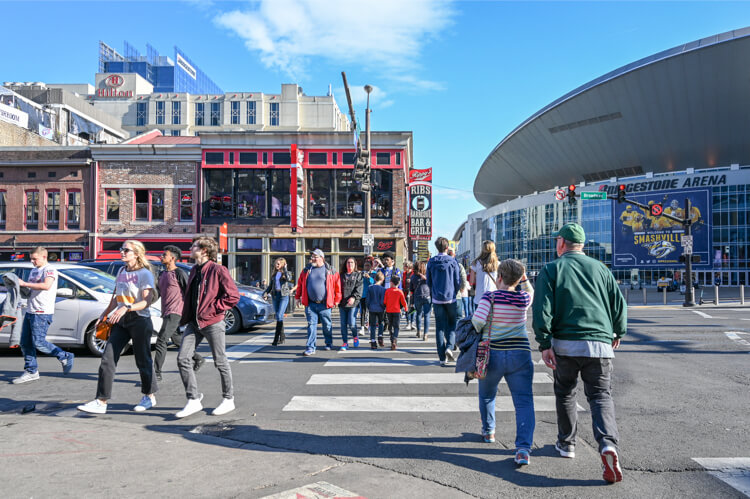 If the SuperBook Sportsbook were a racehorse, it would be a deep closer, hoping for a hot pace that it can run into and passing the leaders as they lose their early steam.

“We view it as more a marathon than a sprint,” Jay Kornegay, the Westgate SuperBook’s longtime vice president of race and sportsbook operations, said of his employer’s post-PASPA expansion plans. “We want to be selective of what states or jurisdictions make sense. We started very slow, but here we are in five states and looking to add others later this year and more than a handful after 2022.”

In late April, SuperBook launched its mobile app in Tennessee, joining Nevada, Colorado, New Jersey, and Arizona as states in which the sportsbook had gone live. For a brand that’s perhaps best known for boasting one of the two largest brick-and-mortar sportsbooks (along with Circa) in Las Vegas, bringing its sports betting product to one of the few states with an all-mobile format is a sign of how SuperBook’s thinking has evolved since PASPA’s repeal almost exactly four years ago.

“I don’t quite remember the moment it happened, but I do remember discussing it with other executives internally and around town,” said Kornegay of the run-up to the U.S. Supreme Court’s landmark ruling, which legalized sports betting outside of Nevada. “We thought it was kind of a 50/50 chance that it would be overturned. Being in Las Vegas and having a monopoly on sports betting, many considered it a threat to that monopoly. We viewed it as an opportunity to expand the SuperBook brand, which is exactly what we’ve done.”

New York ‘a hard pass’ at this point

The calculus for the SuperBook’s entry into Tennessee was simple.

“When you first think of Tennessee, you think of very true, loyal fans,” said Kornegay. “That encompasses both the college market and the pro market. Additionally, it was a solid financial proposition from the state. It didn’t have an expensive entry fee [and it had] very reasonable tax rates and regulations.”

When discussing SuperBook’s expansion strategy and how it differs from some of its rivals, Kornegay reiterated these fiscal considerations, adding, “We’re gonna be in Ohio, Iowa, and Maryland. We have a handful after that that I can’t disclose at this time. I’m never gonna say never in a state, but I find it hard to believe we’re gonna be in New York. Currently, I’d say it’s a hard pass.”

The SuperBook launched in New Jersey — the first state to implement sports betting after PASPA was repealed — in August of 2021, and Kornegay admitted that it’s been a struggle playing catch-up there.

“We entered that jurisdiction a little late. The saturation was already there and that has been a bigger challenge for us,” he said.

But in Arizona, where the SuperBook went live in December of 2021, Kornegay said his sportsbook’s “early entry has paid dividends.”

As for Tennesseans who are thinking of giving the SuperBook’s app a try, there are a plethora of sportsbook bonuses to attract bettors.

“We’ll be running a new player bonus that’s a little different than the one-time, risk-free bet,” said Kornegay. “We wanted to give players the opportunity to know our site, so the way we set up ours is players can make multiple wagers using their promo dollars instead of one and done. We have a local teams section we like to concentrate on. We’ll also offer a lot of boosts surrounding their local teams.

“Having a brand and a great history being a longtime Vegas operator is certainly an advantage. If you’ve ever been out here, it’s one of a kind. We’ve been doing this longer than most and have a great feel for what a true sportsbook experience should be, whether it’s in person or online.”

Yet even as it launches in a state with no physical sportsbooks, the specter of the SuperBook’s enormous retail operation at the Westgate looms large. Which brings the question: Will the grand Vegas dame ever spawn any similarly imposing offspring?

“I’d like to see someone give us 30,000 square feet. That would be fantastic, but unlikely,” said Kornegay, chuckling under his breath. “However, we are going to explore options and what fits in any particular market. Our goal is to become the local book, which might not necessarily be one single onsite book, but partnering up in places we know are great for the fans and community. And I think Tennessee is primed for that.”