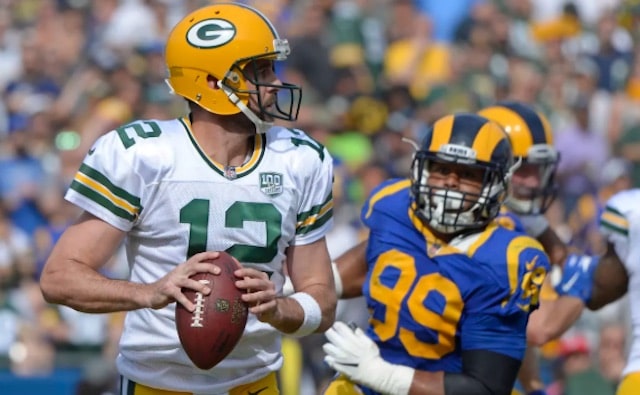 Westgate Las Vegas Supercontest players in NFL Week 8 turned in a season-high performance, averaging 3.04 points with nearly 10 percent of the field scoring a perfect 5-0.  A total of 270 of the 3,123-entrant field notched 5 points as the top six most popular sides covered the spread this week.

Los Angeles Rams running back Todd Gurley’s wise football decision to hit the ground and kill the clock rather than cruise into the end zone against the Packers, while leading 29-27 in the waning seconds, had no impact on the 9.5-point SuperContest spread. Even if Gurley had punched it in, the Rams would have kicked the extra point, making the margin 9 at most.

And the Packers +9.5 coming off their bye at the undefeated Rams was the most popular side, by the way. Nearly 40 percent of the pool put their faith in Aaron Rodgers in a spot where his Packers were the biggest point-spread underdog in his career. Here’s the Week 8 sports betting snapshot, then we’ll dig into more of the key decisions this week.

By way of background, Week 8 marks the first this season that the players cracked 3 points ona verage. The previous high was Week 7’s 2.82, with the season low occurring in a dismal Week 2 when players collected just 1.93 points on average.

Here you see the full top six consensus picks this week — all wins (figures via FantasySuperContest):

Not until the seventh most popular pick is there a loss — the Minnesota Vikings PK hosting the contender-turned-juggernaut New Orleans Saints. The game turned on a fumble by Vikings star WR Adam Thielen in the second quarter, which the Saints returned to the Vikings’ 18 and scored a touchdown two plays later.

The award for the rollercoaster miracle cover of the week goes to the Tampa Bay Buccaneers, mired not in a QB controversy but some kind of QB hot potato. Former No. 1 overall pick Jameis Winston got benched after throwing four interceptions in favor of Ryan “Fitzmagic” Fitzpatrick, who completed 11-of-15 for 194 yards and two TDs as Tampa Bay +4.5 rallied back from a 34-16 deficit to tie the game with a minute left.

The Bucs lost on a Randy Bullock field goal as time expired, but that’s a trip to Cover City courtesy Fitzpatrick. The Bengals given and taketh: they were also responsible for the Week 5 comeback from 17 down en route to 27 unanswered points against Miami in a 27-17, spread-covering victory.

On the SuperContest leaderboard… there’s a pair of new sheriffs in town as PERSONAL GOURMET and PIGSKIN JUNKIES jumped into a tie for first place with 5-0 weeks apiece for to climb to 32-8 overall records. That’s a 80 percent hit rate, or about 8-10 percent higher than what it usually takes to win first place. Get your picks in and giddy’up, somehow it’s already Week 9. 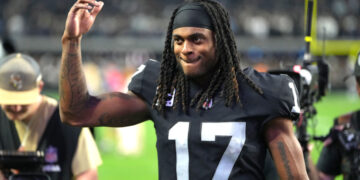 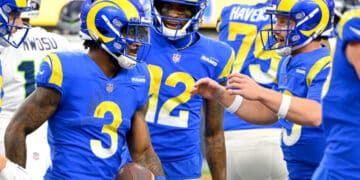