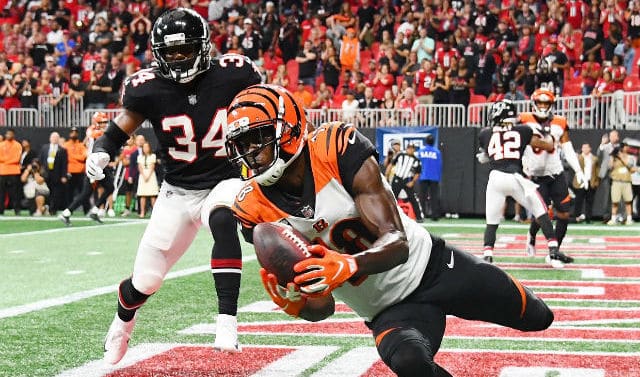 Overall in NFL Week 4, contestants in the $1,500 entry Westgate Las Vegas SuperContest nearly matched to the decimal their performances in Weeks 1 and 3, when they scored an average 2.70 and 2.77 points respectively.

Players in the 3,120 field competing for a (roughly) $1.5 million top prize collected an average 2.76 points this week (figures via FantasySuperContest) as the top five consensus picks went 3-2 — the fifth most popular selection being Colts -1 vs. Texans in what was nearly a miraculous Colts overtime cover.

At the top of the leaderboard, players ranked 14 and up are all hitting at 80 percent or better, with the leader SHABOOM at 17-3 (85 percent). Very impressive but regression is coming, as previous first-place winners settled around 70 percent

Here’s the weekly snapshot, then we’ll dig into the consensus picks and a bit more below: 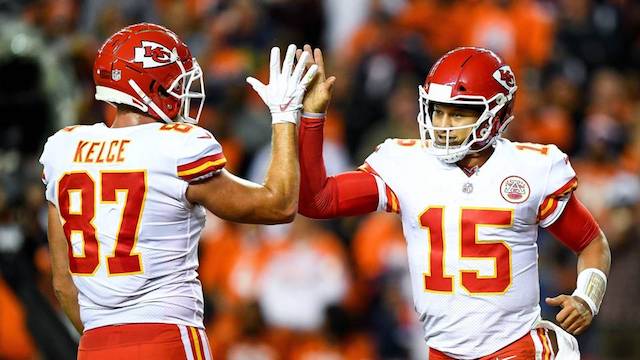 Let’s start with the number one consensus pick — the Oakland Raiders favored by 2.5 over the visiting Cleveland Browns, which once again Brownsed — finding a way to lose a game they were positioned to win and should have won (14 point second half lead, allowed a 2 point conversion at the end of regulation, extending the game into overtime). Although Cleveland is 3-1 ATS this year after a 4-12 ATS campaign in ’17.

The Raiders closed at 3 points at many sportsbooks, so SuperContest players were also fortunate to have the 2.5, allowing a cover nota push. Raiders kicker Matt McCrane (in his NFL debut) booted a game winning field goal for the 45-42 victory late in overtime.

These were the most popular selections of Week 4:

The Bengals game was a defenseless 37-36 shootout in Atlanta where Cincinnati prevailed against a Falcons defense decimated by injuries. The game closed with the Bengals just a 3.5-point ‘dog, so players were again fortunate to have the benefit of the early line of +5. The Falcons led late 36-31 Falcons, looking like it might hold, until Bengals QB Andy Dalton nailed A.J. Green on a pass from the 20-yard line after Green split the corner and safety and found way too much space for the game winning touchdown with just 7 seconds left:

ANDY DALTON'S GAME WINNING TOUCHDOWN PASS TO A.J. GREEN IS EVEN BETTER WITH TITANIC MUSIC!!! BENGALS GET TO 3-1!!!

That Monday Night Football game between the Chiefs and Broncos saw some lopsided betting splits — depending on the book and jurisdiction! The FanDuel figures represent largely New Jersey bettors (and some West Virginians and Mississippians). Different story in Nevada, where MGM needed and got the Chiefs cover on a Kareem Hunt rushing touchdown with 1:39 left in regulation, taking a 27-23 lead.

Chiefs (-3.5, 53) at Broncos: 3.5 times more bets on KC, but 3.5 times as much money has been wagered on Denver @MGMRaceSports, including at least one six-figure bet on the Broncos at +4.5. "We need the Chiefs, which, at this point, is a pretty big decision for us."

For SuperContest purposes, Broncos backers were safe and sweat-free on that final drive, thanks to the early +5 line, before the Broncos home dog money showed

As for the Giants… sigh, I’m a Giants fan. Poor offensive line play and an inability to run block or stop the run on defense (among a few other things) is dooming this team. The spot looked good for Big Blue as a home dog, alas…  They’re now 1-3 against the spread and probably won’t appear as a consensus pick again after getting shredded 33-18.

Colts backers had to witness a horror show with two turnovers deep in their own zone early in the game, allowing a fumble recovery touchdown in the first quarter, then a JJ Watt strip sack of Andrew Luck giving Houston possession at the 8-yard line for an easy score two plays later, digging a 21-7 hole.

A shootout ensued and late in overtime Andrew Luck failed to convert on fourth down near midfield, leading to last second Texans field goal. But the Colts failure to convert ended their chances, anyways, because they needed a win to cover.

Last, let’s give a shoutout to contestant BIHB — the early SuperContest anchor with a dismal 3-17 record, a full half-game behind the nearest cellar dwellars. Can’t do worse — meaning it’s time to just do the opposite.

Keep trucking and handicapping well, everyone.